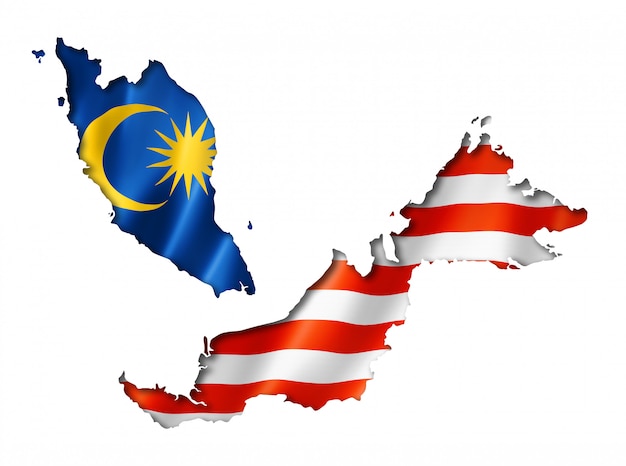 1. Naming babies after fruits, colours or even Japanese cars

According to Section 16 of the Births and Deaths Registration Act 1957, the Registrar has the authority to object to a name if it does not comply with the National Registration Department’s set guidelines. Restrictions are placed on names that include colours, animals, fruits, vegetables, natural elements, numbers, food and even adjectives.

Jaywalking is banned in Malaysia although it has essentially become a part of our lives to conjure up the power of the hand and stop massive flows of traffic mid-stream. However, according to the law, crossing a street without the help of a zebra crossing or a pedestrian bridge is in fact illegal. Failure to uphold this law as stated in Section 45 of the Road Transport Act 1999 could lead to a minimum fine of RM30 and a maximum fine that reaches a mountainous RM500.

3. Throwing a ring into a river

From throwing someone else’s ring into a river to melting an ice-house, these strange scenarios are considered acts of mischief in Malaysian law. Word for word, – if “A introduces water into an ice-house belonging to Z, and thus causes the ice to melt, intending wrongful loss to Z. A has committed mischief.” Found under Acts of Mischief in Penal Code 425, ring throwers and ice melters will be fined if found that their mischievous acts were fuelled on mal intent.

Couples should think twice this Valentine’s Day before displaying excessive acts of public affection. Under Section 294(a) of the Penal Code, indecently acting and annoying others in public places like parks, streets and even theatres could have you fined or imprisoned for three months. Put into action back in 2006, a couple was charged and found guilty in court after acting “disorderly” in a public park. Their crime? They were passionately kissing and hugging under a tree.

5. RM100 fine when your dog chases a stranger

Your dog suddenly runs loose from her leash and decides to playfully chase a stranger – well unfortunately both you and Fluffy have now committed a crime. According to Act 336, “Dogs running at persons” is an actual law where dog owners will be held accountable and fined RM100 if their dog is caught chasing a stranger.

6. Accepting food or drinks from strangers before and after voting

If someone offers you a snack like a bun or croissant whilst queuing up to vote, make sure to politely decline. However, if you did accept any form of edible or drinkable substance before casting your electoral vote, don’t be surprised if you’re asked to step out of the voting line. With risks of being locked up in jail for two years, facing a maximum fine of RM5,000 and suspended from voting for up to five years – breaking the Election Offences Act 1954 for a croissant just really isn’t worth it.

Despacito, more like Despacino. Upon translating the Spanish version into English, Despacito’s tune has been deemed too explicit for Malaysian ears and singing it out loud could land you in jail for three months. Containing lyrics with sexual references, RTM and other public radio stations were banned from playing Despacito back in 2017. Besides sexual references, even Take Me to Church by Hozier has been banned on mainstream radios like Hitz fm due to its religious content.

Well, for fortune tellers and mystics out there, you’d better foretell that your next customer isn’t a police officer or else the only future you’re going to see is one with a hefty fine or months behind bars. In Act 336, “deemed to be a rogue and vagabond” those who claim to foretell futures and read palms could easily face fines of RM250 or imprisonment for up to six months.