Here is another ship from the Eaglemoss Collection. Another ship that was introduced during the 7 season run of Star Trek : Deep Space Nine is the Jem Ha’dar Fighter. A Jem’Hadar fighter (also referred to as an attack ship or patrol ship) was a small type of warship that formed the bulk of the Dominion fleet. These versatile starships were also known to perform the roles of patrol ships and scouts. 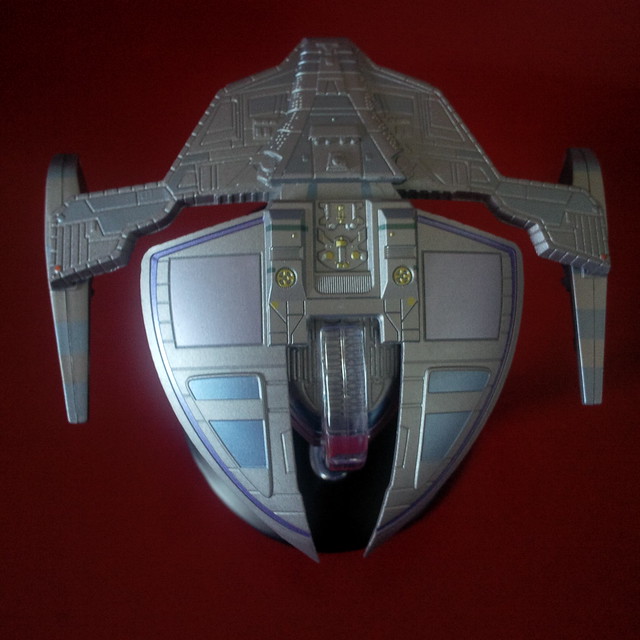 Jem’Hadar attack ships were vaguely insectoid, looking much like a Terran scarab in design. Extremely sturdy, these warships were capable of surviving the impact onto a planet’s surface. As well, Jem’Hadar attack ships were able to land intact on a planet and take off again. Once landed, the Jem’Hadar could land troops from the warship from a large access hatch on the belly of the ship. Although highly maneuverable, they lacked the edge in maneuverability that Starfleet’s Danube-class runabouts possessed. Despite this, they still heavily outgunned the smaller Federation vessels. 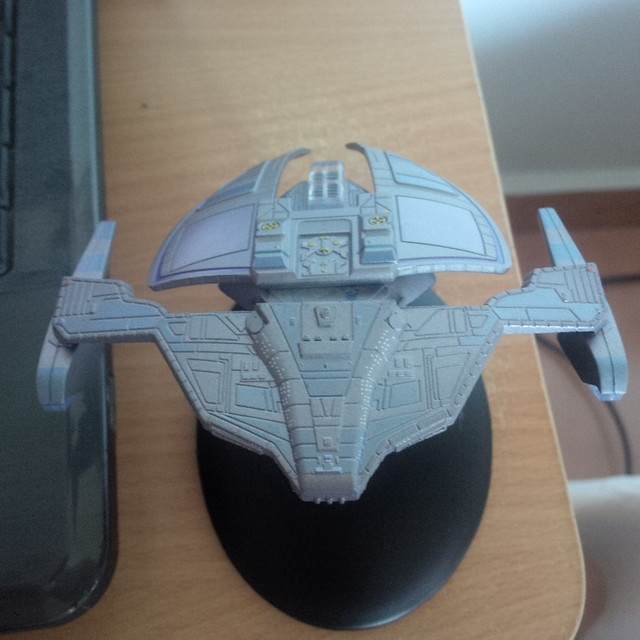 Jem’Hadar fighters generated a 39 cochrane warp field and were capable of achieving the speed of warp 7. When this tactic was used against the USS Odyssey in 2370, Commander Benjamin Sisko explained that it was the Jem’Hadar’s way of “showing us how far they’re willing to go”, in response to the shocked Miles O’Brien comment regarding the Federation’s retreat from the battle.Outside of conventional weapon use, these ships were also used in performing kamikaze attacks on enemy vessels, which allowed them to inflict more damage than their weapons alone could perform. 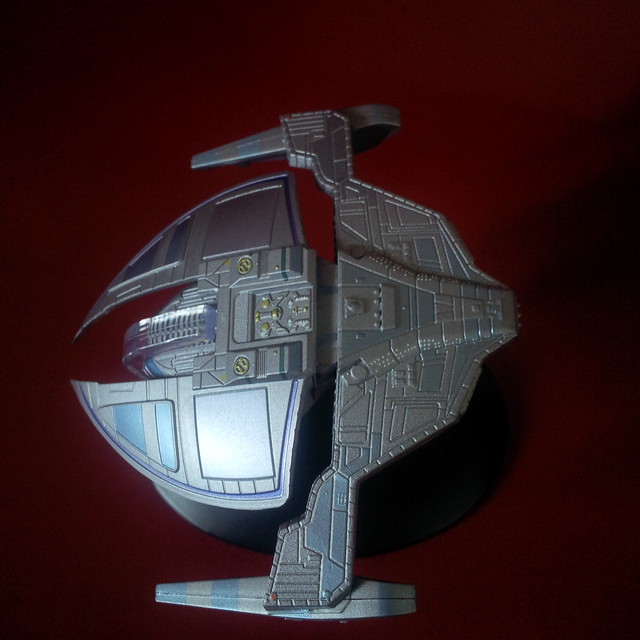 This class of vessel possessed transporter technology that was capable of transporting through Federation shields. The deflector technology that was employed by the attack ships was impervious to tractor beam locks. This form of deflector technology was unknown to Federation science as of late 2370. The shields of a Jem’Hadar attack ship were weakest at the ships’ dorsal field junction. In addition, cloaking technology would not reliably hide a vessel from a Jem’Hadar fighter’s sensors because they used a form of antiproton beam. 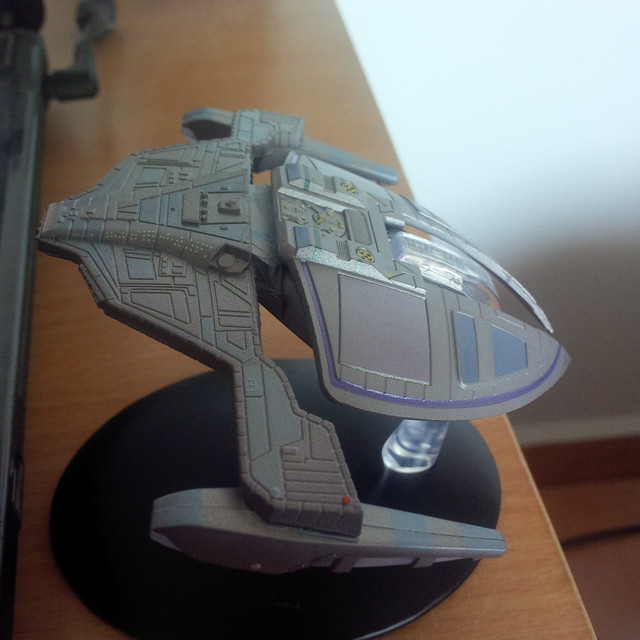 The fighters were typically commanded by a Vorta and a Jem’Hadar First. The bridge had no chairs, and only two head-mounted virtual display devices instead of a viewscreen. The bridge was designed to contain three side doors and two floor hatches leading to other parts of the ship. Jem’Hadar attack ships lacked numerous amenities that were otherwise taken for granted on Federation starships, including an infirmary and food replicators.

And awesome ship that looks great in my collection. Here is the video.