So onto the USS Enterprise NCC-1701-B model from Eaglemoss’s Star Trek Starship model. USS Enterprise (NCC-1701-B) was a 23rd century Federation Excelsior-class starship operated by Starfleet. This was the third Federation ship to bear the name Enterprise. In design it was a refit of the Excelsior class starship. The Excelsior-class was a type of Federation starship used by Starfleet from the late 23rd century through the late 24th century. It was the backbone of Starfleet for nearly a century, making it one of the longest serving starship designs, and one of the most recognizable ships in the fleet. 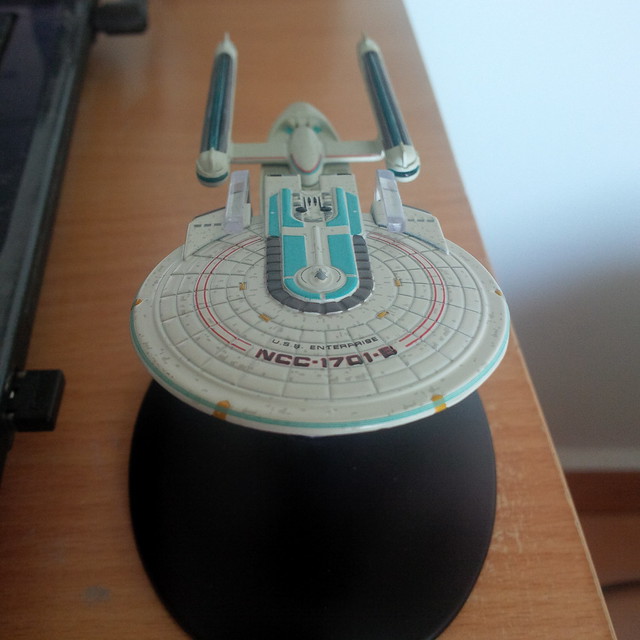 in the year 2293, the Enterprise-B was commissioned. Soon thereafter, the starship was launched under the command of Captain John Harriman from a drydock orbiting Earth. The ship was christened with a bottle of Dom Pérignon, vintage 2265. Honored guests aboard for the ship’s maiden voyage included Captains James T. Kirk, Montgomery Scott, and Commander Pavel Chekov of the decommissioned Enterprise-A, along with many journalists. The vessel was still incomplete at the time of launch and did not have a medical staff, photon torpedoes, or a tractor beam, all of which were scheduled for delivery the following Tuesday. 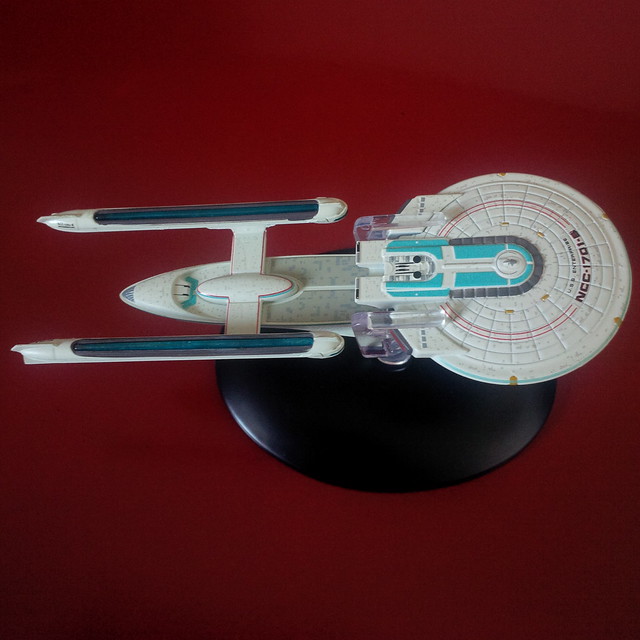 Her first journey was mostly for publicity purposes, and the ship was not scheduled to venture much past Pluto. However, the Enterprise-B was the only ship in range capable of responding to a distress call from two Federation transport ships, the SS Lakul and the SS Robert Fox. The ships, which were carrying El-Aurian refugees, had become trapped in an energy distortion called the Nexus. Because the Enterprise-B lacked equipment necessary to rescue the ships, the Robert Fox was destroyed before the Enterprise could transport its passengers. Only 47 were brought aboard from the Lakul before it, too, was destroyed. Chekov served as a makeshift medical officer, enlisting several journalists to help treat survivors including Guinan, future bartender on the USS Enterprise-D, and Tolian Soran. 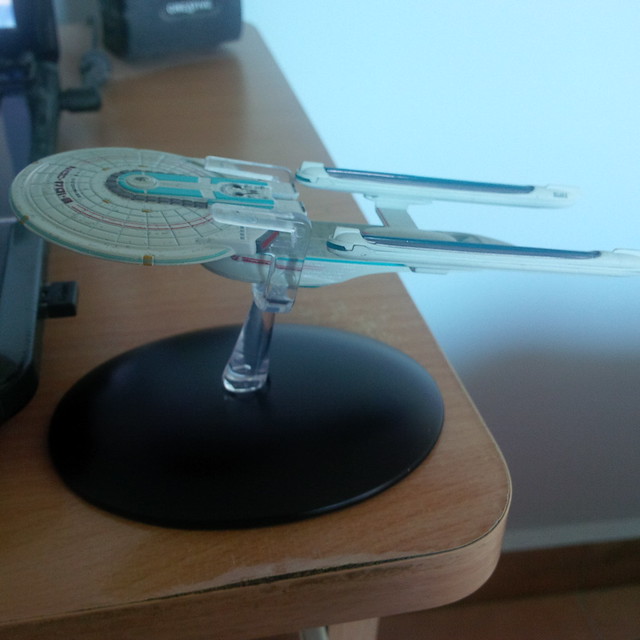 The Enterprise itself became ensnared within the Nexus when she maneuvered within transporter range of the Lakul. Scotty devised a plan to use a resonance burst from the deflector dish in order to simulate an antimatter explosion and free the Enterprise. Kirk went to deflector control to make necessary modifications as the Enterprise’s engineering hull was struck by an energy tendril; Harriman was going to do it himself, but Kirk took the role instead, deciding that Harriman, as the ship’s captain, was needed on the bridge, and in the captain’s chair. The Enterprise escaped with minor casualties and a hull breach along sections 20 through 28 on decks 13 through 15. Kirk was believed killed in the breach, and the mission became notorious because of his loss. 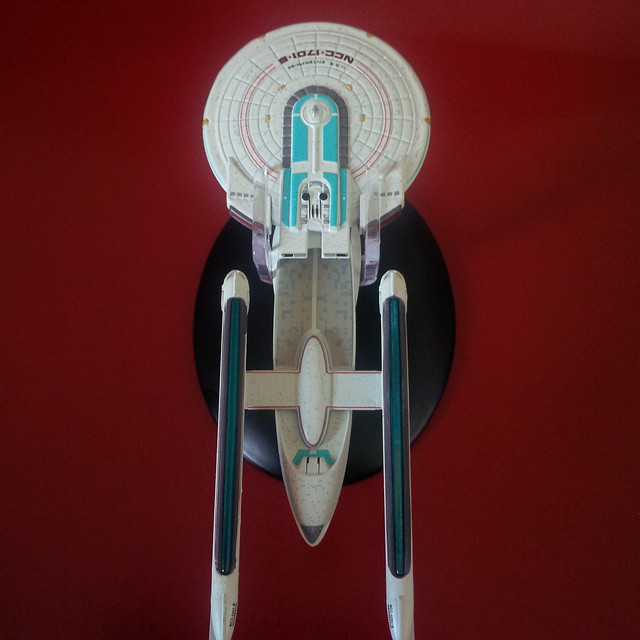 Once fully integrated into the fleet, the Excelsior’s sister ships were used for a variety of mission profiles, ranging from deep space exploration and terraforming missions, to patrol duty, to courier and transport runs. The Excelsior-class was present in several major Federation engagements, including the Borg invasion of 2366-2367, where it participated at the Battle of Wolf 359, as well as the engagement against the Borg sphere that entered the Sol system in 2378. The generally accepted length of 1,531 feet (466.6 meters) can be traced back to a size comparison chart developed for Star Trek III: The Search for Spock. She could accomodate 750 officers and crew; 130 visiting personnel; 9,800 personal evacuation limit. 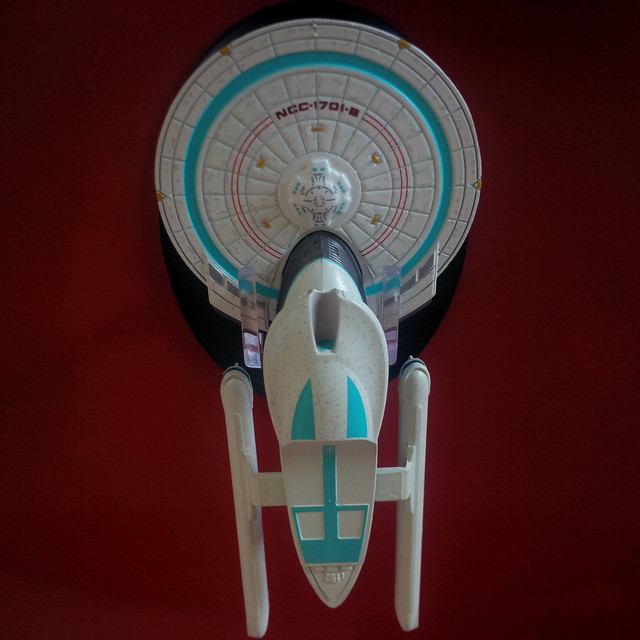 So I hope you enjoyed the photos and little bit of information of the ship as seen in the movie Star Trek : Generations. It’s not my favourite design but it does look good on screen. I’m sad that the model did not come out as good and it is small. Disappointing! But here is the closer look video of the Enterprise B.