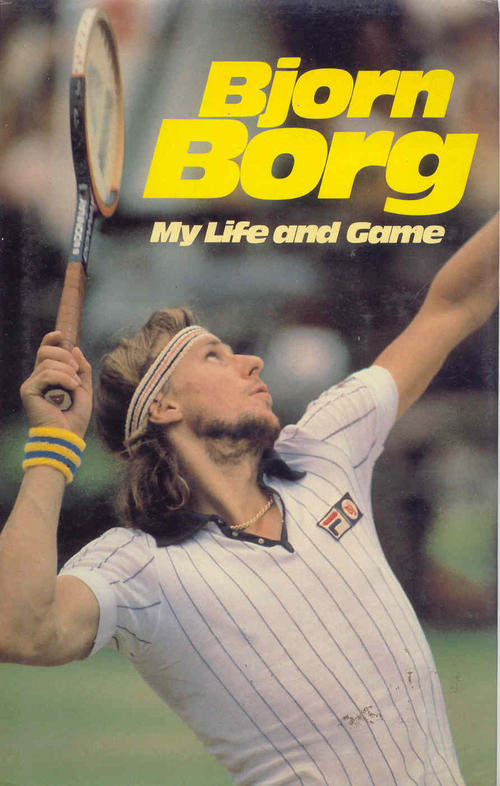 Hmm funny enough I haven’t read that many biographies or memoirs but I actually find them very interesting and would like to read more. The very first one I read, and I remember this so well cause the book is something that I  hold very dear to me, is My Life & Game which tennis legend Bjorn Borg co-wrote along with the writer Eugene Scott. Published in 1980, it is a fascinating read in which Borg tells us his story from his childhood, to how he won his first real tennis racquet, to playing in the juniors and then on turning professional. He writes a lot about the events and things that happened to him uptil 1980. By the time the book was published, Borg had won his 5th French Open title and also won his 5th consecutive Wimbledon title.

He talks about his rivals, his friends, some great matches and tournaments. His endorsement deals are showcased. One of things I remember well is how he explains his initial emotional outbursts on losing badly during the junior years and how his coach smacked some sense into him. He wrote about being embarrassed about his behaviour and that led him to change his demenour and outlook and a legend was born – Borg the professional player was known for his stoic approach, barely any emotional displays and reported to have “ice” flowing in his veins aka the IceBorg nickname! The book also talks  about his romance with Romanian player Mariana Simionescu (who he later divorced) in July 1980.

Although I have since read a few more biographies/ memoirs, this one stands out as it was the first one I read. I was 11 when I started getting into liking & watching tennis and I got this book, along with a few others, back in 1988. I must have read this from cover to cover atleast 20 times. I think I sold this book along with a whole bunch of other just before I moved houses. But I always tend to remember this one very well.