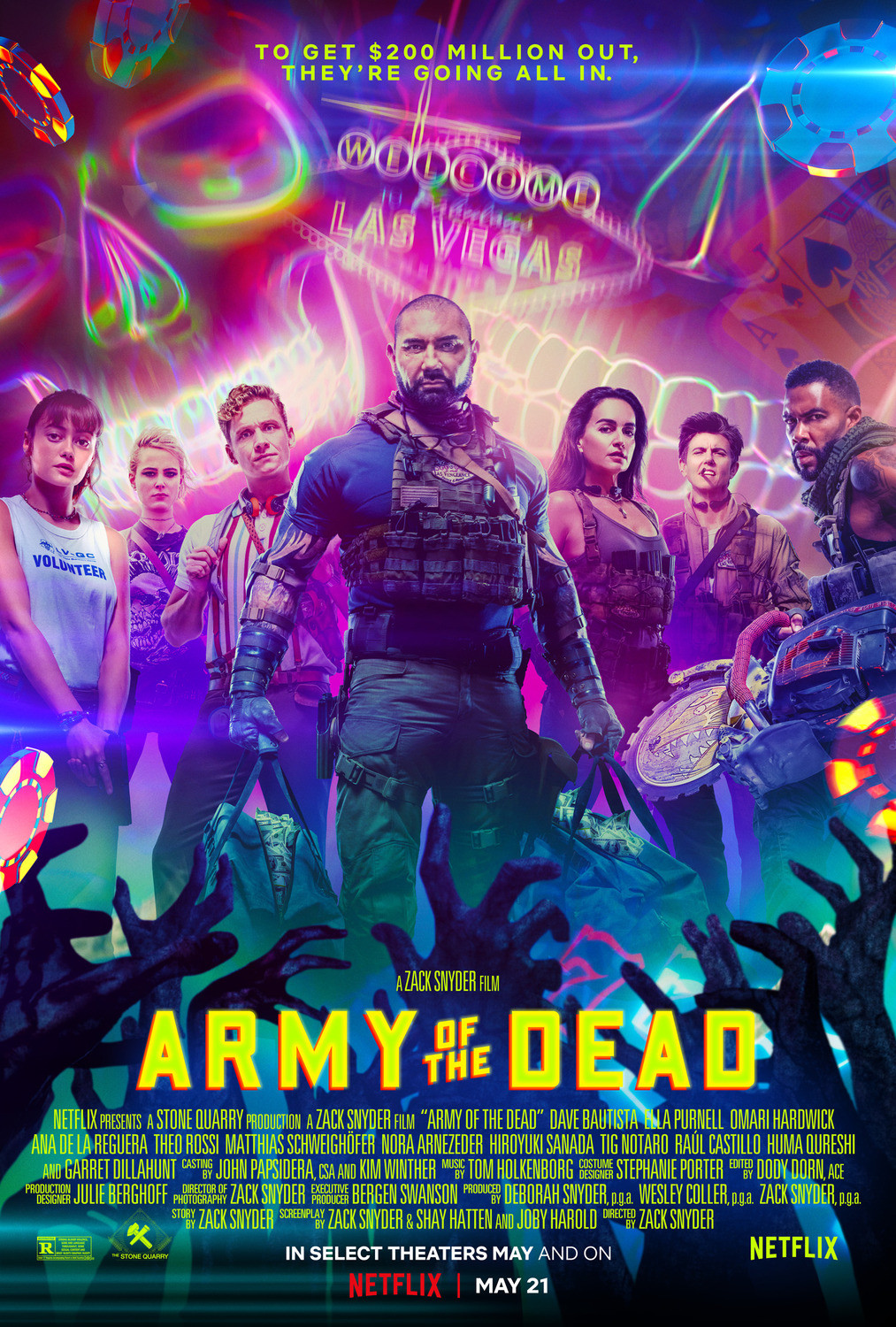 The film underwent reshoots in September 2020 after several sexual misconduct allegations were made against cast member Chris D’Elia; he was replaced by Notaro using green screens and CGI. Army of the Dead was released in select theaters in the United States on May 14, 2021, and was digitally released on Netflix on May 21. Critics praised the film for its humor and found it would appeal to fans of “both Snyder and ensemble action flicks”, but criticized its runtime. It grossed $1 million at the box office and became one of the most-watched original Netflix films with an estimated 75 million viewers. The film also spawned a franchise consisting of the spin-off prequel Army of Thieves; an upcoming anime-style series subtitled Lost Vegas; and a direct sequel titled Planet of the Dead which is in development.