Granit Xhaka to be announced as an Arsenal player within hours as he poses in kit. He leaves Borussia Monchengladbach for around £30m after four years at the Bundesliga club. Arsenal are yet to confirm the news but these pictures from inside the Gunners’ London Colney training complex appear to show Xhaka posing for photos ahead of his unveiling. The midfielder has a big reputation in Germany and at 23 is expected to have a bright future. The move has been a long time coming with Xhaka repeatedly insisting he wanted the deal done before this summer’s Euro 2016 in France. He flew to England yesterday after Arsene Wenger made a breakthrough in negotiations. The 23-year-old then would have undergone a medical before signing his contract and completing the formalities. 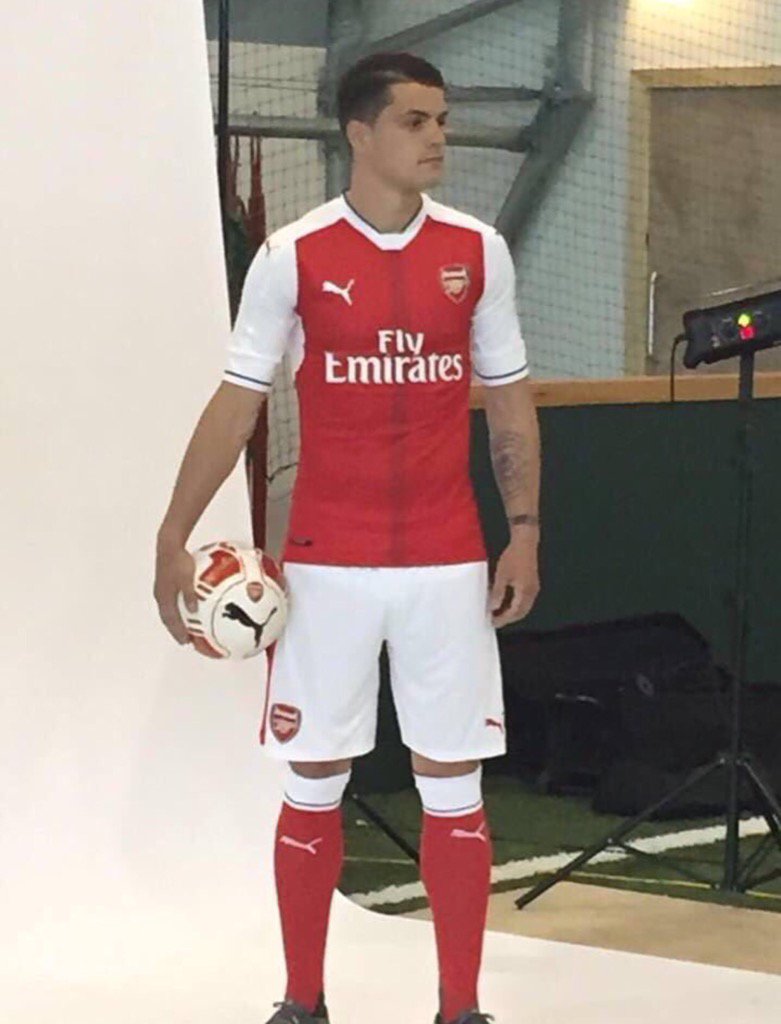 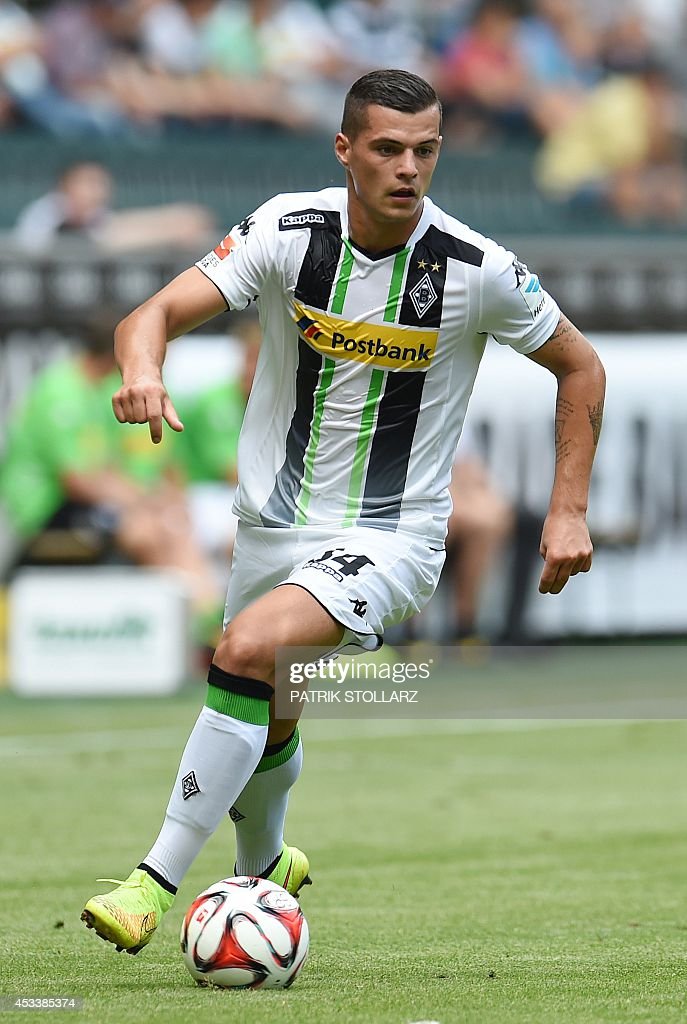 Xhaka, 23, flew to London on Friday to undergo a medical and agree personal terms with the Gunners, with both sides eager to get the deal done before Xhaka joins the Switzerland squad for the European Championship. Arsenal would not confirm the authenticity of the photos, which also showed the midfielder holding up an Arsenal shirt and standing outside the training facility. But a source told ESPN FC the deal was close to being finalised and that the club hoped to announce the signing as soon it was completed. Arsenal have been in talks with Gladbach for weeks after manager Arsene Wenger made powerful central midfielder Xhaka one of his top targets.

Gladbach sporting director Max Eberl confirmed earlier this week that the German club had received an offer for Xhaka, but declined to name the interested party and insisted no agreement had yet been reached. Xhaka has impressed for club and country in recent years, and revealed that he wanted to resolve his future before representing Switzerland at Euro 2016.