It’s been a very long time since I’ve been to a bar. Last year in July infact. Why? The reason is money. After the two year alcohol ban in bars and hotels in the state that are not 5 star (a fucking stupid decision by the stupid old corrupt asshole who formed the government in Kerala bowing down to pressure from equally corrupt and hypocritical asshole organizations) the hotels and bars have jacked up the prices of alcohol and beer once the current government allowed the ban to be curbed. 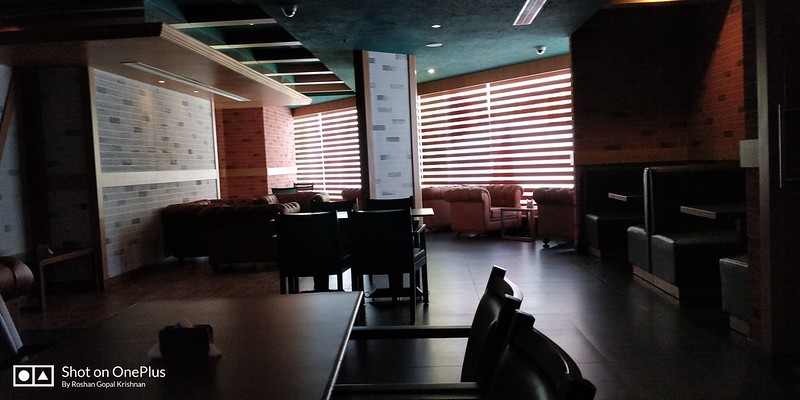 As the tax is now higher the bars and hotels have (or rather not have to, they can reduce it quite a bit) chosen to charge you premium money for drinking in their establishments. So why go to bars and pay Rs.200 to Rs.300 for a can or a 650 bottle of Heineken, Carslberg, Touborg or Budweiser when you can go to the Bevco and buy them for Rs.90 to Rs.100 or Rs.130 (for Heineken) and drink it at home in the comfort of wearing you lungi or shorts? That’s what I have been doing for a while. 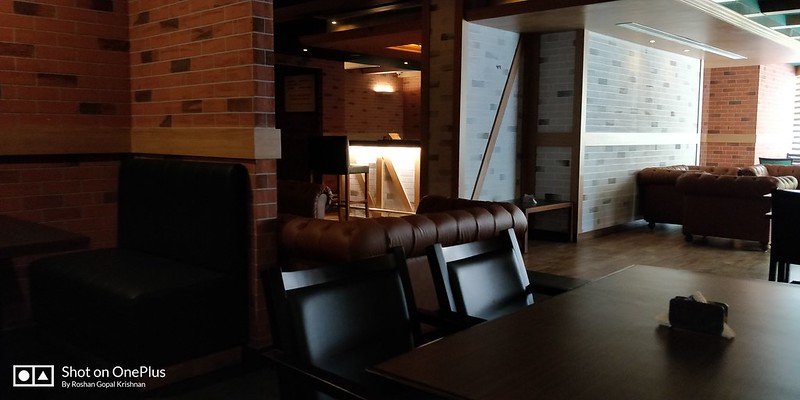 I go once every two months with my cousin to a Chinese restaurant called Golden Dragon for beers and good food. But yesterday was the first time I have been to a bar in a while. The Blue Rock Resto Bar inside the Olive Downtown hotel is an awesome place that started in December of last year. This is an awesome bar where you can watch some football on their tvs and enjoy a few. But things are expensive. 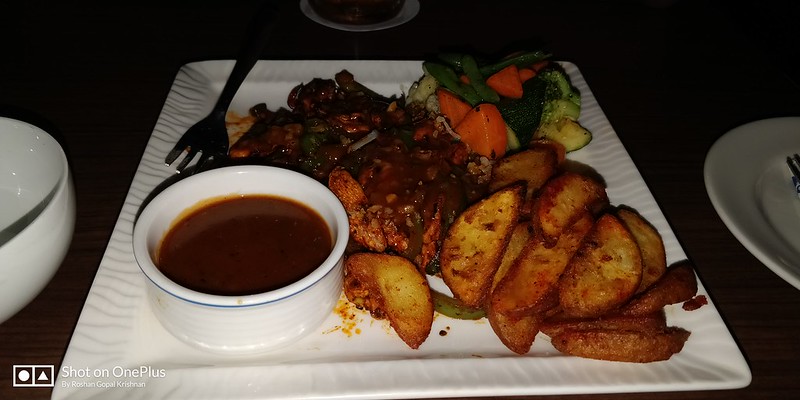 We had 4 Heinekens which were expensive at Rs.380 but we got one of them free as it was Happy Hours at the time. I am disgusted at the prices but it was the stupid old men in power who made this happen. They steal from the people and can afford to go to expensive bars and enjoy while we want to save money. Anyways, the bar gives you free potato sticks in a bowl that they filled after we finished the first one. We ordered a grilled chicken and veggie platter as the appetizer. It was good but I must admit that I enjoyed the grilled veggies and potato wedges more than the chicken. It came with a small bowl of their bbq sauce or gravy which was awesome. 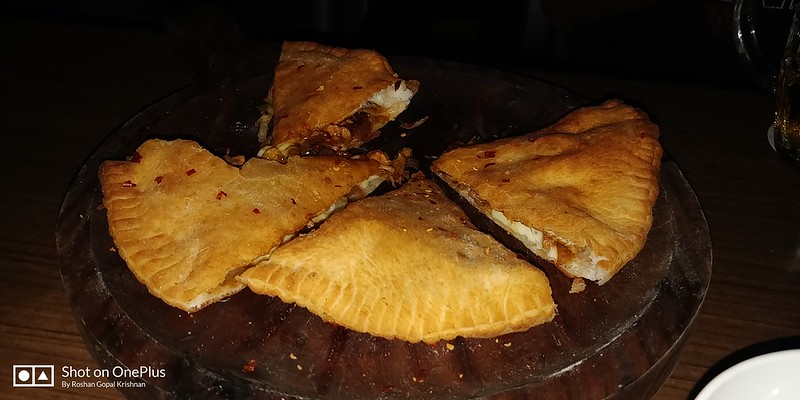 Later we ordered a fried pizza, which is more like a calzone and though it was not what we were expecting, it was tasty. We were there for almost 3.5 hours after which we were both sleepy and hence left. We also stopped for some donuts at the cafe beneath the bar and then went to our respective homes. 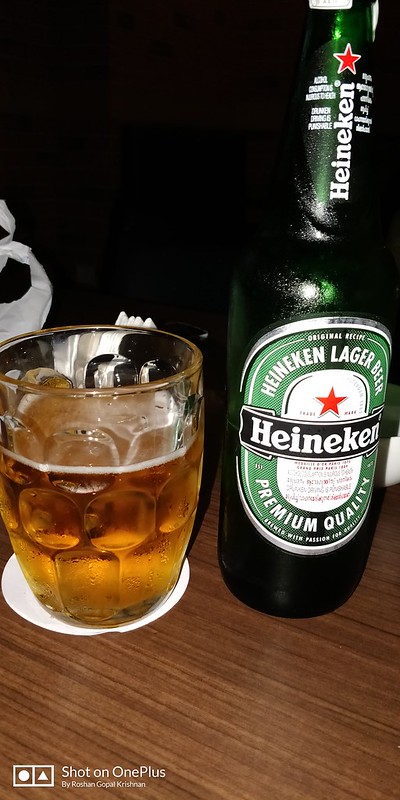