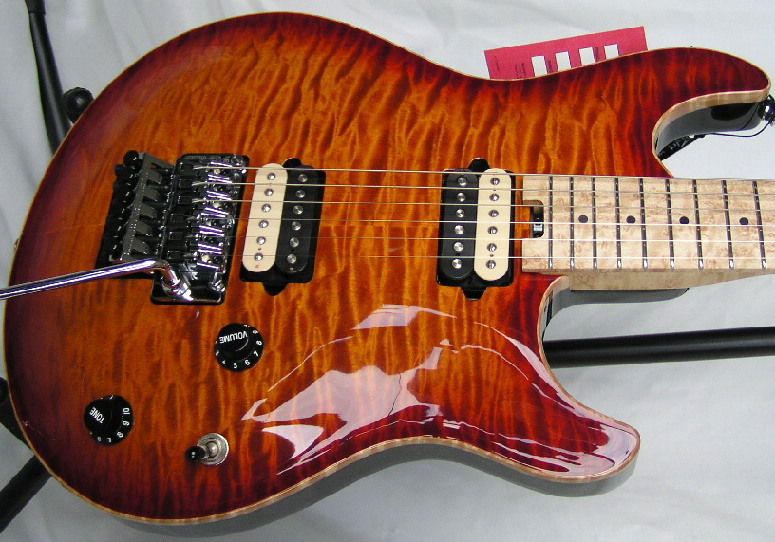 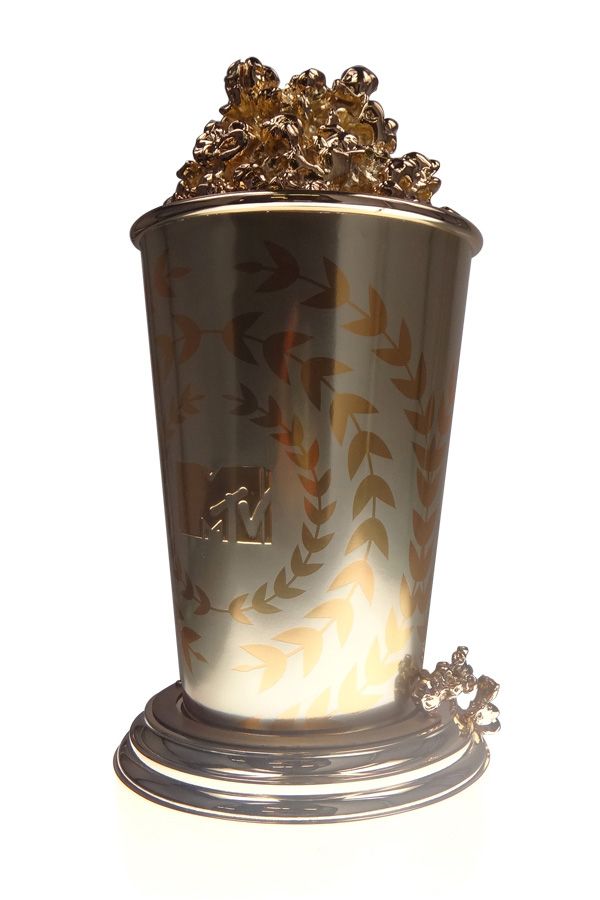 A few days ago, 6th June, I saw a couple of news articles online that was making fun of Jennifer Lopez’s acceptance speech at the MTV Movie & Tv Awards. She was being recognized for her long career and given the Generation Award for actors whose diverse contributions have made them household names. She also took home best song — a new category — for the track “On My Way” from the “Marry Me” soundtrack.

For one – I wasn’t even sure that MTV was still a thing. I was under the impression that the channel was dying a slow & painful death. It has stopped being a big name in the entertainment industry many, many years ago and the writing was on the wall when they stopped concentrating on music videos, interviews, specials and live shows. Instead they went on the boring relatity shows, dating shows and nonsensical scripted shows that never gained much fanfare and to be honest, I stopped even accepting their existence almost 15-16 years ago. They also had an awards show which was for movies & tv which I kinda tried to watch for a few years but that too faded away since I stopped watching tv altogether in 2010.

So I had a look at what Jen from the block had said; apparently she had made an emotional speech about how believers and skeptics contributed to her success. Now I do not care for Jen or her music (yuck) and most of her movies. I have only watched 3 of her movies – Anaconda in which she appears and then 2 of the Ice Age movies in which she voices a character. But getting that award is good for any artist. Heck, Jack Black was also honoured for his length career and received a career achievement award, Comic Genius. He ran onstage and seemed almost out of breathe before giving his acceptance speech. And don’t tell me that you wouldn’t want one of these gold popcorn in a bucket trophy adorning your mantel or display cabinet. I would. 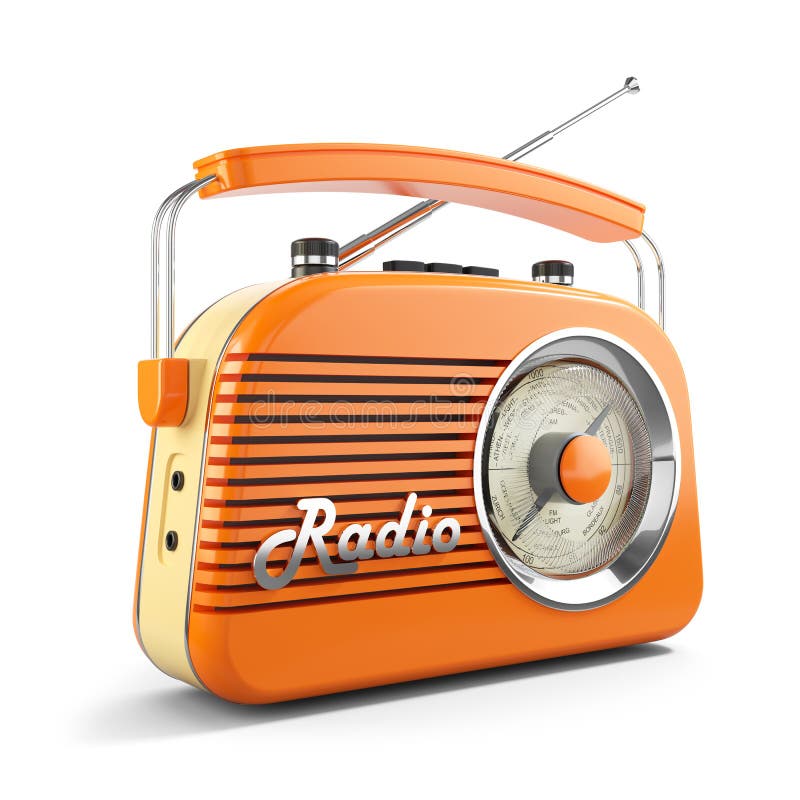 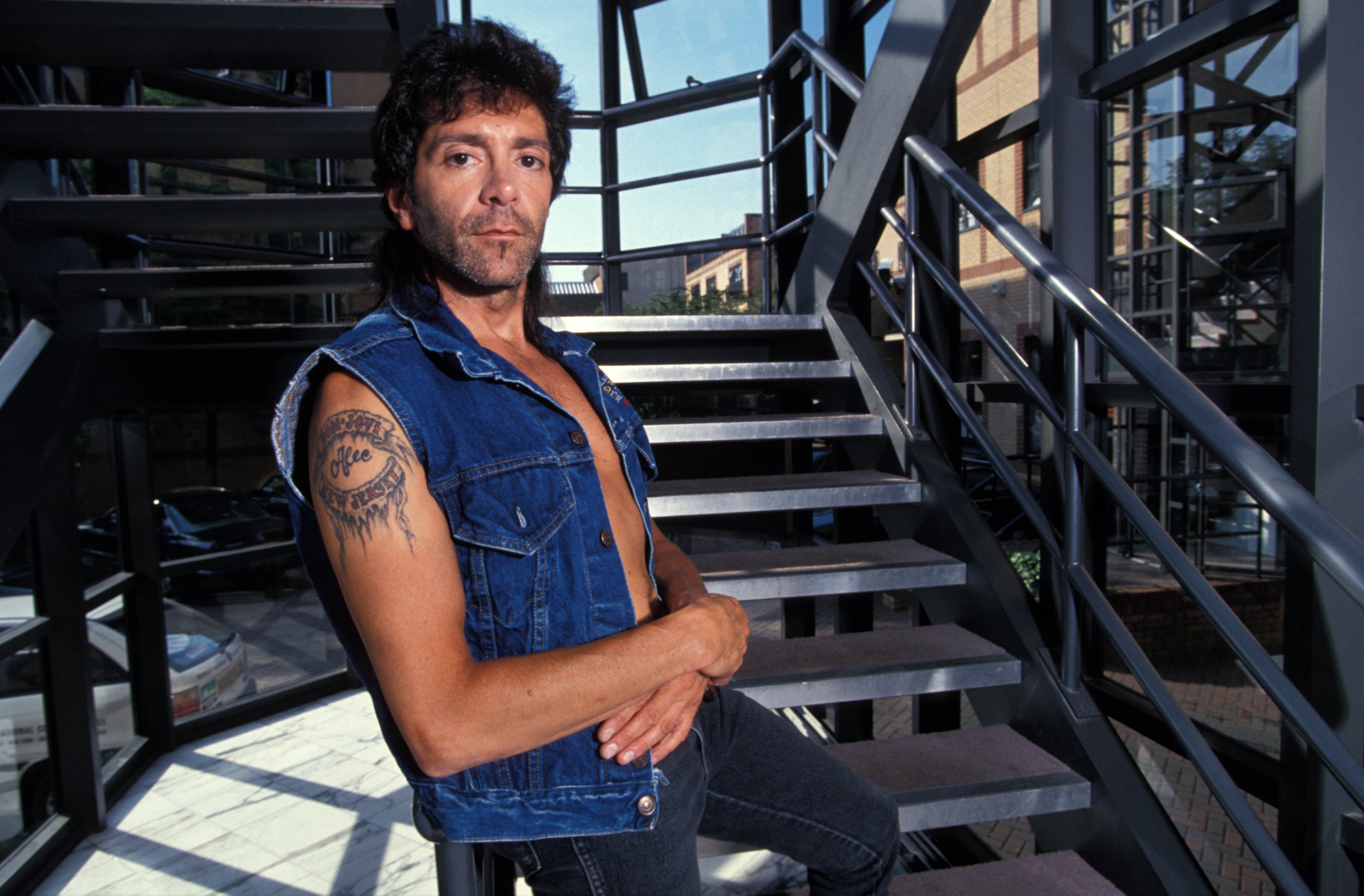 Rock musician & bassist Alec John Such, a founding member of Bon Jovi, has died at the age of 70, Jon Bon Jovi  announced on social media today (June 5). A cause of death is as yet unknown. “We are heartbroken to hear the news of the passing of our dear friend Alec John Such,” Bon Jovi posted. “He was an original. As a founding member of Bon Jovi, Alec was integral to the formation of the band. … To be honest, we found our way to each other thru him — He was a childhood friend of Tico [Torres] and brought Richie [Sambora] to see us perform. Alec was always wild and full of life. Today these special memories bring a smile to my face and a tear to my eye. We will miss him dearly.”

Born in Yonkers, New York on November 14, 1951, John Such played in an earlier band with Sambora, The Message, before ultimately joining Bon Jovi. In the early 1980s, John Such was the manager of what was then the Hunka Bunka Ballroom in Sayreville, New Jersey. It was there where he booked Jon Bon Jovi & The Wild Ones, seeing the potential of a young musician with a mission. John Such brought Torres and Sambora into the band, while Bon Jovi brought in his childhood friend David Bryan, who had been a part of an earlier band, Atlantic City Expressway. The band’s debut album, Bon Jovi, which was released on January 21, 1984. The album included the band’s first hit single, “Runaway“, reaching the top forty on the Billboard Hot 100. The album peaked at number forty-three on the Billboard 200 album chart. The group soon found itself opening for Scorpions in U.S. and for Kiss in Europe.

In 1985, Bon Jovi’s second album, 7800° Fahrenheit, was released. The band released three singles: “Only Lonely”, “In and Out of Love” and the ballad “Silent Night”. The album peaked at number thirty-seven on the Billboard 200 and was certified Gold by RIAA. Then came the big one – the band’s third album, “Slippery When Wet,” would end up selling 12 million copies and its follow-up, 1988’s “New Jersey,” scored even more hit songs. Burned out by large stadium tours around the world for what was almost 4 years, the band would take a long break before coming back to release 1992’s Keep The Faith, which would turn out to be Alec’s last album with the band. They visited 37 countries, performed 177 shows and seen them play to 2.5 million fans on the Keep the Faith Tour/I’ll Sleep When I’m Dead Tour.

Alec was 43 at this stage and he said he was getting burned out. He was older than the rest of the band by 10 years and was 31 when the band started. He had lied about his age to the press. At the time in 1994, Bon Jovi compared Such’s departure to that of Bill Wyman from The Rolling Stones. He was replaced by bassist Hugh McDonald, who became an official member of the band in 2016. When the band was inducted into the Rock and Roll Hall of Fame in 2018, John Such was reunited with the group and gave an eloquent speech.

Following the departure from Bon Jovi, Alec briefly managed the band 7th Heaven and set up a motorcycle shop in New York City. He also performed with the band at Giants Stadium before retiring officially from music in 2001. Such was in relationships with Rita Rae Roxx in 1984 and Jane Books in 1989 but never really got married to either of them. 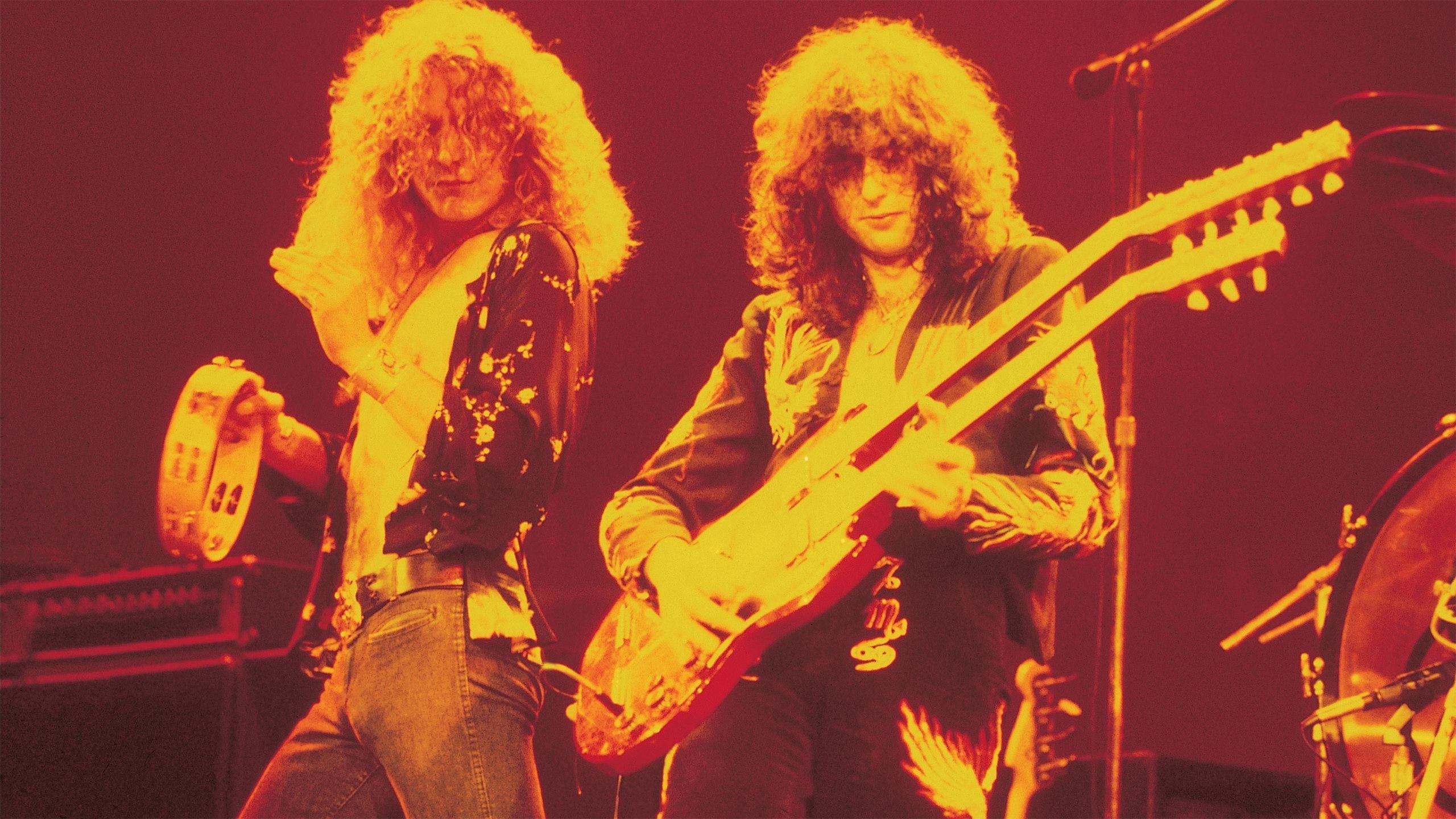 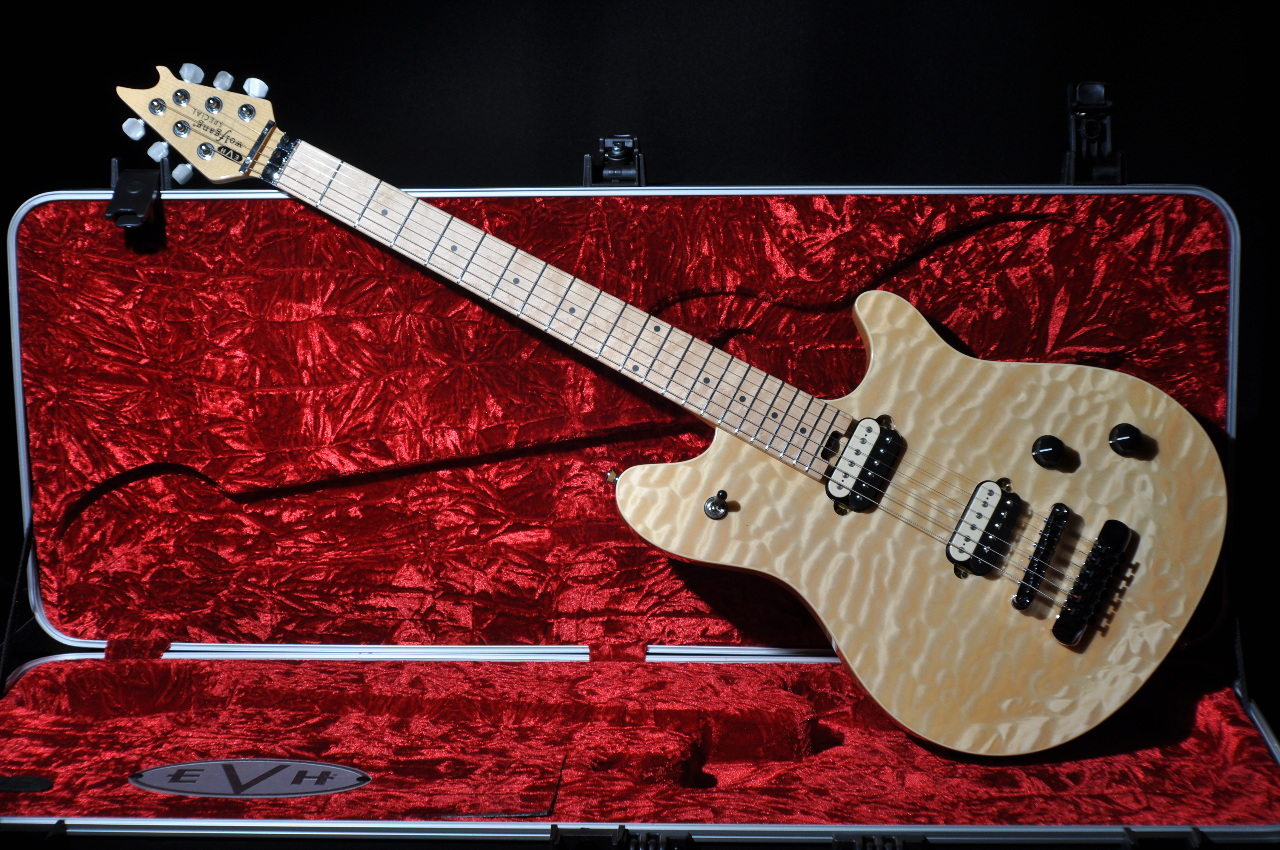 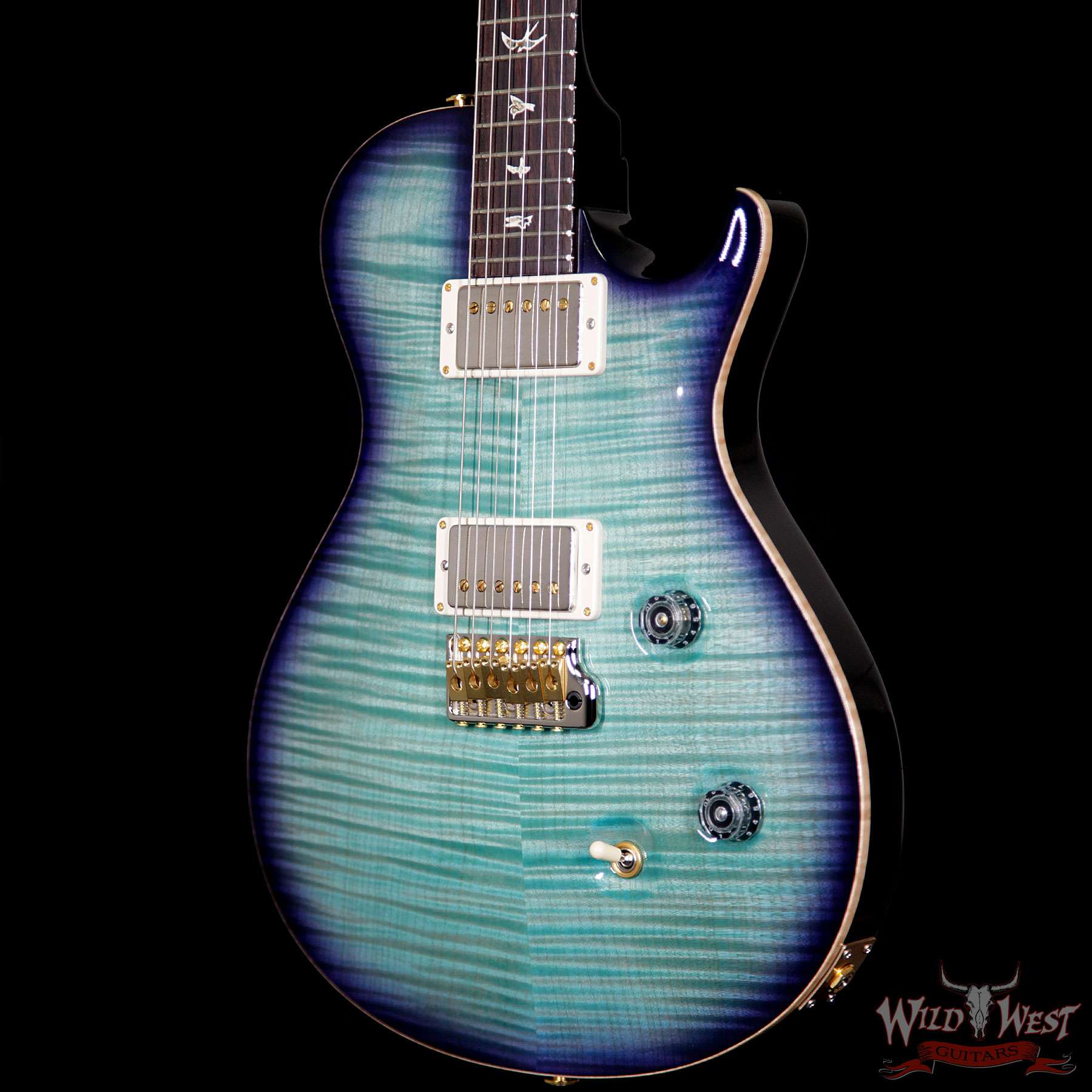 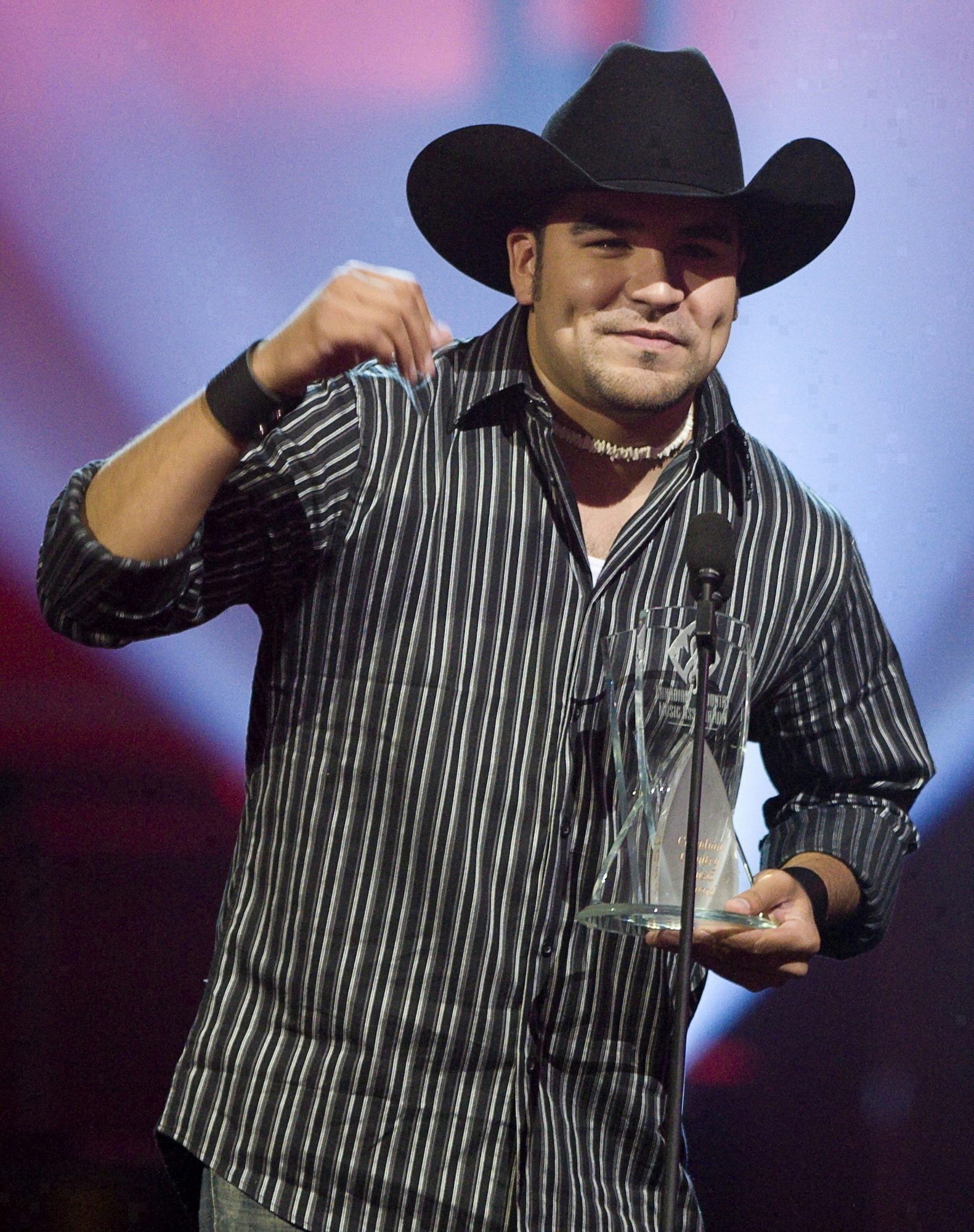 Canadian country singer & singer-songwriter Shane Yellowbird has passed away at the age of 42 on April 25th. A Cree, in 2007, he was named the Aboriginal Entertainer of the Year at the Aboriginal People’s Choice Music Awards, Chevy Trucks’ Rising Star of the Year at the Canadian Country Music Awards and his song “Pickup Truck” was one of the year’s ten most played country songs. The Calgary based singer suffered from epilepsy and had occasional seizures.

While his career was shorter than some, he accomplished more than many could hope to. It started when a speech therapist suggested he start singing to help control a stutter. His impressive voice began winning competitions, then landing him gigs on bar stages where his manager Louis O’Reilly first saw him. he released his debut album titled Life Is Calling My Name. The album includes the singles “Beautiful Concept,” “They’re All About You,” “Pickup Truck” and “I Remember the Music.” In November 2006, Yellowbird won three awards at the Aboriginal People’s Choice Music Awards ceremony, including Best New Artist, Single of the Year (“Beautiful Concept”) and Best Video (“Beautiful Concept”).

Yellowbird opened the 2007 Aboriginal People’s Choice Music Awards, starring with Lorne Cardinal and Gabrielle Miller of Corner Gas. Later that evening, he was named the Aboriginal Entertainer of the Year. He also won awards for Best Country CD (Life Is Calling My Name) and Best Music Video (“Pickup Truck”). Yellowbird later won three trophies at the 2007 Canadian Aboriginal Music Awards, including Best Male Artist, Best Country Album and Best Album of the Year. He was also nominated for the 2008 Juno Award for Country Recording of the Year. Yellowbird’s second album, It’s About Time was released on November 17, 2009, featuring the single, “Bare Feet on the Blacktop”. In the United States, the video received a nomination from the Native American Music Association. Yellowbird won two Native American Music Awards for Best Country Recording for “Life Is Calling My Name” in 2011 and won Best Country Recording for “It’s About Time” in 2012.

At the time of his death, Yellowbird was in a domestic partnership and the couple announced their engagement hours before his death was announced. He had four children. He suffered from epilepsy and had occasional seizures. Tributes to the 42-year-old, who died Monday night after a battle with epilepsy, have been pouring in from every corner of the entertainment world. Aaron Goodvin, Craig Moritz, Jason Benoit and Aaron Pritchett are just a few who’ve been filling social media feeds with touching and colourful stories of Shane.

I really wish I could play the guitar as well as, if not as good as my fav guitarists, as good as some of the Youtube or Instagram guitarists I see on a regular basis. I had taken some lessons when I was 12 years old. I picked up the music bug, the rock music bug in particular when I was 10 and really started getting to bands and musicians when I was 11.

The tutor was a tyrant and rude and obnoxious and we couldn’t wait to get out of there after the hour was up. I therefore quit wanting to learn as I hated the guy who taught us. A bad teacher can sour things up for you, even your passion. I wish I had stuck through with it or gone elsewhere. But I wish I had because, not just that it is cool & I love music, there are some other benefits to learning to play guitar: 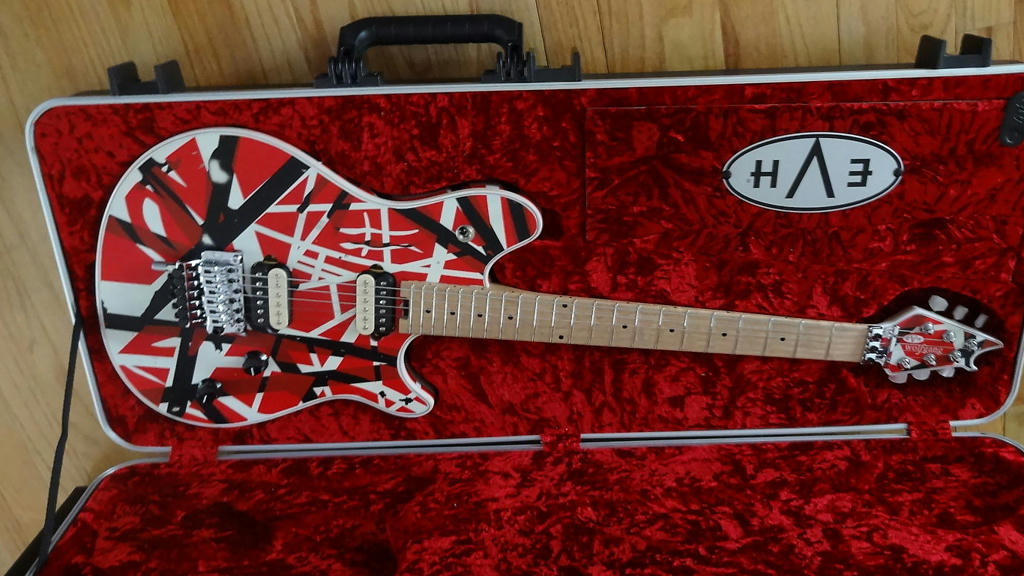 I know this is not a new song in any sense but I only “discovered” this song a few months ago. Quite by chance, as I was scrolling through Instagram reels late one night, while I lay in bed struggling to fall asleep. Then a clip of this performance comes on, the chorus part, and I was hooked. I have listened to it so, so many times. It’s been a while since a “new” (or should I say new to me) song has connected with me on such a deep level. I had heard just a couple of songs of the band Helloween before this but man, I just love this song. It’s called Forever And One and this is a live version.