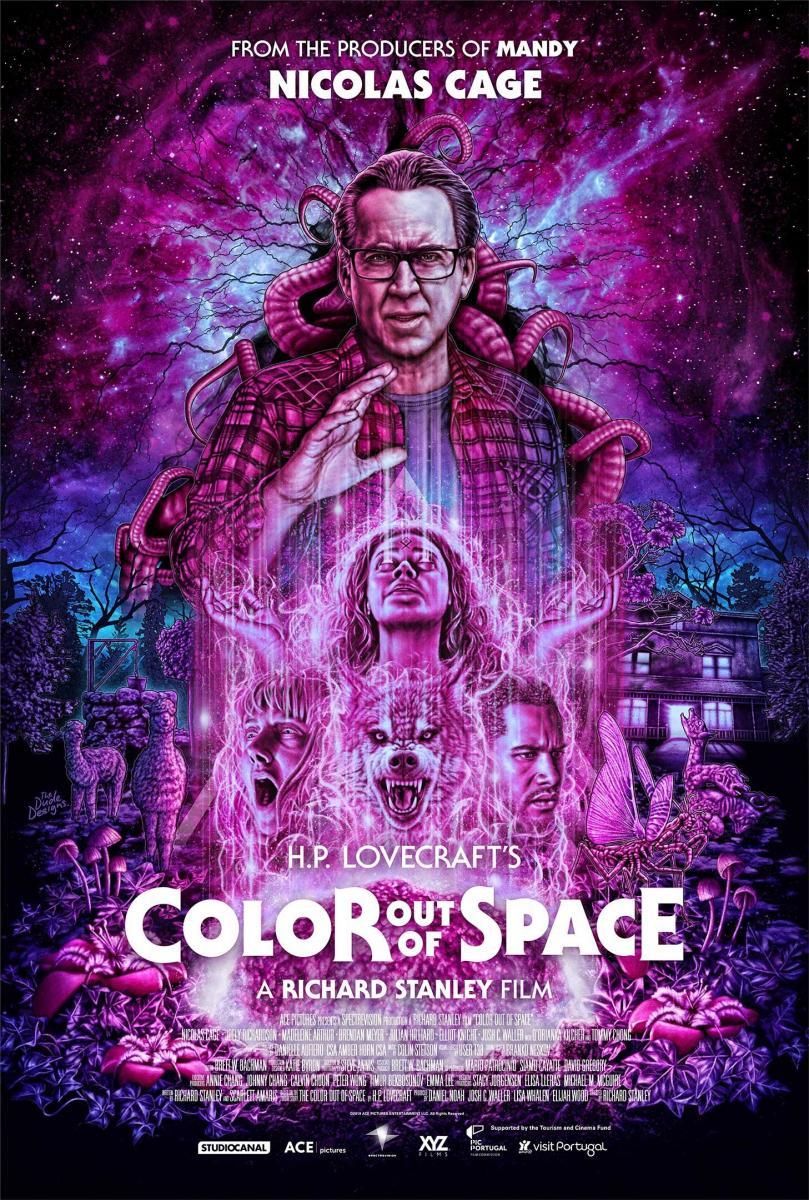 Color Out of Space is a 2019 American science fiction Lovecraftian horror film directed and co-written by Richard Stanley, based on the short story “The Colour Out of Space” by H. P. Lovecraft. It stars Nicolas Cage, Joely Richardson, Elliot Knight, Madeleine Arthur, Q’orianka Kilcher and Tommy Chong. This is Stanley’s only feature film since his firing from The Island of Dr. Moreau (1996). According to Stanley, it is the first film in a trilogy of Lovecraft adaptations, which he hopes to continue with an adaptation of “The Dunwich Horror”.