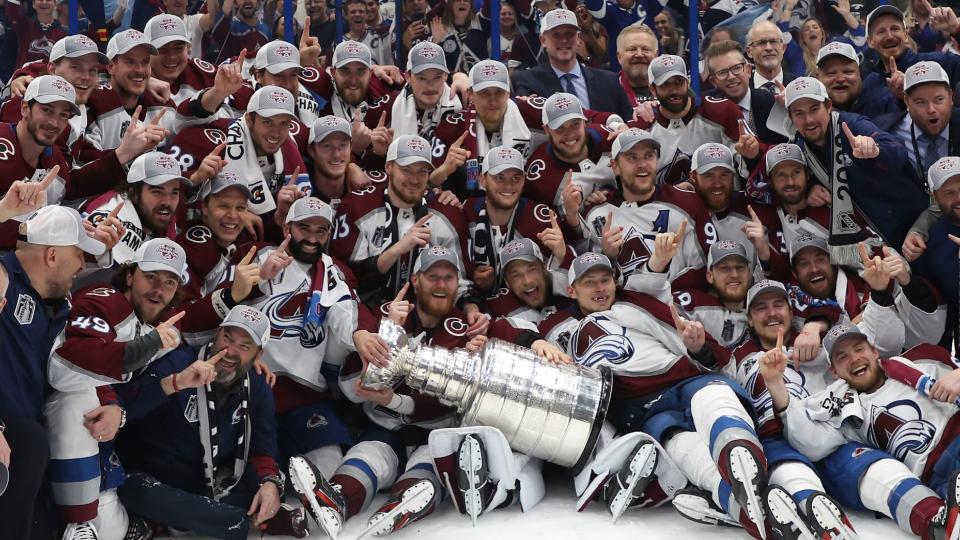 Colorado dethroned the two-time defending champions 2-1 in Game 6 en route to winning the 2022 Stanley Cup on Sunday night. Nathan MacKinnon paced the Avalanche to victory with two points (1G, 1A), while Artturi Lehkonen sealed the victory with his fourth game-winning goal of the postseason. Darcy Kuemper made 22 saves on 23 shots in the championship victory. With 29 points (8G, 21A) in 20 postseason games, Cale Makar was named the 2022 Conn Smythe Trophy winner, awarded annually to the annually to the most valuable player. For Tampa Bay, Steven Stamkos scored the lone goal, while Andrei Vasilevskiy made 28 saves on 30 shots.