Any parent knows that encouraging their kids to take part in active hobbies is a good thing. If nothing else, this is a fantastic way to encourage fitness. No parent could sniff at that in a world where more than 1 in five children are overweight or obese. Even if your child isn’t suffering with their weight, ensuring that they keep on top of exercise can see them living a happier and healthier life. If you haven’t already signed them up for some sport, then, that alone should see you reaching for your pen.

The benefits don’t end there, either. A regular sporting habit can also set children up for their futures in a lot of ways. That’s because the mentality sports induce isn’t dissimilar to the way we need to think in the working world. Sports are more than physical activities. They also teach a set of values which kids can take forward with them. You could go as far as to say that sporting is a way of life, not just a hobby. But, how exactly can a local sports club set your kids up for proper behavior in the workplace? Keep on reading to find out.

You can’t mention sports without talking teamwork. With few exceptions, the two go hand in hand. Group options like baseball and football can certainly teach kids a few things about working with others to get a job done. They can’t very well score all those goals on their own, after all. Instead, every member of the team plays a set and crucial role towards the team’s overall success. And, everyone has to respect those positions to reap the rewards of them. If that doesn’t sound familiar to you, it should. It’s precisely the kind of dynamic we see in workplaces across the world. Again, there are exceptions, but most of us need to work with our colleagues to achieve results. An office is all about different departments working towards a united goal. In industries like retail, you rely on various team members to complete different aspects of a transaction. In a field like construction, an ability to work with others becomes a matter of life or death. Whatever industry your child chooses to work in, then, you can bet they’ll thank their days on the sporting field. Start them here early enough, and they should be able to forge decent relationships in any environment. All thanks to those sports. 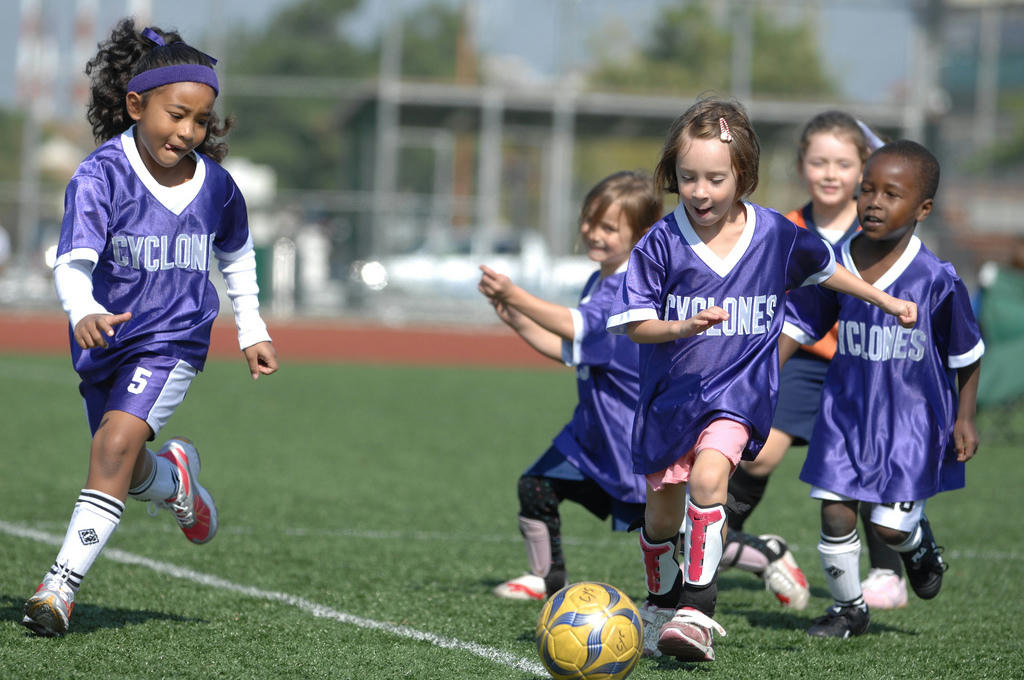 You don’t get anything if you don’t work hard

Sports are also all about working hard to achieve results. Most teams will meet at least twice or more a week to work on their game. Leading up to big matches, these practices may even increase to an hour or more every morning. That’s because you can’t win without working for it. And, you can’t achieve a decent career without doing the same. Time on that sporting field will show your child how their efforts impact the results they see. If they skip practice, they’ll lose a game. It’s that simple. This direct correlation is sure to teach them invaluable lessons about the importance of hard work. The teachings of those early morning practices could see them arriving at the office first or staying after hours to ensure that perform to the best of their ability. That outlook alone is sure to see them going far in whatever they opt to try their hand at. It could even see them climbing the ranks pretty sharpish. People who go the extra mile always come to the attention of the right people, after all.

How do you deal with pressure?

Any sport also brings a fair amount of pressure and stress. Often, this is seen as a bad thing. And, there’s no denying that overbearing parents who pile on the pressure to win can do more damage than good. But, in general, a little pressure when you’re young isn’t all bad news. The working world is a high-pressure environment every single day, after all. If you wrap your kids in cotton wool and make everything too easy for them, that shift is going to come as a real shock. So much so that they may be unable to cope with even the slightest pressure on their shoulders. In extreme cases, this can lead to mental struggles such as anxiety. It could even see them avoiding any career which threatens to challenge them. And, that isn’t good. But, it needn’t happen if they’re used the pressure of regular sporting events. The training and day itself are sure to stress them out but in a safe environment. They’ll have you and their coach to see them through and make sure the pressure doesn’t get too much. Gradually, they’ll develop their own coping mechanisms for those stressful situations. And, when they do head out to work, they’ll be able to turn to those methods to see them through the worst meetings or sales pitches.

The importance of dressing the part

Any sporting activity going requires a uniform of some kind. Often, this is a case of ease. In team sports, it’s to do with being able to spot your fellows on the field. And, it could well be the first time your child has ever had to wear a uniform for anything. While some schools in the U.S. do require uniforms, many don’t. As such, your child may only know how it feels to wear clothes they’re comfortable in. That can be problematic when they have to dress the part for work. Even if they aren’t working in a uniform-based space, there will be an expectation for them to dress to impress. And, surprise surprise, this is also a lesson they can learn from all those sports. Whether they’re going to practice or playing a match, they’ll need to have a clean uniform ready to go. And, they’ll need to wear it. Otherwise, they’ll get turned away and miss out. Whether they have to wear youth baseball uniforms or football kits, this will get them into a positive habit. When the time does come for them to head to work, then, they won’t resent that uniform need at all. In fact, they’ll embrace it with fond memories of their early sporting days. 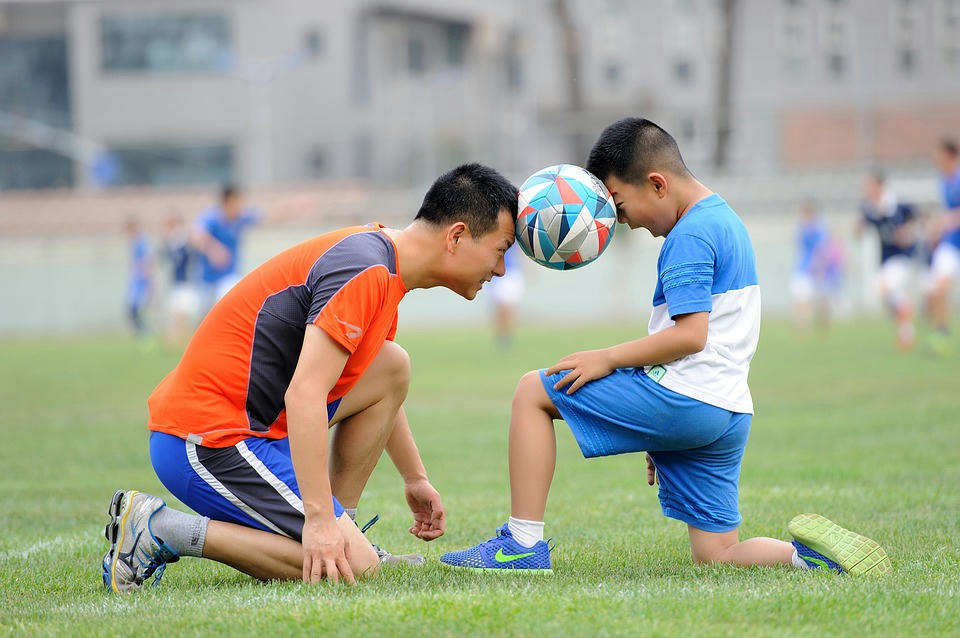 Early sports can also teach kids about respecting authority figures. Their respect for you and their teachers should already take them halfway here. But, the relationship between players and coaches is often far more like that of employees and managers. That sports coach will work those kids to the bone, and there will often be a lot of resentment. Some players may even rally against the workload, or resent their coach at times. But, when they make those winning goals, they’ll be able to see clearly why all that work was necessary. And, this can lead to strong levels of friendship and respect which they won’t experience elsewhere. That’s a good thing considering that this is a lot like the relationship they’ll later have with their bosses. Managers work us hard, and the relationship isn’t always a happy one. Ultimately though, a positive working environment involves some understanding between managers and employees. No matter how much we hate our bosses during the day, we need to put those feelings behind us during  those after work drinks. It’s also important that we bite our tongues if we want to keep our jobs. And, those are all skills that time working with a sporting coach could provide your kids.

While this isn’t applicable to every kid who does sports, some will also learn the ability to lead along the way. Those who go on to become team captains or managers will learn what it takes to keep a team in check. They’ll learn about the need to keep everyone onside while maintaining a healthy level of control. They’ll also learn about the need to push themselves harder than their team to ensure the best results. And, these are all qualities which could lead to a future leader in the workplace. If a management position came up in their workplace, they probably wouldn’t think twice about taking it. The chances are that they would do a pretty damn good job, too. And, that’s all because you encouraged them to join the local baseball team. You could go as far as to say that joining a sporting group early can improve their quality of life for the rest of their days. When you think about that, there really is no time like the present to sign them up.

For these reasons and more, you should do what you can to find a sport which suits your child’s needs. Even if they aren’t outwardly sporty, options like yoga or horse riding could still see them experiencing all the benefits they need. One thing’s sure; you can bet they’ll thank you for this when they’re achieving their dreams as an indirect result.

One thought on “Could Sports See That Your Kids Are Fit For The Working World?”