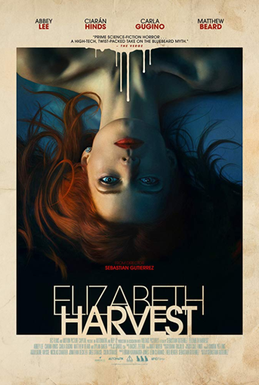 Elizabeth is brought to her new home, a modern palatial style mansion, by her older husband Henry on their wedding day. There are two other people, Claire & blind Oliver, a younger man more the age of Elizabeth. She gets to live an idyllic life in the house and Henry says she can go anywhere except for one locked room. Ofcourse Elizabeth explores the forbidden room, where she discovers clones of herself. Henry realizes that she has entered the room and murders her. One of the clones is awoken and goes through the same experiences, differing in that she is successful in defending herself against Henry and he is killed instead.

When Claire & Oliver return they find Henry dead and this causes the former to suffer a heart attack and she is taken to a hospital. Oliver blackmails Elizabeth and tells her that he can protect her from the police. liver even goes as far as murdering a police officer and friend of Henry’s that comes to investigate a call for help Elizabeth had made the night before, which the two claim was instead made by Claire. Oliver locks Elizabeth (who we can term Elizabeth 5) in a room where she reads in Claire’s diary about the clones – Henry & his associate Claire are scientists who created the clones of Elizabeth, Henry’s wife who died. The initial attempts at cloning are unsuccessful, as the first clone is unable to remember anything and dies by what Henry claims is an accidental suffocation during her sleep.

Eventually the cloning is met with limited success as the Elizabeth clones are able to retain some of the original Elizabeth’s memories during the cloning process but are still childlike and innocent. Including the ones who have been killed, Henry and Claire have officially awoken five clones, the fifth being the current Elizabeth. It is also revealed that Oliver is actually a younger clone of Henry, who blinded Oliver out of jealousy because of the way Oliver looked at some of the other Elizabeth clones. Oliver is then seduced by Elizabeth 5 in a successful attempt to get him to lower his guard, only for a new Elizabeth clone to appear holding a shot gun. Confused and unaware of what had been going on, the new clone shoots and kills Oliver by accident. Elizabeth 5 manages to make it outside, where she is shot and killed by the new clone, only just managing to whisper something to the clone before her death.

In a flashback we see Henry & Claire discussing the clones, who Henry wants to use to relive his wedding night and then murder them as he only sees them as real when they die. He tells her that her contract has been re-negotiated, which would eventually place the house and his belongings in her name so that she can continue her research. The new Elizabeth clone is then shown reading the journal, implying that Elizabeth 5’s last words were for her to read the book. The film ends with Claire returning to the house, where the clone gives her the journal, telling her to do something better with the research before leaving the house and setting out on her own.

My whole reaction to this film was meh! I was sleepy and tired and the film did little to excite me. I swear my eye lids closed for several minutes at a time but it didn’t make much of a difference to understanding the storyline. I give it a 6.5 outta 10!