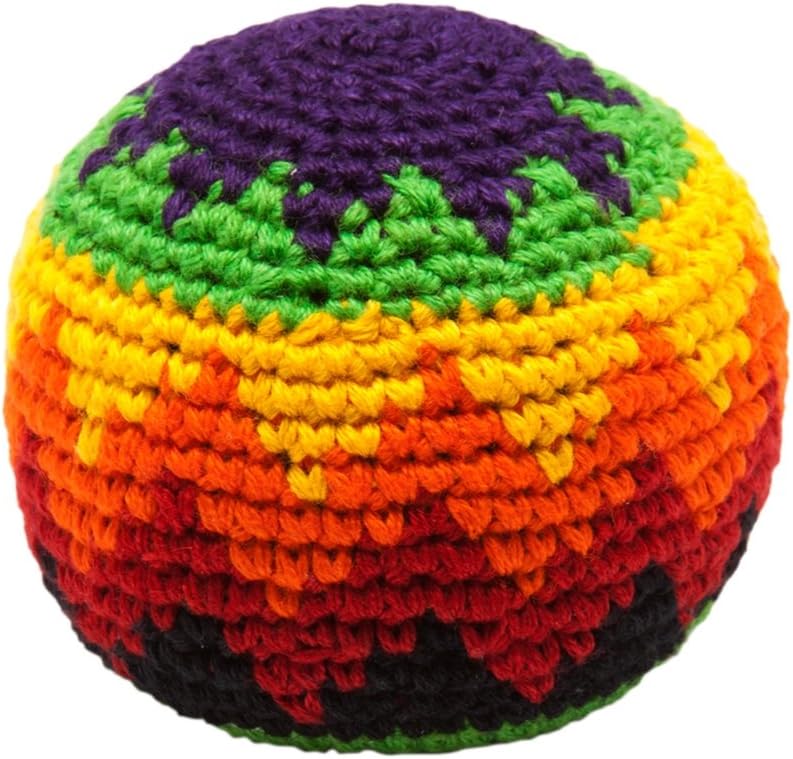 For the longest time I have heard of footbags in tv shows and movies from North America and I have wondered what they were. This pic on the left is an image of one.

A footbag is the term for a small, round bag usually filled with plastic pellets or sand, which is kicked into the air as part of a competitive game or as a display of dexterity. “Hacky Sack” is the name of a brand of footbag popular in the 1970s (currently owned by Wham-O), which has since become a generic trademark. The most common game of footbag consists of two or more players standing in a circle and trying to keep the sack off the ground for as long as possible.

Footbag-like activities have existed for many years. The game is similar to traditional Asian games of kicking the shuttlecock, known as jianzi or chapteh. The game is also similar to some South East Asian games, such as sepak takraw and sipa. This game is known as jegichagi in Korea. The Wu Style Tai Chi Chuan practice dates back to at least the 1930s.

My favourite instance of footbag/hacksack is in an episode of Corner Gas where officer Karen Pelly is playing with one and when she can’t find it suspects others in the town of hiding it from her.