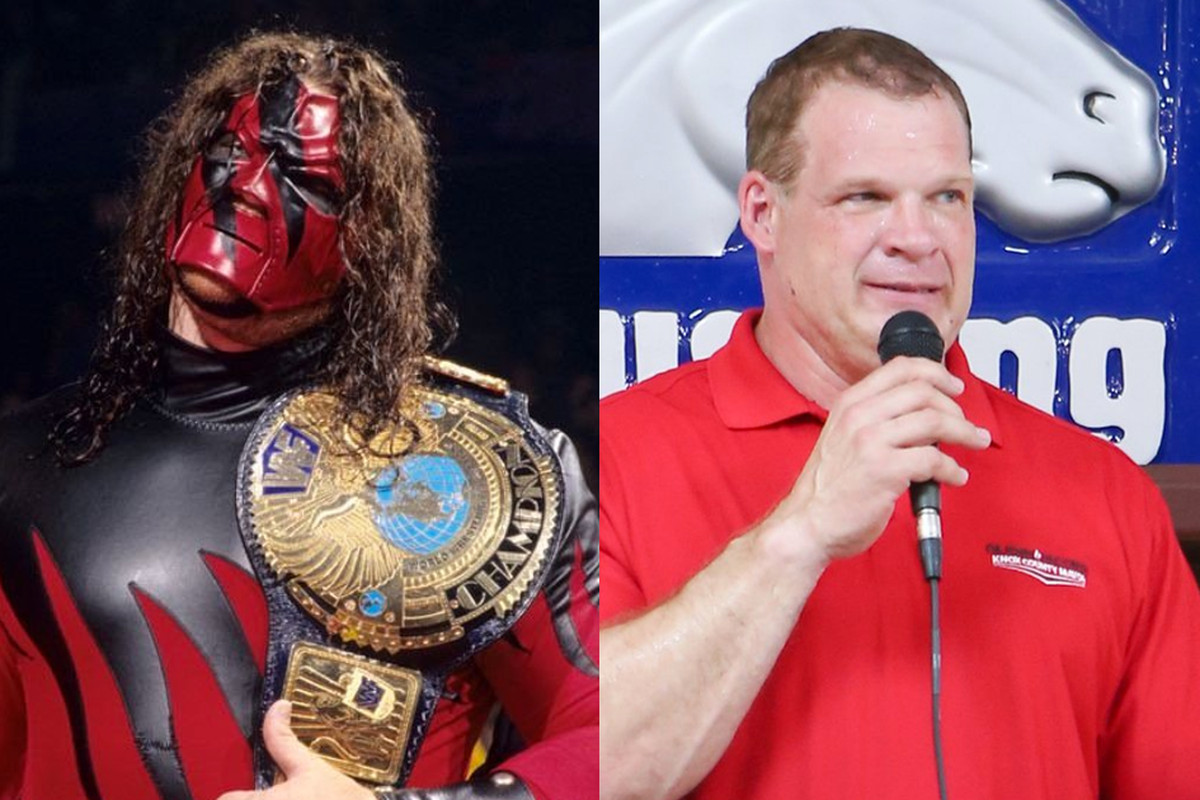 Former WWE Champion whose character is a masked fire-summoning monster — won his election for mayor of Knox County Tennessee. The pro wrestler-turned-republican-candidate took a 2-1 lead early in the polls against Linda Haney. Kane, whose real name is Glen Jacobs, had not shied away from his association with wrestling. In fact, his campaign shirts were directly influenced by popular wrestling shirts throughout the years. He even had help from various wrestlers making appearances, most notably by his WWE legend and ‘brother’ The Undertaker.

Kane has appeared sparingly on WWE shows like Raw and Smackdown over the last few months. Just recently, Kane briefly teamed up Daniel Bryan, a former WWE Champion who once formed the tag team named Team Hell No. They took on Smackdown tag team champions The Bludgeon Brothers and lost. Now that Jacobs is mayor-elect, his full-time wrestling days may be coming to a close, atleast for a while.

The 6-foot-8, 300-pound WWE wrestler sparked worldwide buzz when he eked out the Republican nomination in May. He bested Knox County Commissioner Brad Anders by just 23 votes after a chaotic election night marked by questions about provisional ballots and a cyberattack that crashed the county’s website for displaying election results. Haney faced an uphill battle in the heavily Republican Knox County, which President Donald Trump carried by 24 percentage points in 2016. The only Democrat to fill the county’s top job, Tommy Schumpert, served as county executive from 1994 to 2002, before the position was called mayor.

One thought on “Kane Elected Mayor”