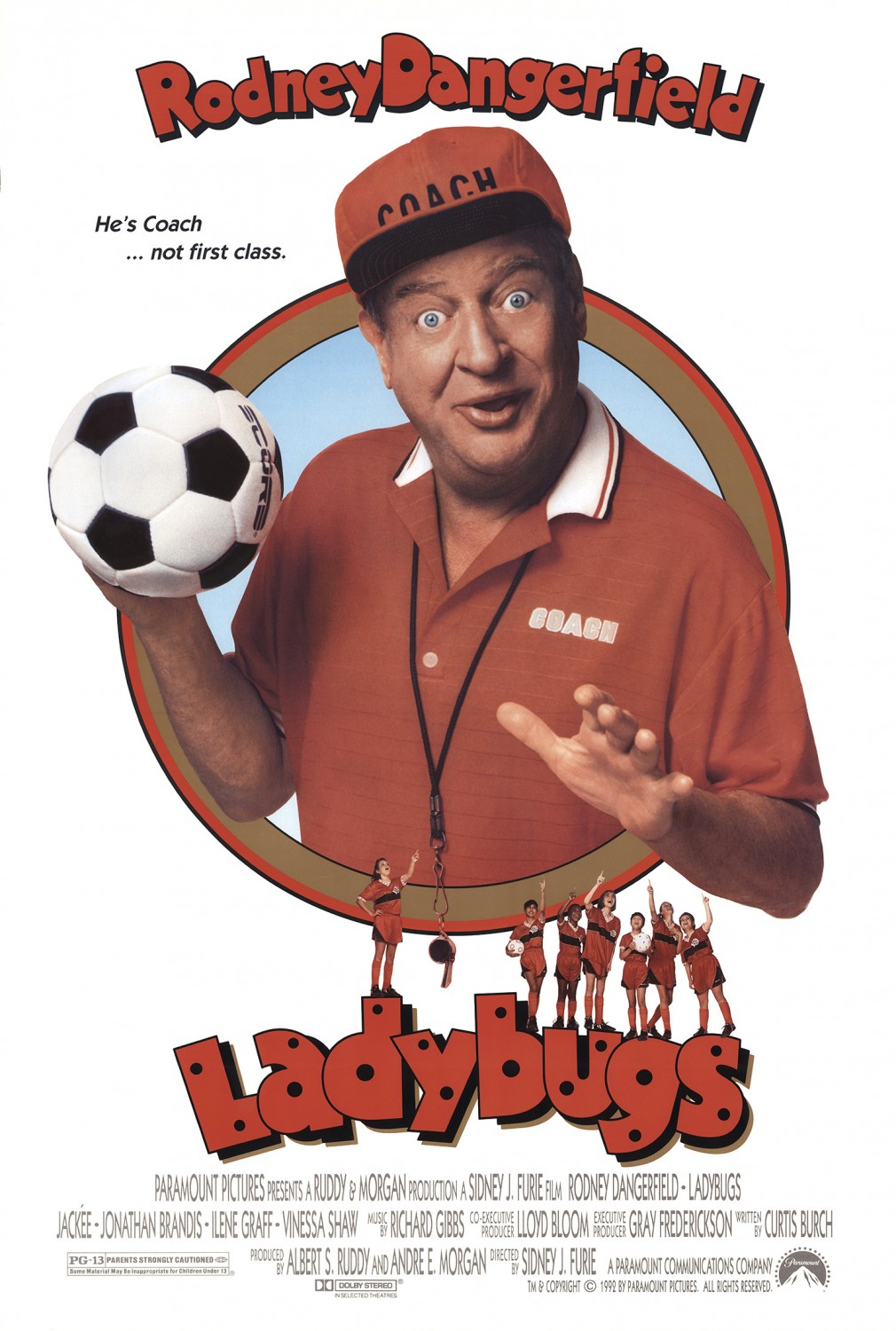 Ladybugs is a 1992 American sports-comedy film starring Rodney Dangerfield and directed by Sidney J. Furie. Dangerfield plays a Denver businessman who takes over a girls soccer team that the company he works for sponsors. The film also stars Jackée Harry as his assistant coach, Ilene Graff as his girlfriend, Jonathan Brandis as his girlfriend’s son, and Vinessa Shaw as his boss’ daughter.