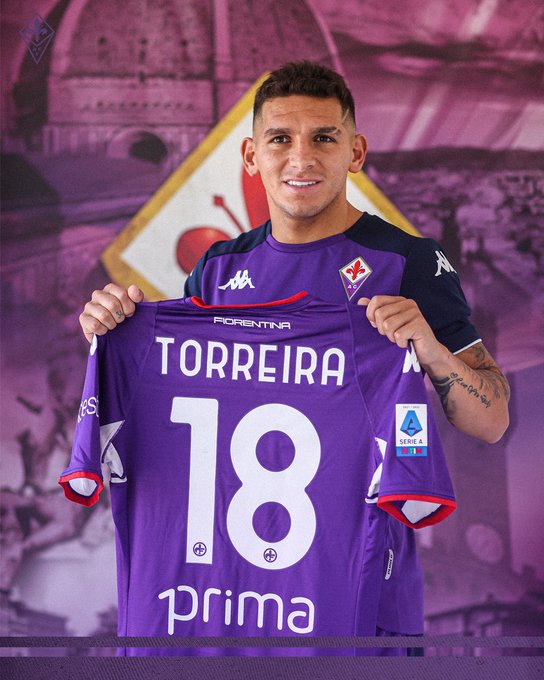 Arsenal midfielder Lucas Torreira has joined Italian outfit Fiorentina on loan, the Serie A club announced on Wednesday. The midfielder arrived for his medical on Tuesday and has agreed an initial loan switch. Torreira, who joined Arsenal from Sampdoria in 2018, had an impressive debut season in north London where he played 50 times in all competitions, but the 25-year-old has since found limited playing time at the Premier League club. He spent last season on loan at Atletico Madrid where he made 19 appearances in its La Liga title-winning campaign.

Fiorentina said that it signed the Uruguay international with an option to buy him for a fee reported by British and Italian media to be about 15 million euros ($17.63 million). The club lost its opening Serie A game at AS Roma over the weekend and hosts Torino on Saturday. The Uruguay international, who was currently not in Mikel Arteta’s plans, decided on a return to Italy having joined Arsenal from Sampdoria in 2018. Eintracht Frankfurt also made an offer for the 25-year-old earlier in the transfer window.

Torreira will wear the No 18 shirt for Fiorentina, who finished 13th in the Italian top-flight last season and began their 2021/22 campaign with a 3-1 defeat to Roma. He has made 89 appearances for the Gunners and scored four goals. The midfielder’s contract at the Emirates Stadium expires in the summer of 2023. The loan switch to Florence follows his successful 2020/21 campaign where Torreira helped Diego Simeone’s Atletico Madrid to the La Liga title, making 26 appearances during his time in the Spanish capital.