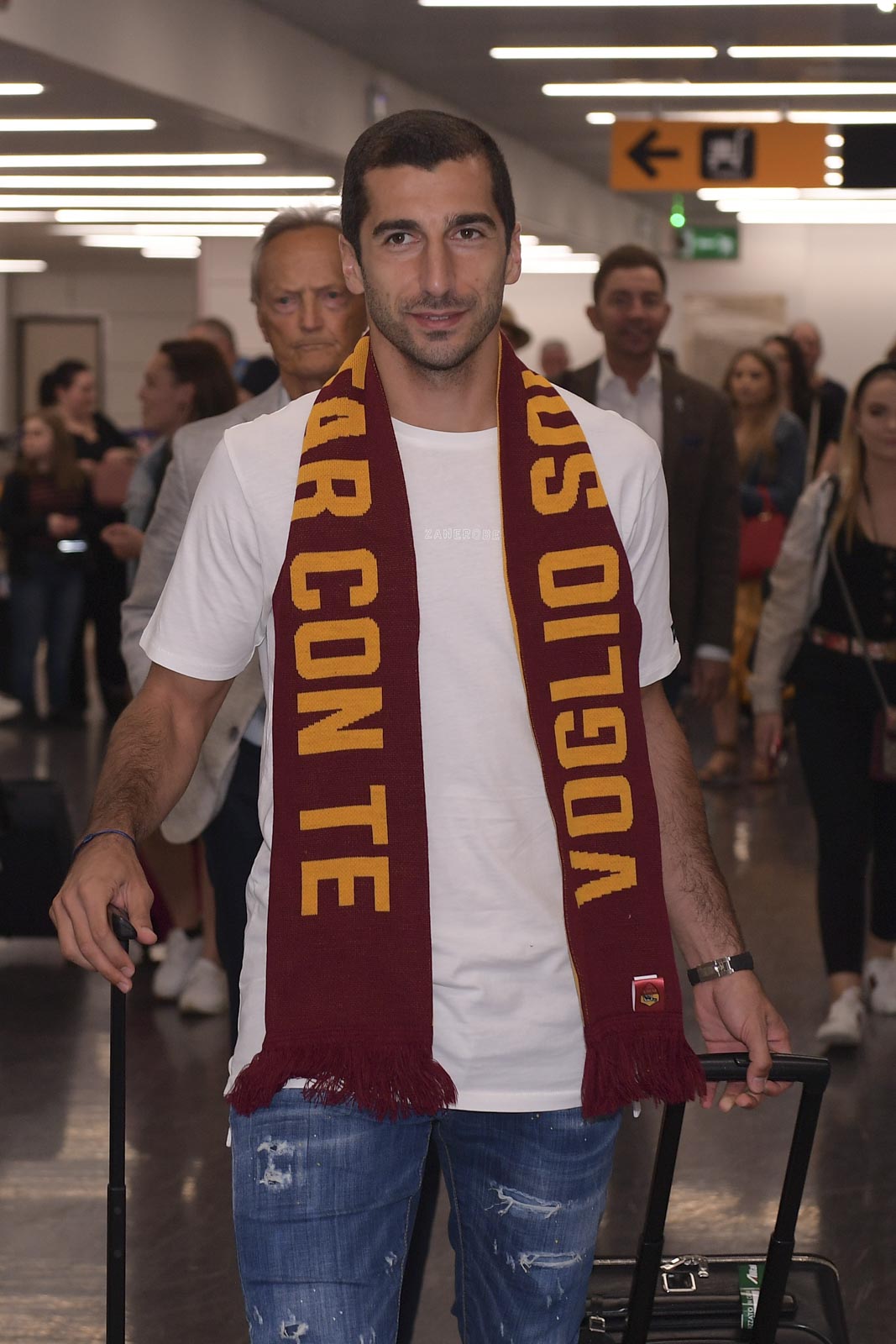 Roma have agreed a deal to sign Henrikh Mkhitaryan on loan from Arsenal with an option to buy the attacking midfielder. Mkhitaryan arrived in the Italian capital on Monday to conclude the deal in the final hours of the European transfer window, with Arsenal later confirming his move. The 30-year-old signed for Arsenal in January 2018 from Manchester United in a swap involving Alexis Sánchez. Eighteen months later both players have left their clubs for loan moves to Serie A, Sánchez having joined Internazionale last week. Mkhitaryan came on during Arsenal’s draw with Tottenham on Sunday but has not started since the opening day.

He is the third experienced player moved on by Unai Emery in the final days of the window, following Nacho Monreal and Mohamed Elneny, who have joined Real Sociedad and Besiktas respectively. It’s understood Roma will be paying Mkhitaryan’s £200,000-a-week wages and have the option to buy the Armenian at any time during his stay at the Stadio Olimpico. Arsenal confirmed the move in a statement: ‘Henrikh Mkhitaryan has joined Serie A side AS Roma on loan for the rest of the season. ‘Everyone at Arsenal wishes Micki all the best for his season with Roma. The loan is subject to the completion of regulatory processes.’

Mkhitaryan said of the move: ‘It’s a great opportunity for me to begin a new chapter, with a great club. I know what this club is all about and I am sure we can achieve great things together.’ Mkhitaryan started just 19 league matches last term and has only managed nine goals in all competitions since his move from Manchester United in January 2018. His first-team opportunities were likely to be limited under Unai Emery following the arrivals of Dani Ceballos, Nicolas Pepe and Gabriel Martinelli this summer.