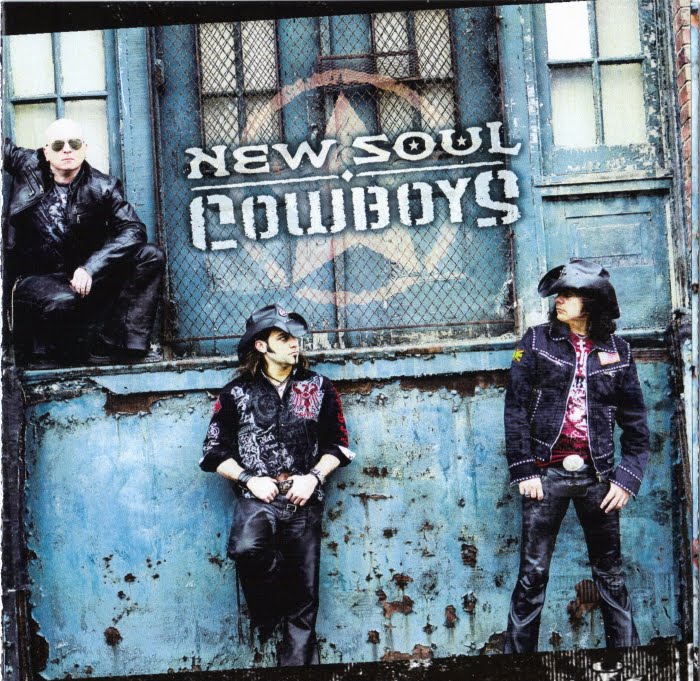 I’ve been a fan of Anthony Gomes since 2006, when I just happened to google him based on the advice of a blues-rock enthusiast. The search led me to his official homepage where I streamed his 2006 release Music Is The Medicine (and which I reviewed in January 2007 here). The New Soul Cowboys is his side venture, a power trio that dwells into the Southern blues-rock scene.

So let’s dish up the fried chicken shall we! Painted Horse is about the freedom of the road, travelling on choppers aka painted horses and living the adventurous lifestyle. Following on similar themes, thought a much more lighter sounding, is Rebel Highway. Once again it’s about guitars, travelling the American south, following in the footsteps of their heroes and playing in bars to enthusiastic audiences. Gamblin’ Man follows the lines of the outlaw life and take a chance when making your fortunes.

What’s It All About is a clap along, sing along cheerful bar dance of a song. It’s about falling in love and letting the object of your affection know about your feelings. Somebody’s Missing is a ballad about being alone and reminiscing about the one that got away. Purple Whiskey Sack is a 2006 song, off Gomes’ solo album Long Road Home. It’srspray download is a down & dirty blues-rock song about fending for yourself and having no one to trust. The purple sack in the song is about Crown Whiskey, a Canadian brand.

Born To Ride once again follows the central biker theme and outlaw lifestyle. Carolina is about a a special & beautiful girl, who the singer falls for. Your Are Amazing is a song about dedication & affection to the woman in your life. The sorta autobiographical song about the trio is the title track; New Soul Cowboys is a funky song. A little southern voodoo rocks up Chicken Cross Bones and the band ends the cd on the ballad Losing You.