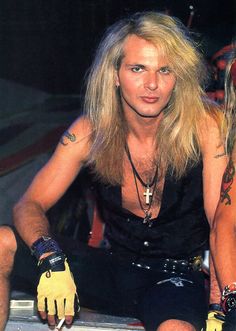 I am shocked to read that Poison drummer Rikki Rockett was arrested on rape charges. Rockett, 46, was arrested Monday at or near Los Angeles International Airport, Los Angeles police said. He was booked and released, and was awaiting an extradition decision by Mississippi prosecutors. A woman in Mississippi filed a complaint that she was raped on Sept. 23, 2007, at the Silver Star Casino, Neshoba County sheriff’s investigator Ralph Sciple said. “The subject, Rikki Rockett, forcibly had sex with an adult in one of the hotel rooms,” according to a complaint. Rockett was booked into the Los Angeles County jail under his stage name and released early Tuesday, according to jail inmate information on the county sheriff’s website. Sciple said there was no immediate attempt to bring Rockett back to Mississippi and a decision on extradition would await action by the district attorney.