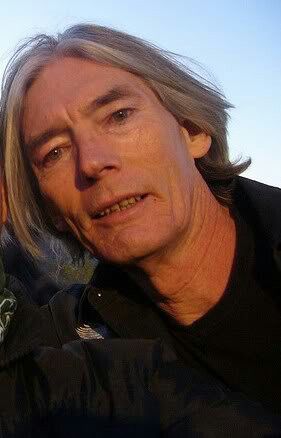 Billy Drago, who often played harming but chilling gangster roles and appeared in Brian De Palma’s “The Untouchables” and Clint Eastwood’s “Pale Rider,” died Monday in Los Angeles of complications from a stroke. He was 73. The character actor played Al Capone’s henchman Frank Nitti in 1987’s “The Untouchables.” He’s one of those actors you may not know the name off right away but would remember that you’ve seen in a few things.

On TV series “Charmed,” he put his reptilian stare to good use as the demon Barbas in several episodes over five seasons. Born William Eugene Burrows in Hugoton, Kan., his actor-director father was said to be of Native American origin. His mother’s family was of Romany extraction; he took their name Drago as his stage name. Starting out as a stuntman, he moved to New York and beginning his acting career. Drago started acting in the late 1970s, appearing in films including “Cutter’s Way,” “No Other Love” and “Windwalker.” On television, he had guest roles in “Hill Street Blues,” “Moonlighting,” “Walker Texas Ranger,” “Trapper John, M.D.” and “The X-Files.”

His film resume includes Delta Force 2, Tremors 4: The Legend Begins, and Pale Rider. He also was featured in Michael Jackson’s 2001 music video “You Rock My World”. Drago also played a mysterious stranger who gave a boy a special key in the Mike + The Mechanics music video for “Silent Running (On Dangerous Ground)” in 1985. Other film roles include Gregg Araki’s 2004 film Mysterious Skin, the remake of horror film The Hills Have Eyes, Children of the Corn: Genesis, and Takashi Miike’s Masters of Horror episode “Imprint”, which Showtime pulled from the air due to “disturbing content.”