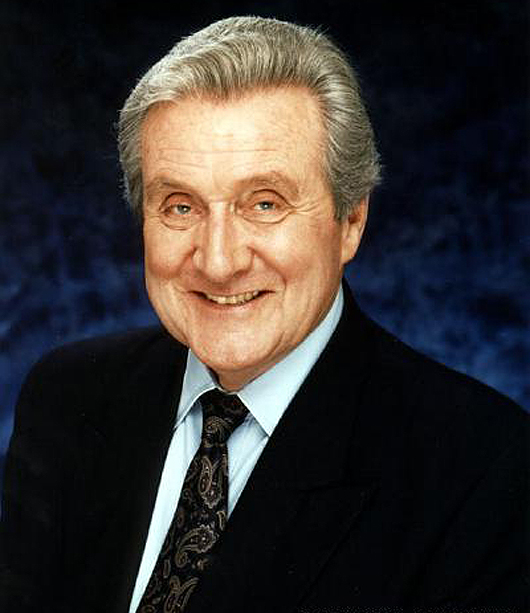 Actor Patrick Macnee, star of The Avengers TV series, has died in California at the age of 93. The Briton, best known for playing John Steed in the 1960s television spy series, died at home with his family at his bedside, his son Rupert said. Macnee also played roles in theatre, appearing on Broadway, and served in the Royal Navy during World War Two. He died peacefully at his home in California’s Rancho Mirage on Thursday, Rupert said.

Born in London, Macnee grew up in Berkshire and was educated at Summerfields Preparatory School and Eton. At the age of 11, he acted in Henry V opposite a young Sir Christopher Lee. He first appeared in the West End while still in his teens. He played a number of minor roles – including one in Laurence Olivier’s 1948 film version of Hamlet – before rising to fame in the original Avengers series between 1961 and 1969. The series developed a cult following around the world, the BBC’s Los Angeles reporter Peter Bowes said. Steed was known for his dress sense, always donning a bowler hat and carrying an umbrella, which was used as a secret weapon.

Macnee returned when that series was reprised as The New Avengers in the 1970s, appearing alongside Joanna Lumley’s Purdey and Gareth Hunt’s Mike Gambit. Later, he starred on Broadway in Anthony Shaffer’s Sleuth, touring internationally with that play and several other productions. He also appeared in the 1985 James Bond film A View to a Kill, playing an ally of Roger Moore’s Bond character, and made a cameo appearance as the head of a record company in This is Spinal Tap.

However I will mostly know him for his role in the original Battlestar Galactica as the charming & evil Count Iblis, who is an advanced alien being who has powers beyond human comprehension and is likened to the devil. He is revealed to be formerly of the “angelic beings” known as The Seraphs, who were a noncorporeal race of sentients. MacNee also narrated the opening of the show, in his distinct voice.