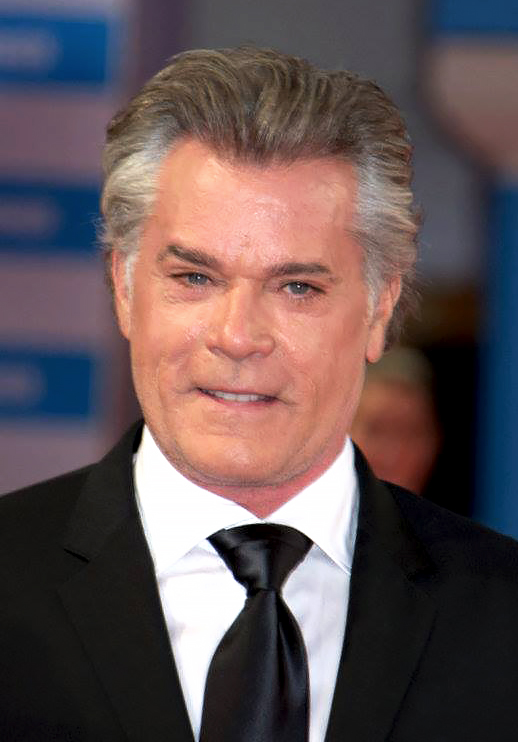 American actor Ray Liotta, whose career breakout came in the 1990 Martin Scorsese crime classic Goodfellas after co-starring in Field of Dreams, has died. He was 67. Liotta died in his sleep in the Dominican Republic, where he was shooting the film Dangerous Waters. Raymond Allen Liotta was born in Newark, New Jersey, on December 18, 1954. Having been abandoned at an orphanage, he was adopted at the age of six months by township clerk Mary (Edgar) and auto-parts store owner Alfred Liotta. He graduated from the University of Miami, where he studied acting and received a Bachelor of Fine Arts in 1978.

He moved the New York City and worked as a bartender for 6 months before getting an agent. Among his earliest screen roles playing nice guy Joey Perrini on the popular NBC soap Another Worldfrom 1978-81. In movies he appeared in the Jonathan Demme-directed Something Wild (1987), scoring a Golden Globe nomination, and then played banned Chicago White Sox superstar Shoeless Joe Jackson opposite Kevin Costner and James Earl Jones in 1989’s Field of Dreams. Liotta then quickly followed playing gangster Henry Hill in Scorsese’s Goodfellas, opposite Robert De Niro and Joe Pesci in what was to be the defining role of his career.

That signature role led to Liotta becoming a big-screen regular during the ’90s, when he would star in such films as Unlawful Entry, No Escape, Unforgettable, Turbulence, Operation Dumbo Drop, Cop Land and Corrina, Corrina. He continued to be busy in the 2000s with roles in Ridley Scott’s Hannibal,  the Silence of the Lambs sequel starring Anthony Hopkins; Ted Demme’s Blow, with Johnny Depp and Penelope Cruz; Narc, opposite Jason Patric; Nick Cassavetes’ John Q., starring Denzel Washington; James Mangold’s Identity, with John Cusack and Amanda Peet; and Joe Carnahan’s Smokin’ Aces with Ryan Reynolds. In the 2010s, Liotta appeared in Date Night with Steve Carell, in Charlie St. Cloud, the independent drama Snowmen, and The River Sorrow, which stars Liotta as a detective. He starred alongside Brad Pitt and James Gandolfini in the 2012 Andrew Dominik film Killing Them Softly and the 2013 Ariel Vromen film The Iceman and a supporting role in Muppets Most Wanted (2014).

Liotta married actress and producer Michelle Grace in February 1997 after they had met at a baseball game, had a daughter, Karsen, before divorcing in 2004. At the time of his death, he was engaged to Jacy Nittolo.