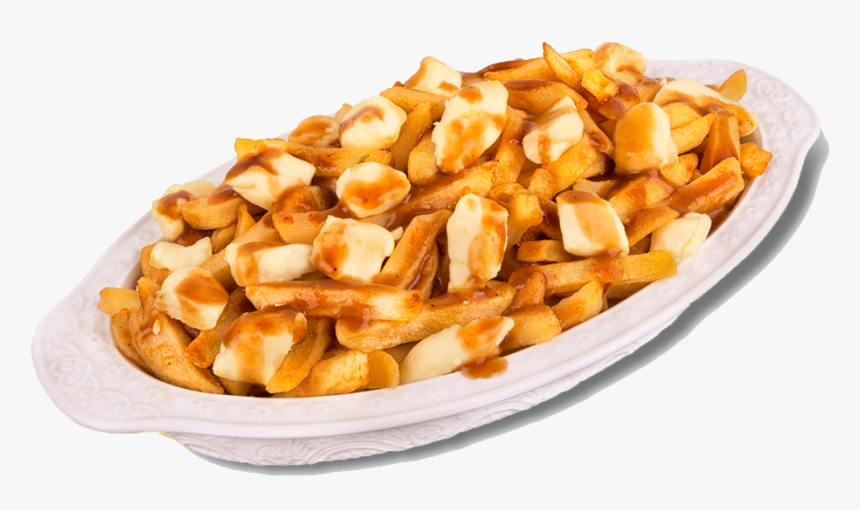 1. Its name roughly translates to “mess”

The word poutine is widely accepted to originate from the English word pudding (or pouding in French). Since pudding was often used as a way to mix a variety of foods, in Québec, the term poutine became a French-Canadian slang word for mess. Obviously, poutine tastes delicious despite its messy appearance. And when it all comes together, chaos can be a beautiful thing.

2. There are at least three different towns that claim to have invented it

Montreal tour guide Thom Seivewright claims that there are at least three rural towns within a few kilometres of Warwick, QC that claim to have created poutine. “You’ll probably find about a dozen restaurants that all claim that poutine was invented there,” he explains. The most famous origin story comes from Warwick restaurateur Fernand Lachance, who first combined the curds, fries, and gravy at the request of a customer who would order the ingredients separately so he could make the mixture at home.

3. Newfoundland has its own version of poutine

Known as “Newfoundland fries” or “Newfie poutine”, many restaurants in Newfoundland serve fries with dressing and gravy. The dressing, which includes stuffing, peas, and turkey is used in place of the cheese curds.

4. A Quebec restaurant made the world’s largest poutine

In 2019, Les Fromages Warwick, a Quebec establishment beat the Guinness World Record for the world’s largest poutine. It weighed 6,688 pounds.

5. The dish recently made its way into the dictionary

The Merriam-Webster dictionary officially added poutine to its dictionary back in 2014. We’re surprised it took so long.

The legendary Seattle soda company, Jones, sells a fries and gravy flavoured beverage. Jones introduced the flavour in 2013 after experimenting with the similar turkey and gravy flavour. Despite this revelation there’s a good chance poutine tastes better in solid form.

7. Many Canadians mispronounce it

Despite it being a national dish, ask any Quebecer and they’ll quickly tell you it’s pronounced POOT-IN, not POO-TEEN.