Wow, it feels so good to be back home and to sleep in my own bed again. That was one thing I missed at the hotel in Gurgaon. I am used to a harder or more firmer bed and to have to sleep in beds that sink in wasn’t the best for my sleep. Probably one reason why I woke up from my sleep quite so often during the course of the nights. 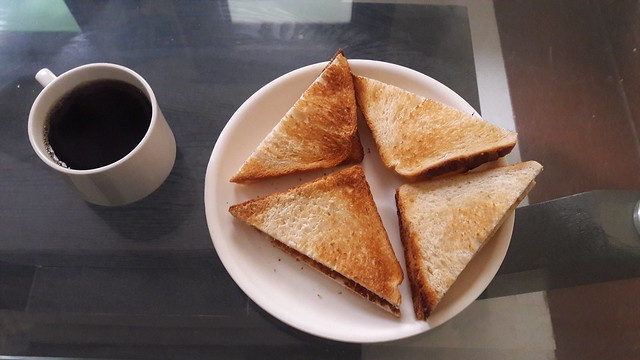 Yesterday too I woke up early and went back to smaller bouts of sleep until 7:30 am when I finally woke up and brushed my teeth and went to the loo. I ordered a black coffee and toast with the minimal butter that the cheapskates at the hotel I stayed it would put on it. Funny thing is, in the first room that I stayed in, the room service menu says “bread toast with butter and jam” but they don’t have any jam. The room I moved in too a couple of days later had the recent version of the menu which says only butter. Yet these guys use so little of it. I bet they get buy on a stick of butter for a 100 orders of toast which is 4 slices of bread each. 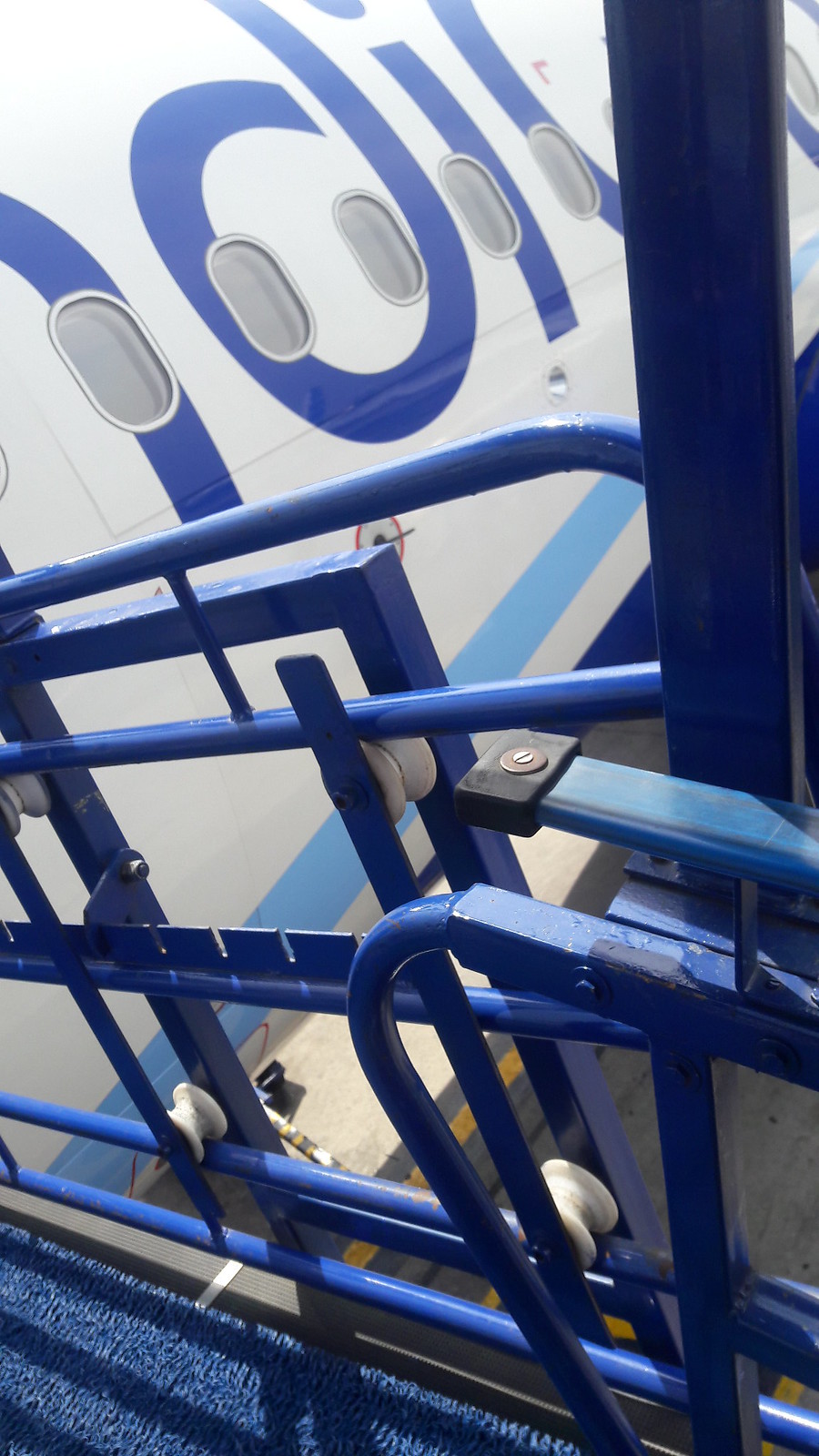 After that I had to use the bathroom in the next room, the one I was previously in, as I wasn’t getting much water in my room’s bathroom. I took a shave and a quick shower and finished the last of my packing, which was mainly my toiletries, a bath towel and the shirt, lungi and underwear I was wearing and then changed into my clothes to wear for the plane trip back to Cochin. My colleague came down and had her breakfast and then went to finish her packing. The taxi cab that our company had booked for us arrived at 10:30 am and having already paid off our bills the previous evening, we gave a little money to the cook and the guy at the front desk (it’s not a big hotel) and then took the cab to the Delhi airport. 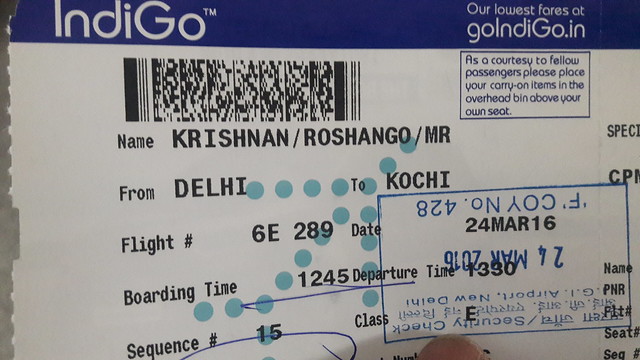 Due to it being a holiday for Holi the streets were almost empty and we had a quick ride to the airport. It was nice to see the city in this light. Such big streets and large buildings with open spaces here and there. We arrived early and checked our luggage and then went to find seats in the lounge area. After a quick coffee and a visit to the loo we waited till 12:45 pm and then went to stand in que for the coach that took us to our plane. We flew back in an IndiGo fligh and although I like the airlines, and the hot Punjabi stewardesses, I feel that SpiceJet has better seating and leg room which makes for a comfortable ride. We reached by 4:45 pm and by 5:15 pm, after getting my colleague into her cab, I took a cab to my apartment.

Cochin is so hot and humid now and with forecasts of thunderstorms and rain. It was a sweaty night back home and in this regard I will miss the Gurgaon weather. I hope to be able to visit the place again some time in the near future.