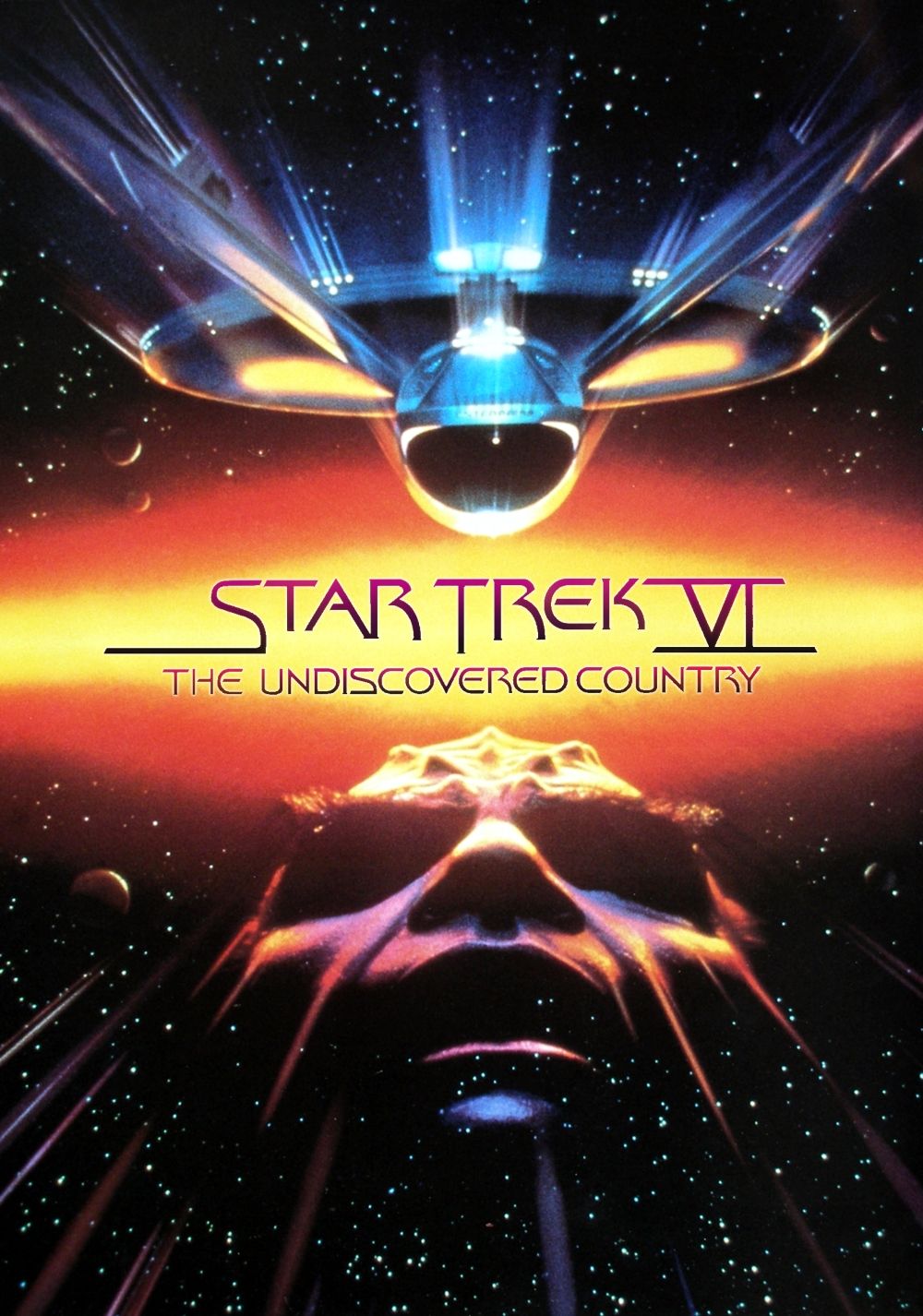 The last movie featuring the cast of the original Star Trek, Star Trek VI : The Undiscovered Country is also one of the best in the entire series. Also it hold a dear place in the hearts of Trekkies for nostalgia reasons. I downloaded this movie, having already seen it twice. It is funny in places and has some great moments. The stars of the movie : William Shatner as Admiral James T. Kirk, Leonard Nimoy as Captain Spock, DeForest Kelley as Commander (Dr.) Leonard McCoy, James Doohan as Commander Montgomery Scott, George Takei as Commander Hikaru Sulu, Walter Koenig as Commander Pavel Chekov & Nichelle Nichols as Commander Uhura. It also stars Kurtwood Smith (the dad of Eric Forman in That 70s Show) as the President of the Federation and Michael Dorn as Colonel Worf – grandfather of the Klingon Worf (from Star Trek : TNG & also played by Michael Dorn). But we have classic villains in Christopher Plummer as General Chang, a Shakespeare quoting Klingon, Martia played by former supermodel Iman and Lt. Valeris played by the sexy Kim Cattrall.

The setting of the movie is the attempt at peace by the Klingons lead by Chancellor Gorkon, as the explosion of Praxis, the moon, has damaged the Klingon planet’s atmosphere. Starfleet has chosen the Enterprise to escort the Chancellor’s ship to Earth, much to Captain Kirk’s dismay as he despises Klingons after the death of his son at the hands of Kruge (Star Trek III : The Search for Spock). Nevertheless he heads over to meet the ship and invites the Klingons aboard the Enterprise to dinner. Later after the Klingons return to their ship, it seems as if the Enterprise fires on them. The artificial gravity is affected and while they float inside their ship, two people beam aboard, seemingly from the Enterprise, and kill the Chancellor and a few other Klingons. Kirk & McCoy beam aboard to try and save the Chancellor’s life but in vain and they are taken prisoners by Chang. At their trial on the Klingon homeworld, which takes places despite efforts from the Federation to extradite them, they are found guilty and sentenced to life imprisonment on a mining & forced labour camp, where prisoners who attempt escape die due to the fierce cold & snow. But they meet an alien shapeshifter name Martia (played by Iman), who helps them to escape, only to betray them. But Spock latches onto the duo of McCoy & Kirk just in time. Meanwhile, on board the Enterprise the search is on to find the culprits who assassinated the Chancellor.

The search finds them dead and upon investigating, Spock & Kirk discover that Lt.Valeris, a Vulcun who Spock was grooming to be his successor on his retirement. He is apparently disappointed at this betrayal by his apprentice but he conducts a mind-meld to find out a prototype Bird of Prey was the one responsible to firing at the Chancellor’s ship and that it can fire while cloaked while other Klingon ships cannot & that several StarFleet senior officials were involved in the plot to kill the Klingon Chancellor. They hold a grudge against the Klingons and do not want to enter into a peace with them, rather use this testing time to bring them to their knees. From captain Sulu of the USS Excelsior, Kirk finds out the new meeting place of the peace treaty. As they head out there, General Chang confronts the two Starfleet ships with his prototype bird of prey and damages both ship. However a
modified torpedo manages to nullify the Klingon’s advantage and the ship is destroyed. The Enterprise crew along with help from Sulu get to the treaty just in time to prevent the assassination attempt on the Federation President and apprehend the guilty parties. Now branded once again as heroes the crew are on the ship when they find that they have orders to get back to Starfleet and the ship is to be decommissioned. With one last act of defiance, the crew sets off for one last ride before retirement.