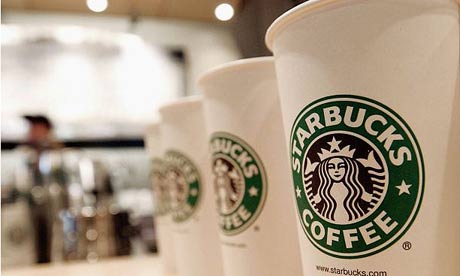 After hearing of many promises since 2007-08 of the coffee giants Starbucks finally coming to India, looks like the wait is almost over. Last evening I first heard the news, from a Canadian on a 1 year work project in India, via Twitter when she sent me the link to a NYTimes article. After the government loosened rules about how single brand companies can invest here, the Seattle based Starbucks has entered into a 50:50 joint venture with Tata Global Beverages for starting retail operations in the country, a year after it inked a coffee sourcing agreement with Tata Coffee Ltd.

The retail venture, Tata Starbucks Ltd, will own and operate Starbucks cafes, which would be branded as Starbucks Coffee — A Tata Alliance. The two companies are investing Rs400 crore in the venture, which will function as a separate entity and have three directors from each company. Starbucks’ decision to go with a partner comes despite the fact that the government recently allowed 100% foreign direct investment in retail. For 2012, Starbucks has an outlook of opening 300 stores in China and the rest of Asia-Pacific. India will see 50 Starbucks outlets by end-2012, with the first outlet coming up in August or September, in Delhi or Mumbai.

For the record, the largest coffee chain in India, Cafe Coffee Day, currently has 1,200 outlets and will be 2,000 outlets strong by 2014. Other prominent chains, Lavazza Barista and UK’s Costa Coffee run 200 and 80 stores, respectively. This year will also mark the entry of US-based cafe chain Dunkin Donuts in India.

4 thoughts on “Starbucks To Set Up 50 Cafes In India”