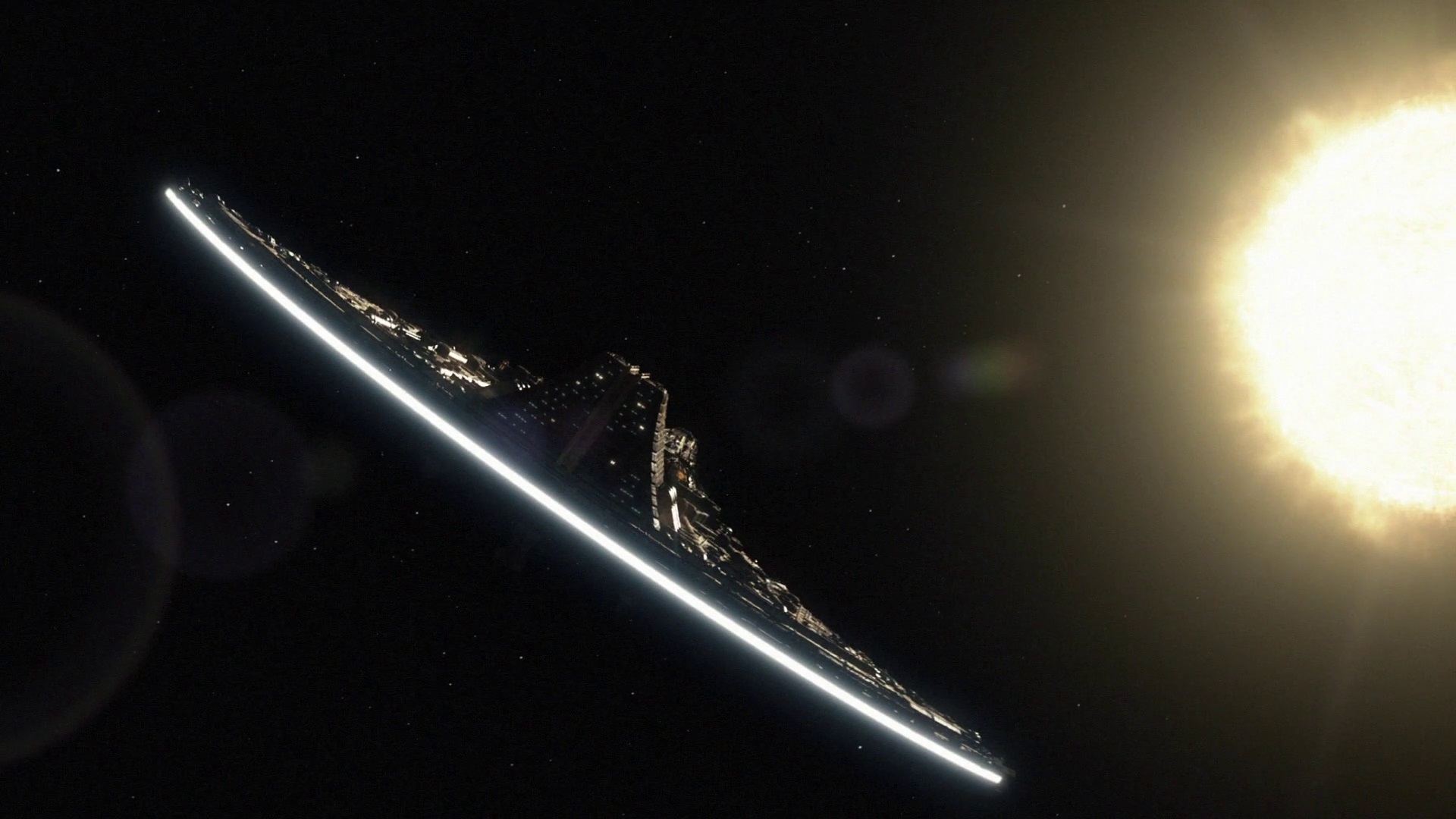 The tensions after the unsuccessful attempt by the civilians to take over the ship haven’t completely died down. Col. Young in an attempt to cool things down has ordered the soldiers to try and bridge back relations with the rest and himself tries to patch things up with Dr.Rush. Suddenly Destiny drops out of FTL and into normal space but there are no planets nearby and the stargate hasn’t dialed either. They notice that there is star in front of them; one similar to Earth’s sun and which Destiny was not aware off. It was the proximity to the sun’s gravity which caused the ship to drop out of FTL.

Because of this, Destiny is now performing a parabolic course around the sun, which will take a few weeks. By the time Destiny leaves the system, it will resume its course. Rush also makes another discovery; there’s a planet almost identical to Earth in size and climate orbiting the star, and it’s within shuttle range. In investigating the reason Destiny did not know about this system, Rush and Eli can find no glitch. A team comprised of Scott, Greer, T.J, and Dr. Caine take the shuttle to the planet and land near some woodland. They exit the shuttle to check the surrounding area. T.J. takes a sample of water from a stream and tests it’s purity. Discovery of a kiwi like fruit brings excitement to the team and they bring back supplies of plant life.

Rush has calculated that Destiny is going to jump back into FTL in four weeks, two days, and seven hours, and suggests they use the time to send some people on the planet. So it is decided to let a team go down to the planet for that duration in a shuttle and stock up on supplies; when the Destiny comes back into range the team will join them back. Once on the planet Lt. Scott hands out jobs & assignments and pitching of tents and shelter. As the weeks pass the people on the planet have a great time and are enjoying the outdoors, playing make-shift soccer matches and swimming in the lake. They also discover a strange & alien looking obelix which emits a strange light & radiation towards the end of the month. By this time, Lt. Scott gets the team to ready their supplies and head on their way back to Destiny – but there is a catch. Some of the people don’t want to leave the planet!

The team becomes divided and has arguments as to whether the aliens who created the planet & the obelisk would be hostile or not and that staying back would mean death. Finally, T.J. admits she is pregnant, a fact only previously known to Chloe, and she can’t bear the thought of raising her child on Destiny. Scott reports the problem with Young, who is adamant that they return. Scott tells him that, in total, eleven people have decided to stay, including Caine, Chloe, T.J., and himself. Later, Young tells the news with Rush and Wray; Scott believes he has the obligation to protect those on the planet, and wonders what to do with them. Wray believes they shouldn’t force them out of the planet; Rush believes otherwise, since they can’t risk any more losses. He believes Young should retrieve those who wish to return, and then have the rest rounded up by force. Young however, has another plan in mind.

Young decides to take the damaged shuttle which can land on the planet but will not be able to make it out of orbit again. He lets some people who want to stay, stay back on the planet provided that all the military personnel come back with him to Destiny. He will give the people who stay back on the planet the damaged shuttle for shelter and fly-overs. Most of the military personnel come as ordered, and he convinces T.J. and Scott that the crew aboard the ship need them just as much as those on the planet will. Caine and about six other civilians remain behind, while everyone else comes back without incident. Chloe decides to come back to Destiny. The ship soon jumps into FTL again and the crew, minus 7 who stayed back on the planet, enjoy a feast in the mess hall.