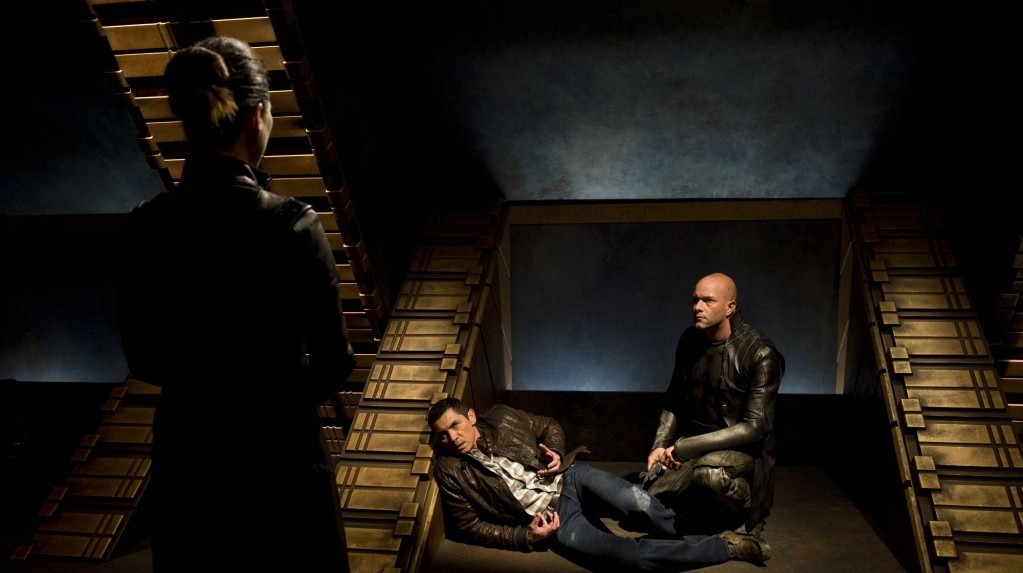 Dr. Rush has residual images of being in Col. David Telford’s body and sees the number 314. He sees himself giving files about the Icarus project to the group. They have a Tel’tak parked in the area, which leads Young to suspect the Lucian Alliance. He goes to tell Col. young about these images. Young explains that Telford spent a year undercover in the Lucian Alliance. Eight months in, a Lucian Alliance attack on a Tau’ri Base killed 37 people, which Telford knew was coming but did not report. Telford claimed it necessary to protect his cover, and was let off the hook. However, knowing that the Goa’uld have brainwashing technology, and that the Lucian Alliance have much of their technology, it’s possible he was compromised. Scott points out that no one can be trusted if that’s the case.

Rush offers to switch bodies with Telford and make contact with the Lucian alliance. While Young agrees to this, he also speaks with General O’Neill and has Rush followed. Rush is dropped off at Morrison’s home, tailed by Daniel Jackson. Rush make contact and is picked up in a van. Rush is brought to the meeting site. Another SUV drives in and a woman steps out. She recognizes that Rush is not Telford, since he didn’t use the proper code word when reporting in, and demands to know who he is. Rush denies her accusations, but when she asks him for her name and he can’t answer, he is knocked unconscious. She deactivates the cloak on her Tel’tak and has Rush dragged inside. Daniel calls in the strike team, but they are too late.

In order for them to find out where Rush is being taken, Col. Young interrogates Col. Telford. Young orders Brody to vent the atmosphere in Telford’s room. Eli and Wray separately argue against it, but Brody complies. Telford has five minutes until he suffocates, unless he talks. Telford doesn’t believe he’ll do it, but Young insists that this is for the greater good and doesn’t back down. Telford refuses to talk, demanding to be released.

The episode ends on this cliff hanger!!