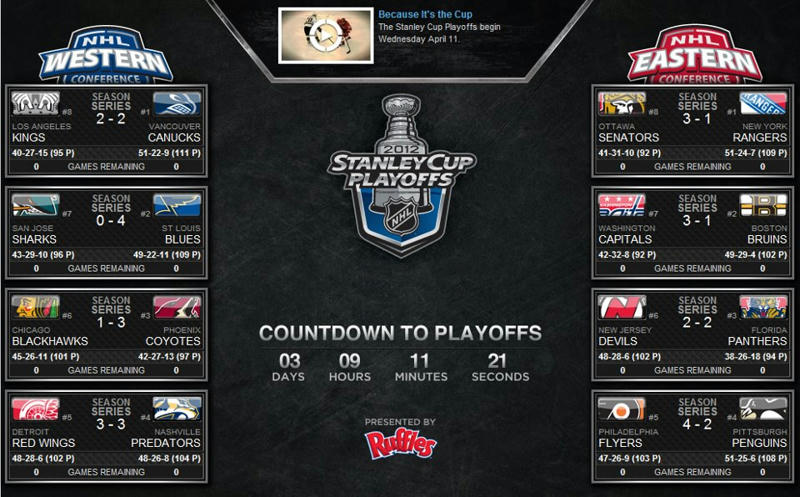 Here are the quaterfinal lineups for the Western & Eastern conferences and the head to head record during the season of the teams against their quaterfinal opponent. So who do you think looks good to go all the way and win the Stanley Cup? My Ottawa Senators have done amazingly well to get to the playoffs considering the fact that they were in season 1 of a team rebuilding and were expected to finish dead last by most experts. I think they could reach the second round but that would be it.