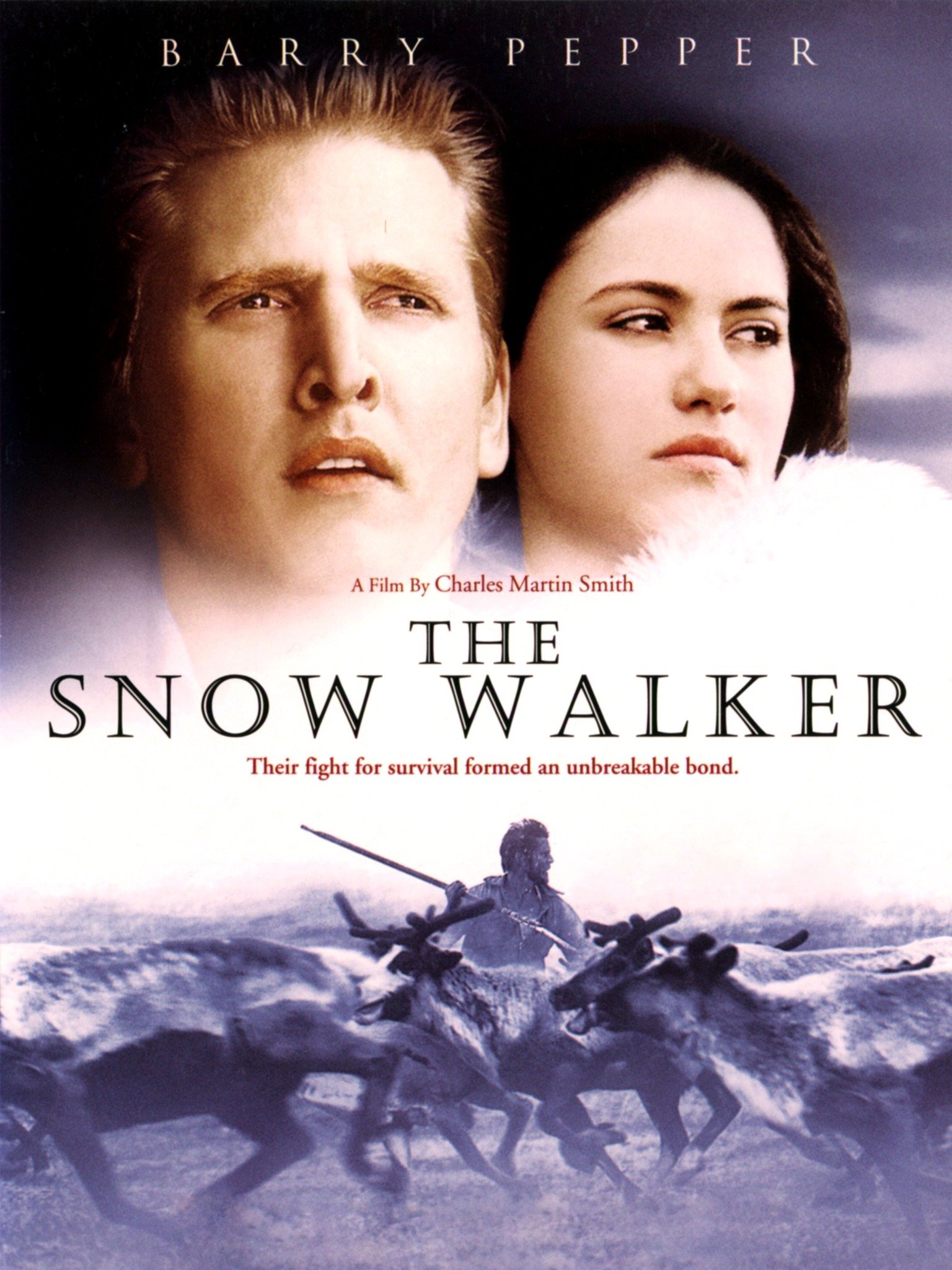 Another film that I really, really wanted to see, it didn’t disappoint at all. Barry Pepper stars in & as The Snow Walker, a simple yet riveting film about man against the elements and how he learns to adjust himself to the forces of the Northwest Territories, Canada. Alongside Pepper stars a young Inuit debuting actress Annabella Piugattuk and veteran American actor James Cromwell, Jon Gries & singer Michael Buble has a small role as ‘Hap’. The film was written and directed by American born actor / director Charles Martin Smith based on author Farley Moffat’s Walk Well My Brother. Pepper plays Charlie Halliday, a pilot who delivers supplies to Inuit tribes and is implored to take a young Inuit girl to the city of Yellowknife as she is suffering from TB. He agrees to when they give him a pair of walrus tusks as a gift which he can sell for lots of money. On the way the engine fails and they crash into the wastelands. Rescuers are unable to find them and hence the two must brave it out in harsh conditions and hunt for food. The young Inuit girl, Kanaalaq (Annabella Piugattuk) teaches Charlie to be patient and let nature bring food to him.

Much of the film features how the two try to communicate as Kanaalaq speaks very little English and Charlie doesn’t speak her native tongue. She teaches him how to catch fish and she catches a squirrel or beaver kind of animal by waiting patiently for hours with a bait. She makes him new boots and much later in the film she makes him a new outfit out of cariboo fur & skin. There is a truly wonderful scene in which Charlie asks her if she knows any other song other than the one she has been singing for 3 days straight while they walk. She asks him to sing and so he does…a version of that big band, lounge classic ‘That’s Amore’! She starts smiling and as the picture zooms back to reveal a beautiful sunset and the song as sung by Michael Buble with a full band takes over.

Another lovely verbal exchange is when Kanaalaq asks Charlie if he was married. He says no and then she asks him how old he was, to which he replies 32. Then she jokes to him ’32 and no wife’ and starts giggling in her innocent way. He then asks her how old she was and she says 20 and he asks her “What about you? Do u have a wife?” The scenery, the beautiful sky and the aurora borealis decorate this film. Plus having an actual Inuit speaking woman makes the film that much more real.

They are unable to fix the plane and hence must now prepare for winter. Kanaalaq sets up an ambush for a herd of cariboo and they manage to kill 3 of them; enough meat for weeks and fur for the clothes. Kanaalaq makes Charlie a new suit but she is succumbing to her illness and soon starts coughing up blood. Meanwhile, back home Charlie’s friends have given up on him ever coming back. Kanaalaq leaves their makeshift tent to die and Charlie all alone makes her a tombstone in the traditional Inuit way and finally makes his way back to civilization. As this powerful & emotional movie ends Charlie is greeted & welcomed by a group of Inuit at their village. Watch it! 9 outta 10 for a movie that you won’t forget.

One thought on “The Snow Walker”