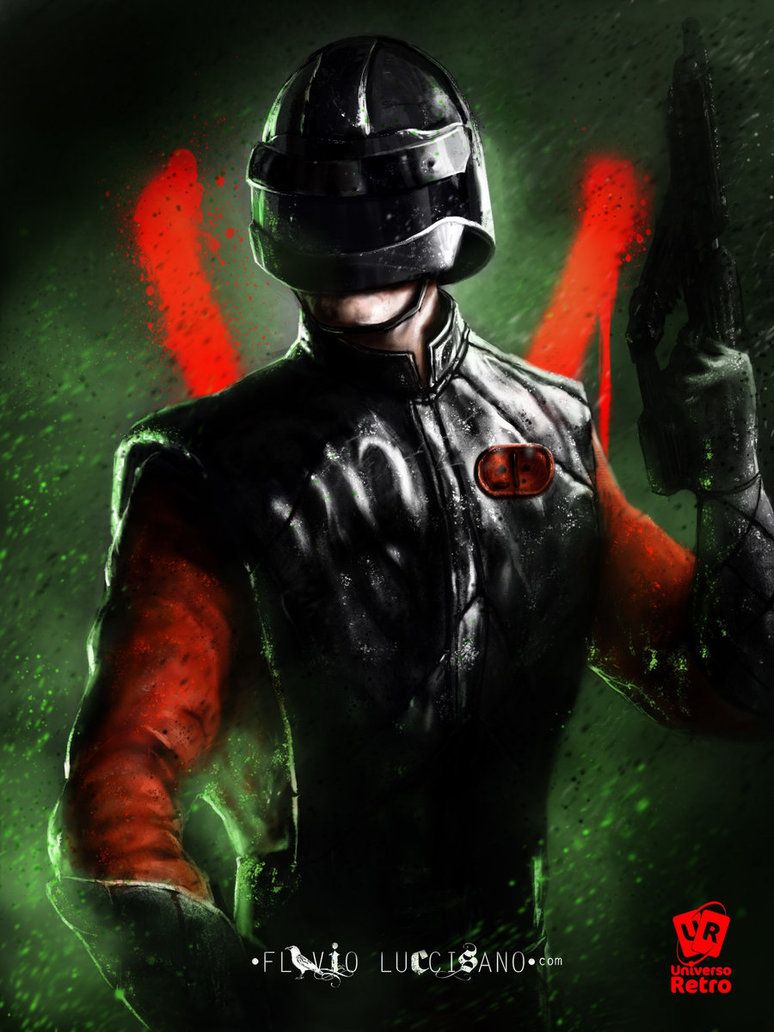 So V is one of the biggest tv shows of my pre-teen years and continuing on to my teenage years, I rewatched that many, many times on VHS tapes that we recorded onto when it was shown on tv. For many years from the age of 17 till my mid 30s I didn’t watch the show – that’s a long, long time! Then with the help of the internet I downloaded bootleg versions of the two mini-series and the single season of the regular tv series and I have watched it twice before my current rewatching of the show. That started on Sunday with the original mini-series and yesterday I was watching the 3 part The Final Battle.

What has always struck me as funny is, as much as they have such snazzy uniforms with that dark red outfit made even more awesome with the black sleeveless leather jacket, the Visitor troopers have got to be the most useless kind of soldiers in all of science fiction! I mean the Storm Troopers in Star Wars come to mind as do the enemy Jaffa soldiers of the evil Go’auld from Stargate SG-1 but these guys have got to take the undisputed number 1 spot.

They almost never hit their target, unless the plot wants them to ofcourse, and they are so easy to kill! A squad of visitor troopers will hit the wall, the door, the building 3 blocks away when the humans they are chasing are just 10 feet in front of them. Yet when the human resistance members shoot in any direction, down goes the soldiers. A grenade thrown in one direction will kill many soldiers several feet away. What’s more, when you shoot a visitor, he does this amazing gymnastic routine and somersaults from a height onto the floor – and in my mind, I keep seeing Olympic judges holding up a 10! Haha, just so funny! Still, I love this show.