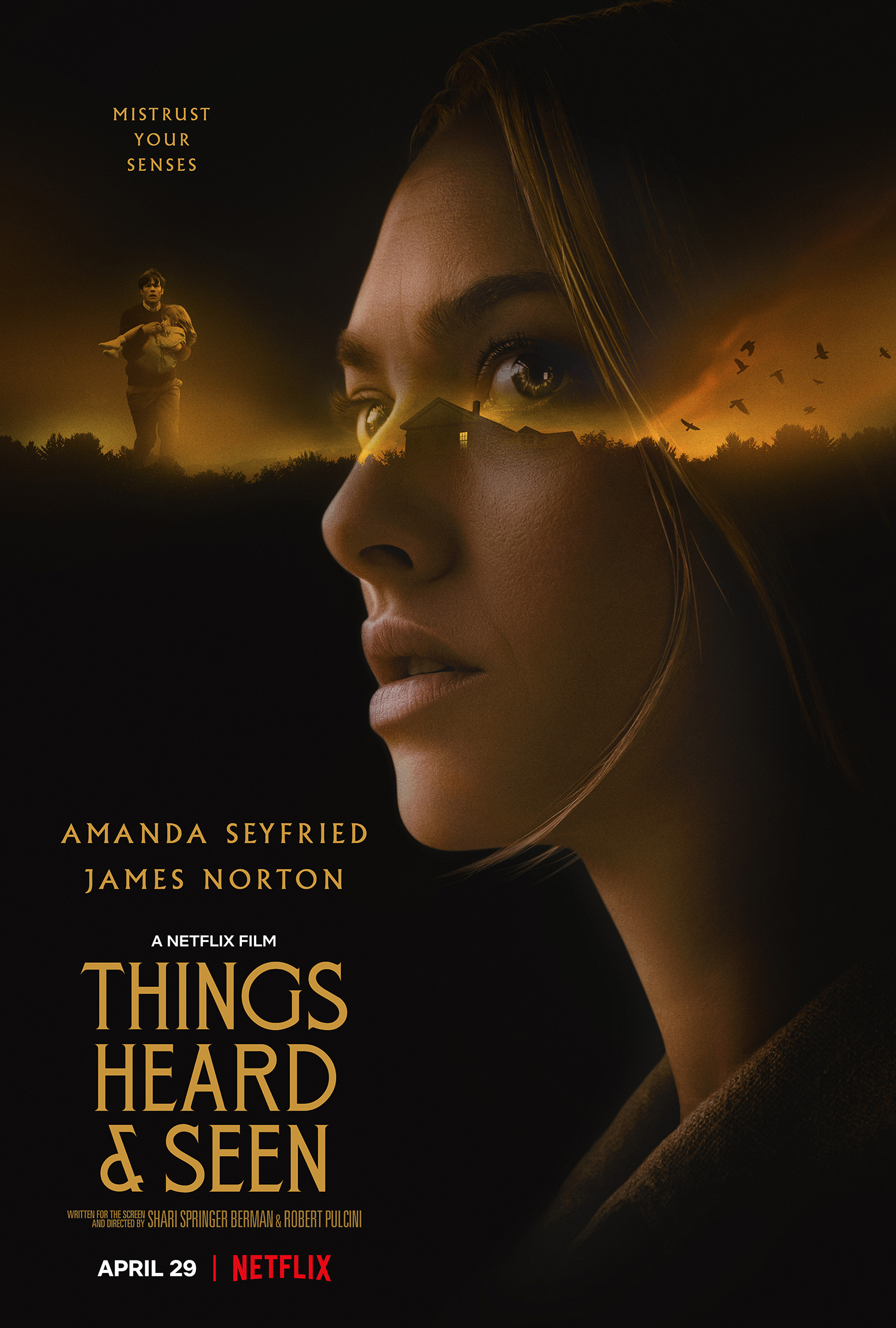 Things Heard & Seen is a 2021 American horror film written and directed by Shari Springer Berman and Robert Pulcini, based on the novel All Things Cease to Appear by Elizabeth Brundage. It stars Amanda Seyfried and James Norton. It was released on April 29, 2021, by Netflix, and received mostly negative reviews from critics. A number of landscape paintings from the Hudson River School feature prominently throughout the film. An artist relocates to the Hudson Valley and begins to suspect that her marriage has a sinister darkness, one that rivals her new home’s history.

The Manhatten couple, a professor & an artist, want to have a slower pace of life and a chance for George to be a lecturer in a college. But is their idyllic life with the kid, all that it seems to be and what is that Catherine is experiencing and hearing in the house? Filming took place over a 34 day period during the fall of 2019 in New York’s Hudson Valley, where the plot is also set.