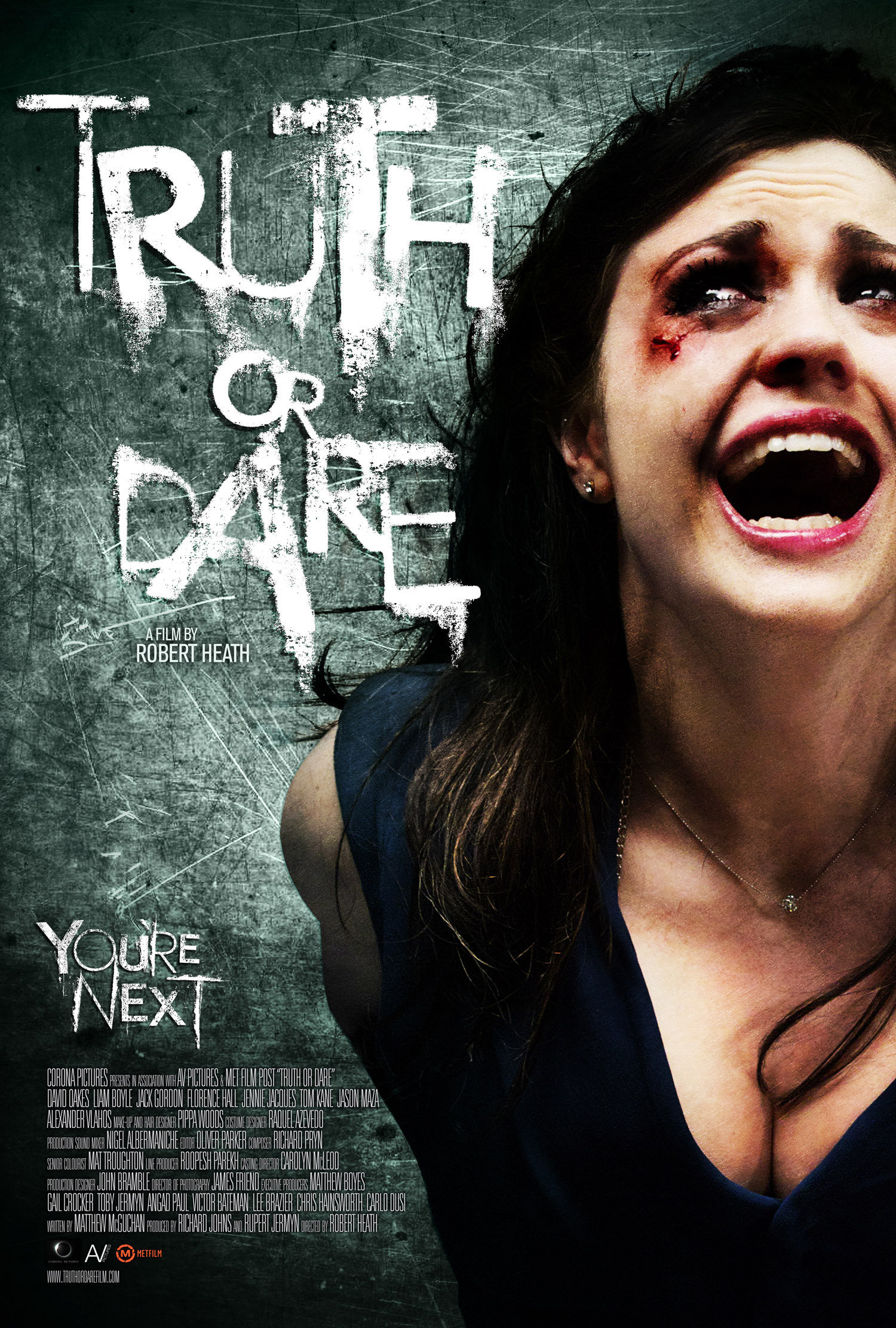 A year or more before the events of the main part of the film, a group of teenagers are at a party celebrating the end of their school life and doing the same things that teenagers do at this party. Drink, make loud obnoxious noises, play games that only drunk teens do in movies and make out. Lonely Felix is the odd one out, seemingly without any friends. While taking part in a game of truth or dare, with a few students, Felix is pressurized into choosing a girl at the party and he picks Gemma, a girl who he has a huge crush on. Unfortunately for him, Gemma’s boyfriend Chris does not approve and humiliates Felix in front of the others and punches him. Felix leaves to taunts of “Truth or Dare Bitch”! and we see him sitting outside on his own.

Now a year or more later, the teens – Gemma, Eleanor, Chris, Paul & Luke – are invited to Felix’s birthday party with the promise of a great time and free booze. As Felix’s family is very rich and has a huge mansion in the country side, all 5 decide to join with only Gemma feeling sorry for the lad. They meet up and drive to the mansion only to be told by a caretaker that the party is in a small cabin way into the woods. They are met there by Felix’s older army soldier of a  brother Justin, who is back from a tour of Afghanistan. He apologies for the fact that Felix isn’t there, saying that he couldn’t get a flight out of Spain but the 5 friends were welcome to have drinks and food with him. As the teens drink the party, Justin suggests that they play spin the bottle and truth or dare. Soon we realize that something is wrong.

Justin says that Felix was so devastated by the game and that that he later came to the cabin and hung himself to death. The only clue that Justin has is that someone sent Felix a postcard with the words “Truth or Dare, Bitch!” on it. This was found on Felix when Justin found him body. Justin then pulls a gun on the 5 and asks them to confess. When they refuse, he scares them and shoots of part of Paul’s finger. He also bullies Luke who has a side business as a drug dealer and makes him tie up the others. He makes the others choose between two jars of clear liquids – one water and the other an acid – and pump it into one of them. Gemma is saved when water is chosen but Chris, who says he sent the card after initially denying it, gets acid pumped into him and he dies. When Jonesy, another friend of theirs comes to the cabin, he is killed by Justin. Gemma manages to escape and runs through the back and finds the mansion.

In it she sees Felix still alive but in a vegetative state after his suicide attempt led to his brain being starved of oxygen and he is lying in a bed fed through tubes. Tvs around him shows him what is happening in the cabin and Gemma confronts him. The groundskeeper barges in and is killed in a struggle for the shotgun but Gemma is caught by Justin who breaks her neck. He brings her body to the cabin along with Felix in a wheelchair and in a struggle Eleanor is able to get free. Luke is killed but Eleanor manages to get the upper hand and smashes the acid jar over Justin’s head, scarring part of his face. When he comes to, he is tied up against a beam and Eleanor reveals what actually happened. At the party she had tempted Felix to go up to a bedroom with her with the lure of sex but made him suck a sleeping Paul’s penis. When Paul woke up he was disgusted and threatened Felix who ran away in shame.

Eleanor has recorded this on her cell and it was she who sent the card as a joke not knowing that Felix would kill himself. Fearing what his soldier and tough guy older brother would think of him, Felix attempted suicide. Eleanor convinces Felix to kill himself and Justin by pulling the pin on a grenade and blowing them up in the cabin while she, escapes in Justin’s car along with Paul and Gemma’s body.

Not bad with a couple of twists in the end. Kinda torture pornish but not really. It’s obviously very low budget but the cast did the best with what they had. And Eleanor is so hot! 6 outta 10!