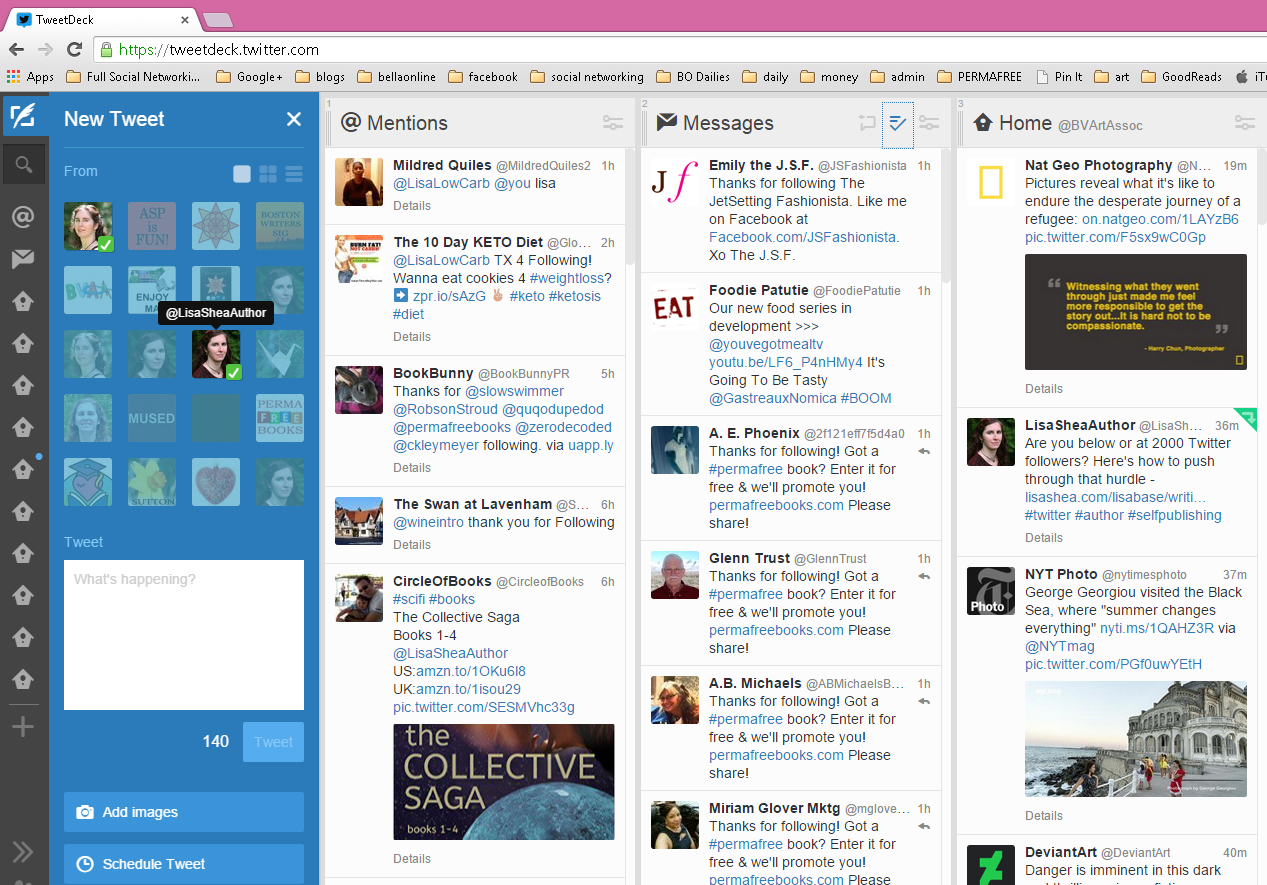 Even though I don’t use Twitter that often, when I do I tend to use Tweetdeck for sending out those Tweets and pics. TweetDeck is a social media dashboard application for management of Twitter accounts. Originally an independent app, TweetDeck was subsequently acquired by Twitter Inc. and integrated into Twitter’s interface. It has long ranked as one of the most popular Twitter clients by percentage of tweets posted, alongside the official Twitter web client and the official apps for iPhone and Android.

Like other Twitter applications, it interfaces with the Twitter API to allow users to send and receive tweets and view profiles. What I really like about is the columns that you customize and layout as you want. That is something I so wanted on the actual Twitter. I usually have my Timeline first, Notifications, My Tweets, Direct Messages and then whatever user I am following or Hashtag that I want to check out in other columns at the other end, usually 2 or 3 at a time. That makes it easy to see and reply to all the interesting things that I want.

However as I mentioned I do not use it that much, in fact I usually spend the most time on it on the weekends whenever there is an Arsenal FC game on. And other days I usually just check updates on my phone app for Twitter. So I am a lite user but I do like Tweetdeck a lot. They used to have a Desktop app which worked fine but then stopped supporting that. You can go straight tweetdeck.twitter.com website or use the Chrome or Mac app.