Quite a bit delayed but here is another Star Trek starship from the Eaglemoss collection. 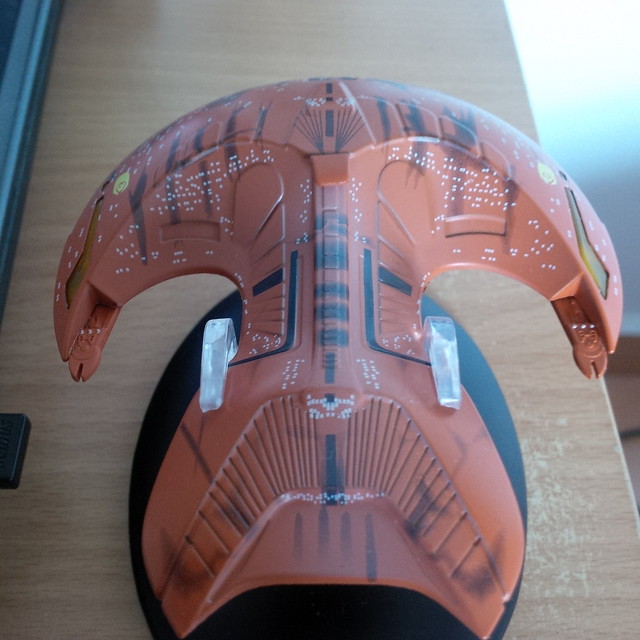 The D’Kora-class Marauder was a type of advanced starship utilized by the Ferengi Alliance during the 24th century. This class of vessel was, at times, referred to by several classifications, including both a warship and transport ship by the Federation, and as an attack vessel by the Ferengi themselves. During the early 2360s, Starfleet had no specific data on the design of the vessel, and at the time of first contact, possessed the general knowledge that Ferengi technology was estimated to be generally equal, but not identical, to Federation technology. Upon first view of this class vessel in 2364, Jean-Luc Picard described it as a “very impressive design.” 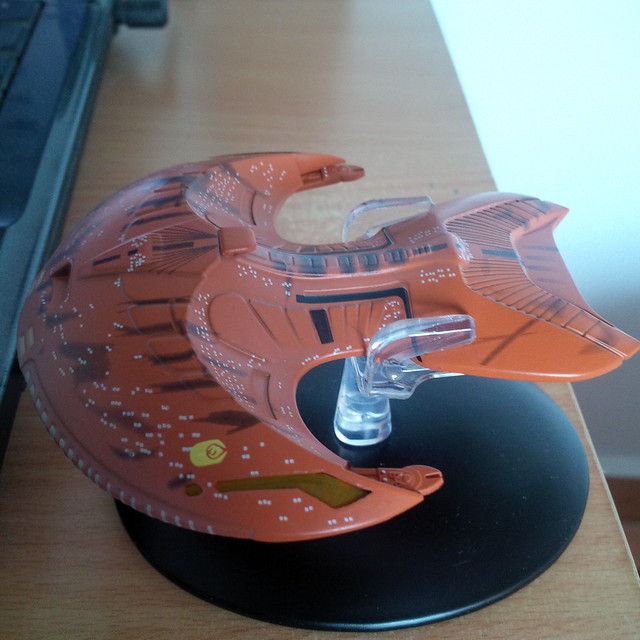 The D’Kora-class Marauder was equipped with a variety of directed energy weapons, possessing placements for weapon ports at the “claws”, positioned on the port and starboard sides, and a torpedo launcher located at the peak of the ship’s primary hull. This class of vessel was also equipped with a forward missile launcher. In addition, the D’Kora-class was equipped with a form of energy weapon emitted from the aft of the ship, detectable by a marked power surge prior to discharge. The resulting electromagnetic pulse was capable of weakening the deflector shield power of a Galaxy-class starship, as well as the capability of depleting the fusion generator and batteries by as much as thirty percent in a single discharge. 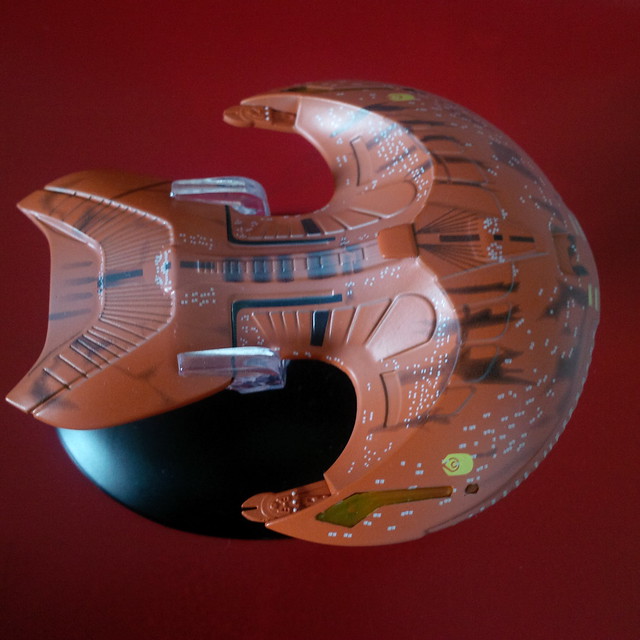 At least one D’Kora-class vessel was equipped with an embedded auxiliary vessel, the capabilities of which are unknown. The term “D’Kora-class” was first associated with this Ferengi starship class in “Force of Nature”, and again in display graphics appearing in the two above referenced Voyager episodes. With exception to Nog’s reference to Marauder-class attack cruisers in “Little Green Men”, the only reference to this design being referred to as a “Marauder” (outside of the Star Trek Encyclopedia) was in a display graphic appearing in “Inside Man”. 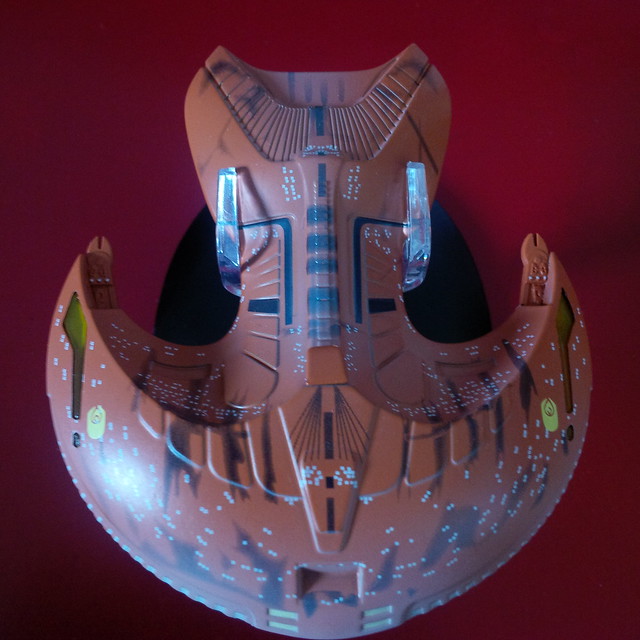 It isn’t a design I loved that much and as for the model I had initially thought of skipping it. And to tell you the truth I got this one very cheap on eBay and thought Why not? But I am glad that I got it as it looks better once you get it in your hands though they definitely could have done much, much better. 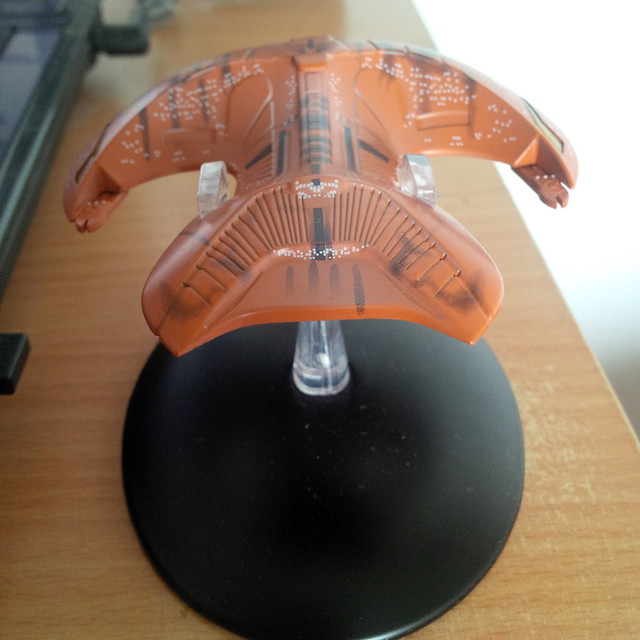 Ok, so now you have seen the pics, here is the unboxing video. Enjoy! I got this one along with the Dauntless model (which arrived broken).