As far as classic alien ships goes, this one is probably the most famous and the most gorgeous looking one (atleast as replicated here cause we did see very little of it in TOS). And rightly so! This one is the Romulan Bird of Prey as seen in Star Trek The Original Series. Or 23rd Century Romulan Bird Of Prey if you so choose to call it and Eaglemoss has gone a splendid job in giving us a model. 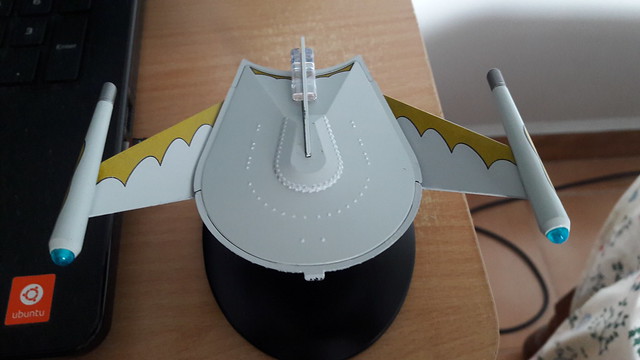 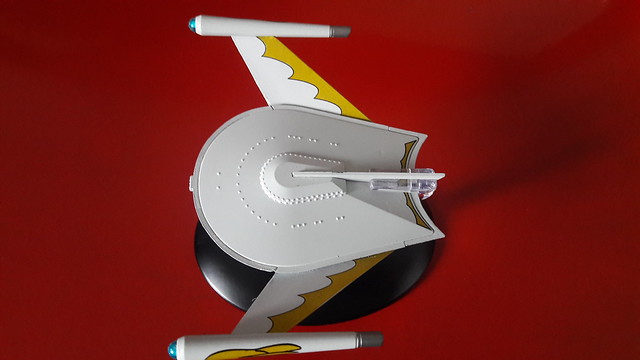 The Federation Starfleet first encountered this vessel in 2266, when a single ship of this type crossed the Romulan Neutral Zone and attacked several border outposts, destroying them utterly. The USS Enterprise responded to the alert and engaged in a tense game of cat-and-mouse with the intruder for more than ten hours, before the Bird-of-Prey was destroyed. (TOS: “Balance of Terror”) The Romulans later used larger numbers to patrol their border with the Federation in force. Typically during an incursion, one Bird-of-Prey would bring a starship out of warp with a plasma torpedo to allow the ships in its battle group to attack the target en masse. When the Enterprise violated the Neutral Zone on the orders of Commodore Stocker in 2267, it was ambushed by a squadron of ten Birds-of-Prey. (TOS: “The Deadly Years”) 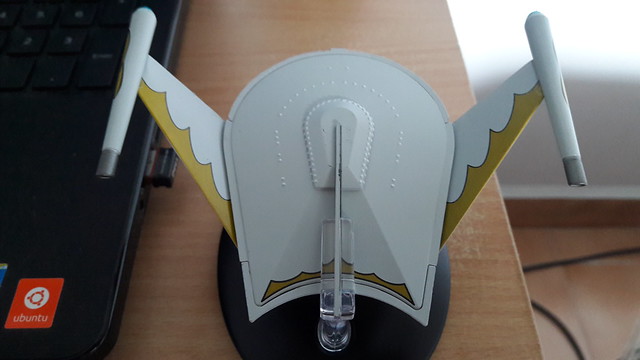 After the Romulan-Klingon Alliance of 2268, the Bird-of-Prey was largely supplanted by the more massive and more versatile Klingon D7-class battle cruiser, although some were used in concert with the D7s. (TOS: “The Enterprise Incident”) Information on this class of starship was assimilated in 2375, by the Borg drone One, from the database aboard USS Voyager. (VOY: “Drone”) Remarkably similar in design to contemporaneous Federation starships, the Romulan Bird-of-Prey was designed with a sole primary hull configuration. 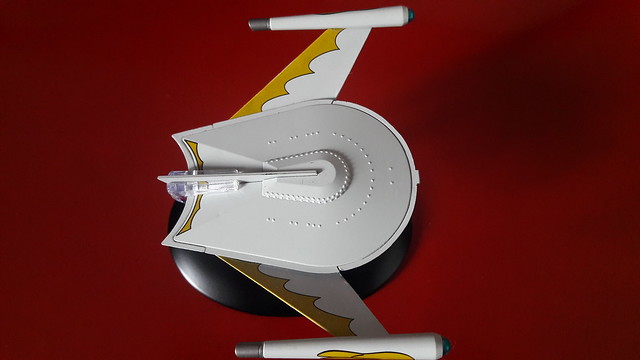 Grey in color, with its namesake bird design painted on the hull, the Bird-of-Prey was essentially a saucer with parallel warp nacelles mounted port and starboard of the main body. The aft of the ship was designed with a raised “fin.” (TOS: “Balance of Terror”, etc.) Although incapable of matching the Federation’s Constitution-class starship one-on-one, the ship still featured several technological advances that were previously unattainable to Federation science: the first practical invisibility screen, and the massively powerful plasma torpedo. This class of starship had a single forward torpedo launcher. It also carried a number of nuclear weapons. With these combined abilities, the Bird-of-Prey was able to strike its enemies at will, practically undetected and unchallenged. 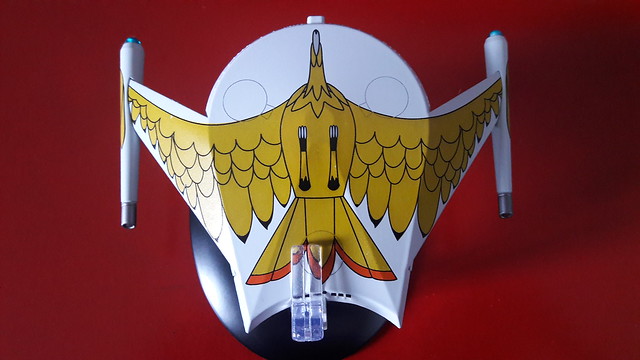 Well I hope you liked the photos. Unfortunately, I lost the video of the unboxing but will put up the closer look video soon.