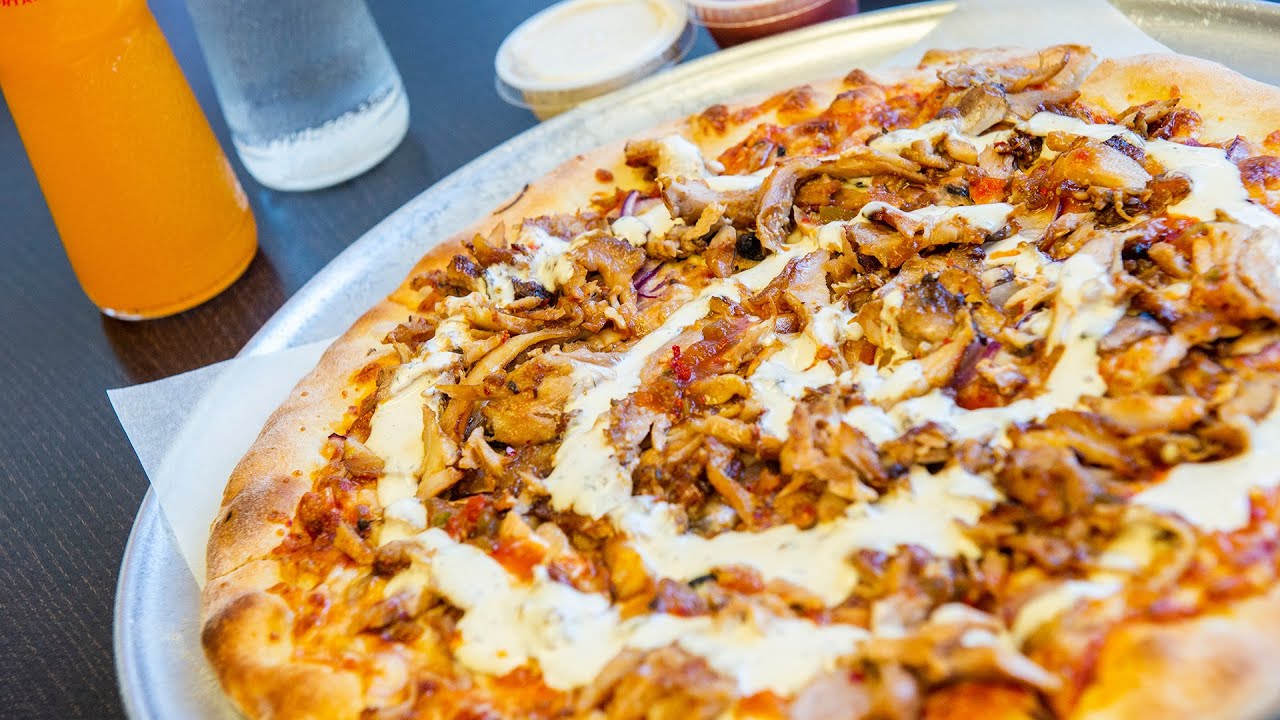 Chicken Shawarma Pizza Recipe packs so much punch with extreme flavors and boldness from this unmistakable Middle Eastern marinade.  And lets not forget the yogurt sauce to tie it all together. Not only is the base of this pizza yogurt sauce but we decided to swirl some on top too, just for good measure. And it looks pretty cool too. The best elements are just what are needed with the large and in charge and totally satisfying pieces of grilled chicken shawarma.

One thought on “Weirdly Satisfying Pizzas – The Chicken Shawarma Pizza”