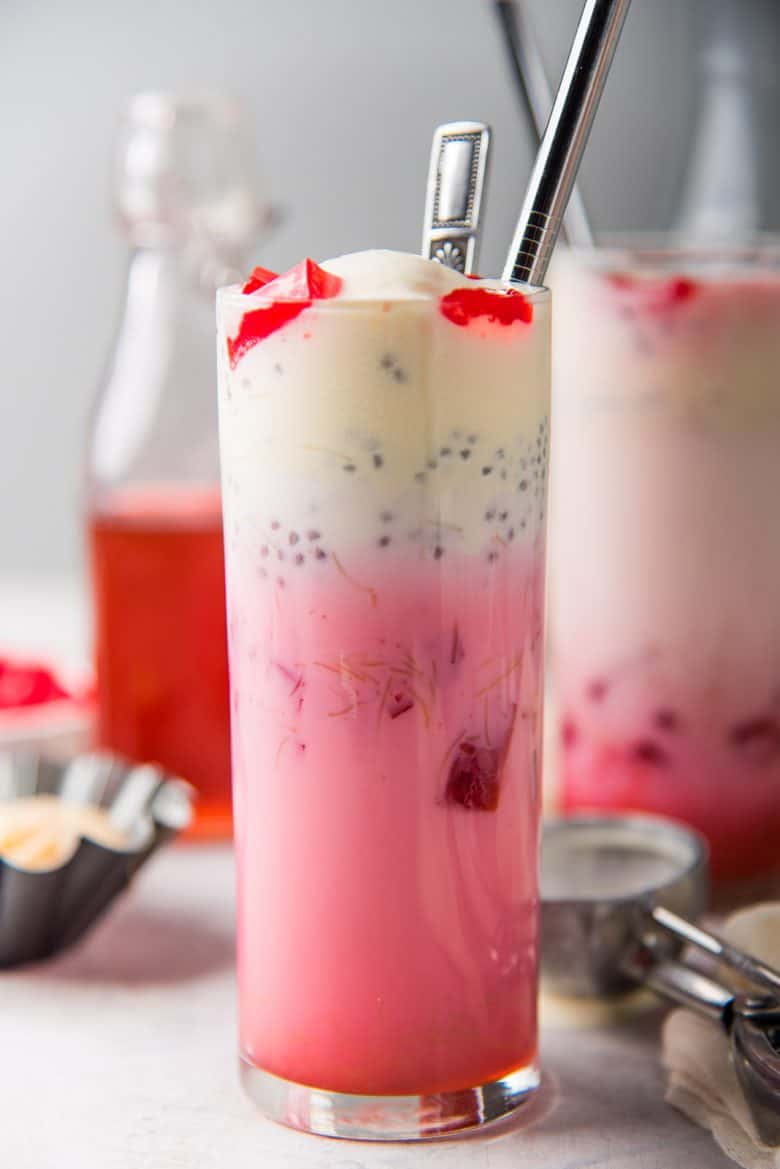 Falooda is a delicious dessert drink and a perfect summer treat! This is a big part of my childhood summers spent in Mattancherry with my cousins. After a day of playing football or cricket, a shower and a quick walk to a nearby juice shop for a falooda was a great way to cool off. This refreshing recipe is made of layers of rose syrup, vermicelli, basil seeds, sweetened milk, ice cream and dry fruits. It is sure to satisfy all your summery sweet cravings!!

Falooda or rabri faluda is an Indian version of a cold dessert made with noodles. It has origins in the Persian dish faloodeh, variants of which are found across West, Central, and South Asia. Traditionally it is made by mixing rose syrup, vermicelli, and sweet basil seeds with milk, often served with ice cream. The vermicelli used for preparing falooda is made from wheat, arrowroot, cornstarch, or sago.

Faloodeh dessert came to Medieval India with the many Central Asian merchants and dynasties that settled in the Indian subcontinent in the 16th to 18th century. The present form of falooda was developed in the Mughal Empire and spread with its conquests. The Persianate rulers who succeeded from the Mughals patronized the dessert with their own adaptations, specifically in Hyderabad Deccan and the Carnatic areas of present-day India. This dessert is now a major part of Pakistani and Bangladeshi culture, specially served on Islamic holidays, weddings and other occasions. It is also a well known part of Sri Lankan modern culture.