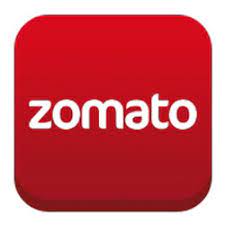 This country has gotten itself into another language related incident. Food delivery company Zomato landed in a soup after one of its employees told a customer, during a grievance redressal conversation, that everyone should know Hindi as it is the national language. The exchange soon triggered a Twitter storm with many slamming the company for imposing the language on customers. Zomato later issued a public apology for the incident in Tamil and English, and informed the customer that they have “terminated the agent for their negligence towards our diverse culture”.

On Monday, a Zomato customer identified as Vikash tweeted screenshots of his conversation with the company executive. The screenshots indicate that Vikash was having an issue with his order and had asked the executive to check with the restaurant. The Zomato employee informed Vikash that they had tried calling the restaurant five times but wasn’t able to communicate with the staff due to the “language barrier”.

The customer then said that if Zomato is available in Tamil Nadu, they should hire a Tamil-speaking person to understand the language and went on to ask the executive to contact the outlet to initiate the refund. In reply, the executive said, “For your kind information Hindi is our national language. So it is very common that everybody should know Hindi little bit.” She was ofcourse very wrong – Hindi & English are recognized official languages but we do not have a national language. As his tweets were shared online, even a local MP took to Twitter to ask Zomato about this.

The company later insisted that the employee’s remarks did not represent Zomato’s stance on language and diversity and called the incident “unacceptable”. A Tamil version of the app is also in the works, it added. The company needs to get the agent in question a lesson on India and how diverse we are and also she should learn some etiquette.