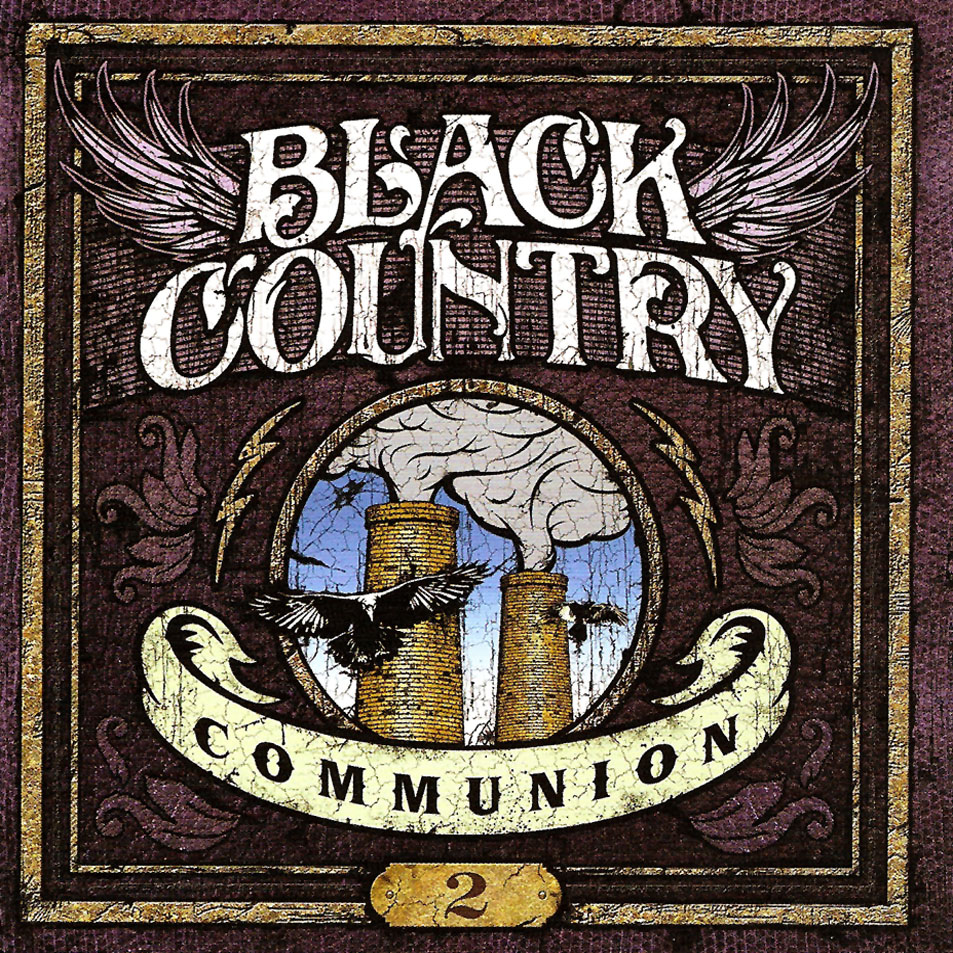 For those of you who do not know what or who Black Country Communion is/are, they are a rock supergroup formed by lead vocalist and bassist Glenn Hughes (former Deep Purple), drummer and percussionist Jason Bonham, keyboardist Derek Sherinian (former Dream Theater), and guitarist and vocalist Joe Bonamassa (solo). With chops like these it’s no wonder they created a lot of excitement when the band was announced. Hughes & Bonammasa had been working for a year in 2009 when producer Kevin Shirley suggested that they contact Jason Bonham to play the drums. Keyboard player Sherinian was also asked to joined, which he did gleefully.

Released on June 14, 2011, their second album, simply titled 2, is the album we are checking out today. Things start out with a bang and Hughes loud & powerful vocals fuel The Outsider. Sherinian’s keyboard work sounds a lot like Jon Lord at his best and Joe’s guitar work excels here. First single Man In The Middle is up next with a down & dirty, heavy blues-rock feeling. I get a bit of an Extreme vibe especially in the vocal delivery here, which may or may not be intentional. I haven’t heard any of Jason Bonham’s but I certainly am digging his drumming here. Bonamassa takes over vocal responsibilities in The Battle For Hadrian’s Wall which starts off acoustic before picking up. This is probably their best track till date, done really well and one of the best songs I have heard in recent years. The almost 8 minute Save Me was partly written by Bonham during his time with Jimmy Page and John Paul Jones when a Led Zeppelin reunion and future album may have been possible. Jason brought the song over to his new band mates and worked on it to form what we now hear. It has that Zeppelin sound & energy to it.

Smokestack Woman brings us more of that harder, fuller, rock and roll groove sound that BCC has come to be associated with. When I saw the title of this track, I was kinda expecting The Cult’s 1989 hit single Fire Woman. Bonamassa gives us a searing blues drenched guitar solo here. Faithless slows things down but not by much, just enough for us to catch our breath. But Hughes delivers a fine vocal performance here. Bonamassa once again picks up the vocals for An Ordinary Son an 8 minute epic. Slowly snaking it’s tempo up during the chorus, this is a fine group effort. I Can See Your Soul brings us back to Hughes’ vocals and the faster & heavier blues-rock. And then we get really down with the blues in Little Secret sung by Hughes but really it’s Joe’s song to showcase just why he is called one of the best guitarists around. Crossfire sees Hughes’s best bass work with some great harmonies and solid performances from all the band members. The final track Cold leaves you with the chills and you are left wanting more.

Transitioning from a super group to a band is not easy but BCC have done it and done it well. They are a rock force to reckon with. And we are the better for it. Enjoy the album and here is the video for Man In the Middle.