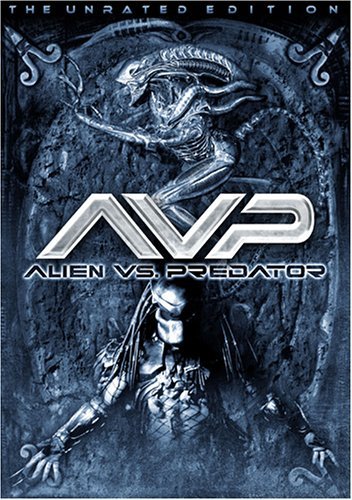 My first movie review of 2007 is on a sci-fi/horror/action flick that boasts the battle of two of Hollywood’s most awesome alien creatures. Alien vs Predator is a showdown between the two franchises, both owned by 20th Century Fox, and is an impressive special effects display of mammoth proportions. An expeditions of scientists investigates what appears to be a pyramid near an abandoned Antartic island outpost. They stumble upon an ancient civilization’s construction that used to house the Alien Queen and her offspring. The Predator species have been coming to earth once every 100 years in a warrior ritual of some kind in which they hunt the Aliens. The Predators themselves helped the ancient human civilization build the Pyramid and let the Queen Alien produce eggs that create enough formidable prey for the warrior race Predators. Now the scientist team are caught between them and finally one human remains, who joins forces with the lone remaining Predator to vanquish the Alien!

The movie got mixed reviews, opened well but soon disappeared from theatres across the globe. I remember this movie getting a huge, hyped up promotions, even in India, like it was the battle between two titans and the showdown was a must see. Well, after seeing it, I must say that : as always I am fascinated by Aliens & space and stuff. Especially where they are linked to theology. Like a few movies out there (Star Gate coming to mind as foremost among them), this one shows that early humans worshiped the much advanced Alien species and treated them as gods. Which is what I consider all such notions of any gods to be. If you claim that a god was here, I claim that he/she/they were aliens from another much advanced world.

Now that 2007 is underway, I have created a small wishlist of things that I want to get or happen during the next 12 months.

That outta do it for now!