The Adventures of Tintin has always been one of my favourite childhood comics. A few of my cousins & I being engrossed in reading and discussing the series is definitely a treasured childhood memory. As pictured above, the main cast of the comic book series is as follows: Captain Haddock, Tintin, Snowy the dog, Professor Cuthbert Calculus and the mumbling police detectives Thomson & Thompson. Pictured & certainly an essential supporting cast of the series includes Nestor, Captain Haddock’s butler, famed opera singer Bianca Castafiore & her maid Irma. Arch-villains are Muller the evil German doctor, and Rastapopolous the criminal mastermind.

Although the series start out with just Tintin on adventures with only Snowy for company, soon he is joined by the Captain, the Professor & the detectives. Incidentally, although they are remarkably alike in appearance and mannerisms, the detectives are not actually twins or even brothers! Something I learnt today. Which explains why they are called Thompson & Thomson (Thompson with a ‘P’ & Thomson without a ‘P’). They are always a hoot and manage to get themselves in trouble a lot.

Professor Calculus is nearly completely deaf & very absent-minded but has a lot of inventions that are widely used within the series and indeed been even the main storyline as well. Captain Haddock is a former Merchant Navy captain whose ancestor left him the beautiful Marlinspike Hall – a setting for some of the adventures. He is short-tempered and loves to drink and often uses cusswords like “billions of bilious blue blistering barnacles”, “ten thousand thundering typhoons”, “troglodytes”, “bashi-bazouk”, “kleptomaniac”, “anacoluthon”, and “pockmark”, but nothing that is actually considered a swear word.

These were often used by me and some other male cousins when verbally attacking my sister and our female cousins. And ofcourse Snowy, a loyal pet & companion who has gotten drunk on a few occasions by drinking spilled whiskey and is always on the lookout for a bone or two. 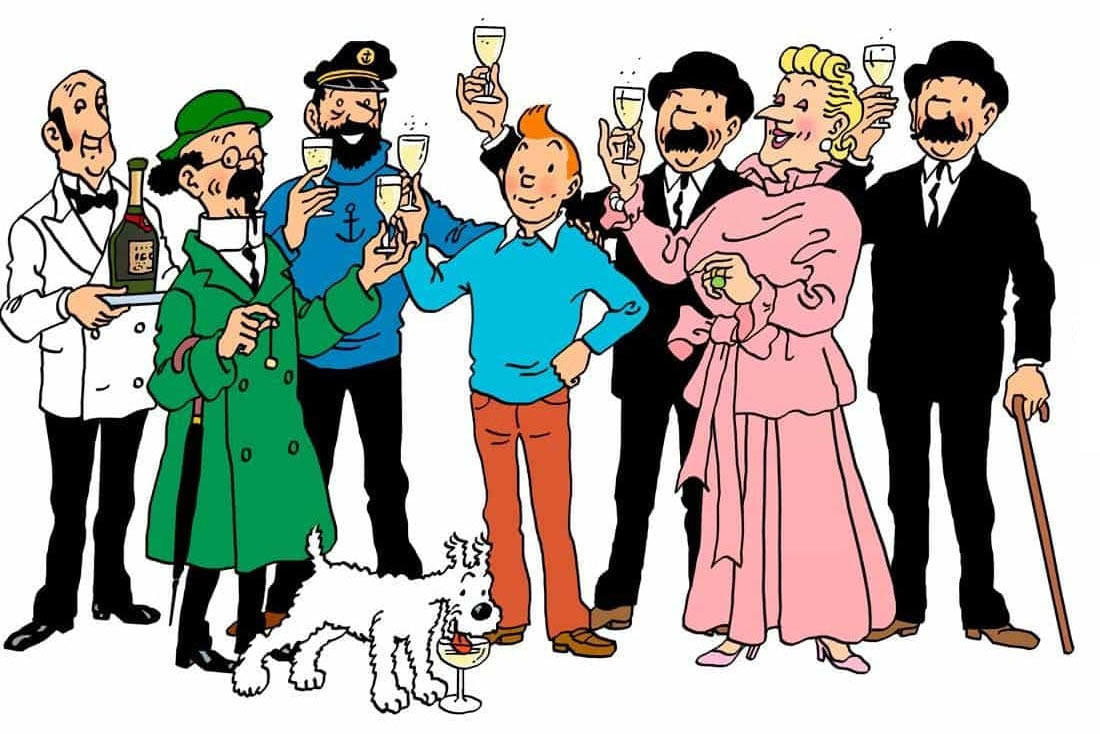 I got the new job that I had applied for! Yaay me! Surprisingly enough I was selected for the job of trainer in the call centre & customer care division of the rival cell phone service company of my current post. They are unable to take me on the company payrolls as I have not completed my graduation (fair enough)! The pay is much better and I feel really good about it. I almost jumped with joy, after meeting with the HR manager in this company and when everything was finalized. He asked me to complete the formalities today and I was eager to do so as well. I think, I kinda knew that I would get this job from the moment I met the call centre manager over there; it just gave me an overall great feeling. And I am so happy about it. So I went over to where I am supposed to sign up and waited until they drafted me the offer letter and other documents which I am to sign and fill and hand over to them in due time.

The downside of this is that I have to join them next week by Wednesday! That does not give me much time to prepare leaving from my current company and I won’t be able to give them a 15 day notice which is the norm. I know that no one likes to be faced with an executive who goes off without that 15 days but I cannot help it. I would love to be able to give them that – they have been great to me but not the main company! I have only good feeling about the bpo and my fellow staff there. I teared up as I sat and wrote my resignation letter and signed it in front of Baanu & Namrata. They were understanding but at the same time they too are planning on putting their papers and have supported my decision in quitting. I am gonna miss the both of them as whole lot.

What about my kids? The agents in the call centre, the majority of who I have given training and the majority of whom hold me close to their heart. I know several of them are gonna miss me and I am really gonna miss a lot of them. There are a few who are really new and a couple of downright assholes who I couldn’t care a rat’s ass about! Everyone else is dear to me. But all things must come to an end! I can always look back with pride and joy at what I have accomplished there. Song for the day – “Photograph” – NICKELBACK