Ok, not since the seeing the only true copy of Playboy have I ever drooled this much at an inanimate object! Er, yeah! Apple has come up with another state of the art innovation – The IPhone! It is a combination of a mobile phone, a multimedia player and wireless communication device, officially announced / launched by Apple CEO Steve Jobs on Jan 9th.It has a 3.5 in screen (320 x 480), 4Gb or 8GB internal memory, will support GMS, GPRS/EDGE, Bluetooth, Wi-Fi & you can also connect it to your computer. It weighs 135 grams. It runs on the OS X operating system and comes with Safari web browser. It has a 2 megapixel camera, widescreen IPod music, video and photo functionality, QWERTY screen keyboard, fingertop scrolling & a built-in rechargable (but non-removable) battery with up to 5 hours of whatever you are doing or 16 hours of listening to mp3s. If you live in the US you can get the phone only with Cingular wireless and that too on a two or three year contract with them – according to what I heard today – by June 2007. The 4GB will cost you $499 & the 8GB will come at $599. Europe will see the beauty towards the last three months of the year and for Asia it will only be seen by 2008! Till then, dream on! 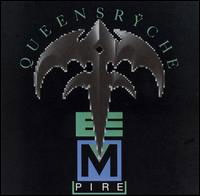 download madagascar escape 2 africa online I finally got round to ripping a few more cds into mp3s. That makes it a total of 10 cds now. I had already done it to a cd collection of songs that belongs to my cousin Manoj. Now that I have a small list completed, maybe Mike won’t make fun of me so much! Actually he will because he has completed more than a 1000 and I have 10! You do the math. But I will get there someday. Today’s list is :

So I woke up by 8 not really know knowing what to expect today. This being the first day in a new office, I was quite nervous. And I didn’t know what time I should be there. My friend, who also works there, informed me that unlike i most places, their working hours started at 9:30 am. I smsed the Assistant HR manager asking him what time I should report and was told to come by 11 am and meet his superior, who I had never met till now. So I stuck around, reading the paper at home and having a leisurely breakfast and checked my email. By 10 I was showering and shaving and the nervousness started to hit me pretty bad. I went there a few minutes before the said time and I waited for sometime before I was ushered in to meet the Admin head. His brief meeting with me was confusing, to say the least, and I was left wondering, did they change my mind. The other guy said that he would meet me in a few minutes, during which time all thoughts came to my mind. None of them were positive.

But he came back and we sat in a small room and he laid it on me. They have a new proposed project coming up and they would like to alter my profile and put me in it. He said that it would be better than what we had originally planned out and that to give him 4 days time. By Monday we would have a clearer picture and if that doesn’t go through, I could join up for what I had signed for. Sounds good to me! I said ok, a little confused but happy that it wasn’t bad news. I get four days off till Monday and I am supposed to call him on Saturday evening or Sunday morning for a clearer picture.

So I left and decided to calm my thirsty self by drinking a cold apple juice and I called my sister to tell her the news. I then went in to buy myself a big diary for work and went back home. I have my fingers crossed.