This is my favourite Simpsons moment. I swear, you can make fun of me, but tears come to my eyes when I hear this song. It just makes me feel so good inside!

Youtube has removed all clips of this but I was able to find one in a different language Simpsons but the song is in English.

For those of you, who don’t know, Jeff Healey is a great blues guitarist & singer from Toronto. His guitar skills and unusual style of playing (on his lap and with his left thumb also on the strings) brought him much critical acclaim and tons of fans. Although he is now mainly a jazz musician he is still known more widely for his blues-rock songs like Angel Eyes, See The Light, While My Guitar Gently Weeps, How Long Can A Man Be Strong & his appearance as a member of a bar band in the movie Roadhouse with Patrick Swayze.

Other than his own music he has also helped launched the singing careers of Amanada Marshall & others. He has a bar/club in Toronto which showcases many upcoming bands and also has his own Jazz oriented program on Canadian radio. He lost his eyesight as a one year old, to cancer. And although he has never let that stop him, he has had a continous battle with the wretched disease. On January 11th, Healey underwent surgery to remove cancerous tissues from both his lungs, his fourth cancer related operation. Let’s hope that he is free from it and gets well soon. 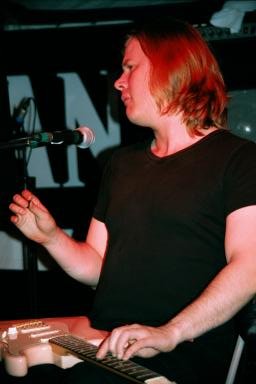 Song for the day – “When The Night Comes Falling” – JEFF HEALEY