over her dead body dvd

In a statement issued by the club yesterday, coach Jose Mourinho has left Chelsea on mutual consent. Mourinho is believed to have informed senior players of his decision to quit following training on Wednesday. His departure sent shock-waves through English & world football for the Portugese Jose has been the most successful coach in Chelsea’s long history. The outspoken manager has transformed the nation’s football landscape since taking over at Stamford Bridge in June 2004, winning two Premier League titles in his first two years in charge and the FA Cup last season. Of the 185 games he has been in charge, Chelsea have won 124, drawn 40 and lost 21, a record that includes a 60-match unbeaten run in Premier League matches at Stamford Bridge. Many players like Frank Lampard & Didier Drogba were very upset on hearing the news. However he was no doubt one of the most admired & most hated coaches in recent history, as he came across as being harsh & arrogant. 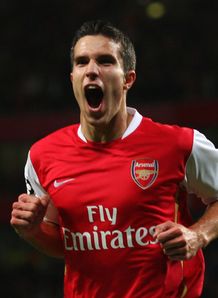 A first-half strike by top scorer Francesc Fabregas along with a goals from Robin van Persie and Eduardo gave the Gunners a 3-0 win and sent the London club to the top of Group H. The win gives Arsenal the edge to qualify on top of their group and advance to the next round. Although this is just the first of 6 games in the round robin round of 32, it’s a massive mental edge for the London club. However it was the Spanish club that started optimistically, in the sixth minute when winger Jesus Alves fired a spectacular effort narrowly over the crossbar with Arsenal goalkeeper Manuel Almunia floundering. But in the 27th minute Faregas converted the home side’s territorial advantage into a goal, with van Persie following in the 54th minute & Croatia international Eduardo put the icing on the cake for Wenger’s men deep into injury time.

I was planning on writing this post at the end of August but somehow it slipped my mind. August 24th marked the one year anniversary of the selling of our family home in Thrikkakara. Our house & home for 19 years and a couple of months. 19 Years might pale in comparison with my mother’s parents home of now oh, 45 years or so, but it’s a big deal to me. One need not think anything else of it other than the fact that, it was my home! My dad used his hard earned money, earned while living in a tiny 2 bedroom (about the size of a cardboard carton) apartment and working in a bank in Kuwait City. From infancy till the age of 11 I lived in Kuwait and coming back for good to India, meant living in a large house where I had my own room!

How important was your room for you when you were growing up? It was my sanctuary! I created a whole world in there, dreamt my dreams in there and wept my tears of anguish in there. It’s the place where I wrote my stories & composed my lame ass poems & songs. It’s the room where I spent most of time in. It meant so much to me, more than just four walls, an attached bathroom and a bed can ever mean.

the chase online download When I think of my room, I think about the posters of football & tennis players that I plastered all over the walls. Then it was my favourite rock bands & artists. I remember an aunt telling me that she liked the way I had placed them; I used to measure the distance of the posters’ edge to the ceiling and to each other. I can’t believe that I was that detail oriented. I remember the pain I felt when in 1995, they all had to be torn off as the walls were being painted just in time for my sister’s wedding! I also remember asking my dad if I could paint the walls black! You can guess what he replied! My room was the comfort zone I seeked when times got tough, when the outside world was ganging up on me. The place I went to hide, to leave the fucking world behind.

I have burried a few best friends in the ground next to the house enclosed by the walls. And before you have all weird images coming to you mind, I mean the animals I was lucky enough to have as pets. First there was Lassie – a puppy I only had for a few days. She was an energetic furball of pomeranian & alsatian mix. She knocked down a can of kerosene in the garage and drank it and died later. Then there were the two cats – brother & sister pair Chocolate & Lollipop! I know, I know, so sue me I was 12 at the time. The white cat Lolli died a year later and we had the male Choco for three years and I cried a heck of a lot when each of them died.

And then there was Shawny, the one I still think of everyday. She roamed the grounds within the walls of our property like a proud landlord. She ran to me with all her might when I called her. I got her in 1995 & lost her in 2005 when she died and she too is buried there next to a tree. I left a big piece of my heart when we finally moved from there last year.