Ottawa recovered from a loss to the Washington Capitals by beating the Montreal Canadiens 3-1 at home. The game entered the 3rd period with Montreal leading by a solitary goal, scored in the 1st period, but two goals from the Sens just 1:40 secs apart sealed the deal for the Ontario team. Daniel Alfredsson & Chris Neil had those two goals and the Swede had another goal to lead his team to victory. Martin Gerber stopped 28 shots for his league-leading 11th win.

to kill a mockingbird dvd

A couple of nights back, the Sens fell to Washington 4-1. Alfredsson scored his 11th goal late in the second for Ottawa, which lost for just the second time in 15 games (13-2-0).
Ray Emery stopped 31 shots in his third start of the season for the Senators. Senators defenceman Anton Volchenkov left the game in the first period because of a bruised right thigh.

Well I have successfully registered my domain name awakeanddreaming.org for another year. This url is mine for another 365 days from November 15th onwards. That was the day from which my account would have lapsed, had I not renewed it. I am bummed about the price that I had bought it though – last November I got it for just Rs.100 but this time I had to shell out Rs.500 to renew it! The price I got it for last year was at a discounted special offer. This time no discount. :(

But I can’t let this url go as I like it a lot. So got it I did. I went and dropped a check for Rs.500 at the post office and I received an email confirmation that my check has reached them and that the renewal has been confirmed. Now I have till Jan 1st to renew my server space account. That will cost me another 500 bucks.

Three Days Grace is a band that I have slowly come to like during the past three years. I first heard their music while I happened to see the video for their hit single Just Like You on Channel V. I immediately liked the song and wanted to know more about the Ontario, Canada based quartet. I soon got to download an mp3 of that song and another one Home from their eponymous big label debut, released in 2003. They started touring heavily behind that album and in 2006 released their follow up One-X which also gave them some chart success. Out of this album and probably their best song, is Never Too Late a song which has a controversial video about child molestation & anti-suicide. This is a good song and a good video so take a look. 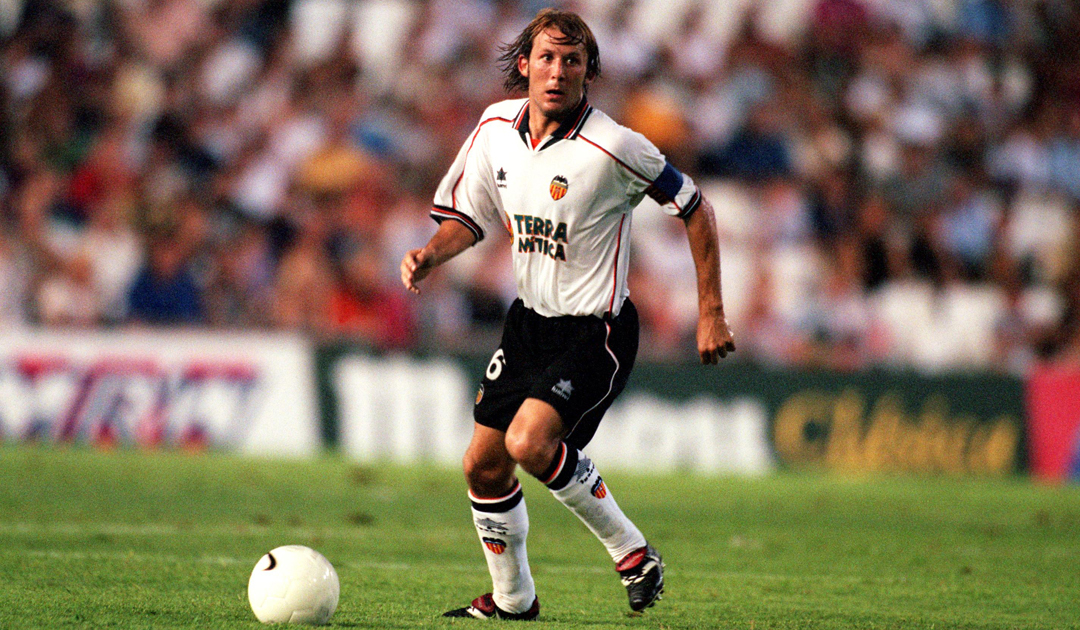 A few years ago, I became a fan of Spanish midfielder Gaizka Mendieta. He was Valencia CF’s captain, playmaker & midfield general, the heart and soul of the team. I watched as this very talented footballer lead his club to the top 4 of the Spanish League. Valencia were a very talented team and they won many admirers throughout the football world with their exciting & passionate play, based around the gifted Mendy, as he is affectionately called. He led Valencia to two consecutive Champions League finals in 2000 & 2001 only to lose both. In 2001 he made a big move move from Valencia to Italian giants Lazio for 48 million pounds but he had a very disappointing season with them. Lazio loaned him to Barcelona for the 2002-03 season and then to English side Middlesborough in 2003-04. He made the move to the EPL permanent and is still a member of the ‘Boro squad.

In his time at Middlesbrough FC, Mendieta was part of several memorable footballing moments including Carling Cup glory bringing Middlesbrough their first ever silverware, and also an inspriational performance against Manchester United scoring two goals. However injuries and long durations to gain match fitness has seen him relegated to the substitutes bench and falling out of favour with the bosses. But many fans are vocal about their support for him and to see him playing in the first team. Mendy hasn’t featured in a long time and it would be wise for him to see out his career at another club.

This brings me to think about several other good players whose careers suffered after moving to a much bigger club. Don’t get me wrong; Valencia is a big club with plenty of support. But I am talking about the really big giants like Man U, Arsenal, Liverpool, Chelsea, Inter Milan, Juventus, AC Milan, Lazio, AS Roma & especially Barcelona & Real Madrid. Ironically, after Mendieta moved from Valencia, they have gone on to win the Spanish La Liga twice, the UEAF Cup & the UEFA Super Cup once each!