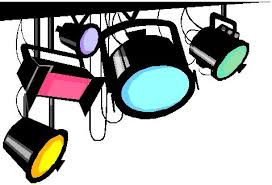 I shall give you a run down of the event in a timeline :

7:30 am : Wide awake now, I played the songs that I needed to perform and went through the lyrics

10:00 am : I’m at the office and proceeded to work, since Eldo said that he was in the city and would be back later. Met Patrick and we decided to get some work done as we wait for Eldo.

11:00 am : Eldo comes down to the office and announces that Tony will in fact play with us. He knows the songs well and he wanted to join us on bass. Great!

11:15 am : Eldo gets pulled to the venue as he is also in charge for a lot of the organizing and the others lost the paper in which he had mentioned all the details. He said that he would be back in 30 minutes.

1:15 pm : Since there is no sign of Eldo I went for lunch with Manoj, our MIS guy. Came back and worked on some reports and mail at leisure. It was quite at the office and I enjoyed it.

3:00 pm : Eldo finally makes it back to the office. We still haven’t practised today and he is going nuts due to the pressure of the event. We manage to get everything hooked up and practise Smoke On The Water & Summer Of 69 a couple of times. Tony comes with his bass and also brings with him the tracks for the two songs and also one for It’s My Life by Bon Jovi. We play it once and the guys all want it to be included so we agree to do so.

5:15 pm : Packed up, we head out to the venue nearby in Tony’s car. Two guitars, a bass, an amp & keyboards are finally balanced in along with 4 guys in a small car. As soon as we get there, we keep the equipment safe in the changing room and go to enjoy the other events in the show.

7:30 pm : I begin to wonder if we will ever reach the stage. There are way too many programs in the show and I am beginning to get nervous.

8:30 pm : Finally, we are announced as the office rock band and quickly we set up the keyboards, bass & guitars. I ask the crowd “Are You Ready?” and I am met with a thunderous roar of eagerness. Holy Shit! The lights are directly in my face and I can’t see anyone clearly. I was handed a mic which was not that great, so one of the MCs taps me on the shoulder and hands me a new mic – in the middle of the second verse of Summer Of 69! What the fuck? I fumble the timing & the lyrics but we manage to get back on track and finish the song. The audience didn’t know what happened as they don’t know the lyrics!

We blaze into Smoke On The Water and it’s going great. Except that I can’t make out that it’s actually my voice coming out of the mic! I sounded like a 14 year old kid. Some of my friends are rocking out nevertheless and we finish it in a flourish. I wanted to stop there and was about to make my way off the stage when the others insisted on us doing It’s My Life. I fumbled the que to start the first line, so we stopped and start in a jiffy. Surprisingly, most of the crowd do not know the song and stand still. However there is a section of the audience who are dancing their asses away and they join us on stage towards the last chorus. I grab onto a guy (drunk) so he won’t bang into Eldo and pretend that it’s great.

So we finish and I was not happy with my vocals. I get lots of plaudits for my performance! My AM, my colleagues, some of my trainees are so happy and congratulate me! Really?

Anyway, I was so done, that I went and did something that I haven’t done in years. So many many years. I went for a smoke! Yeah!