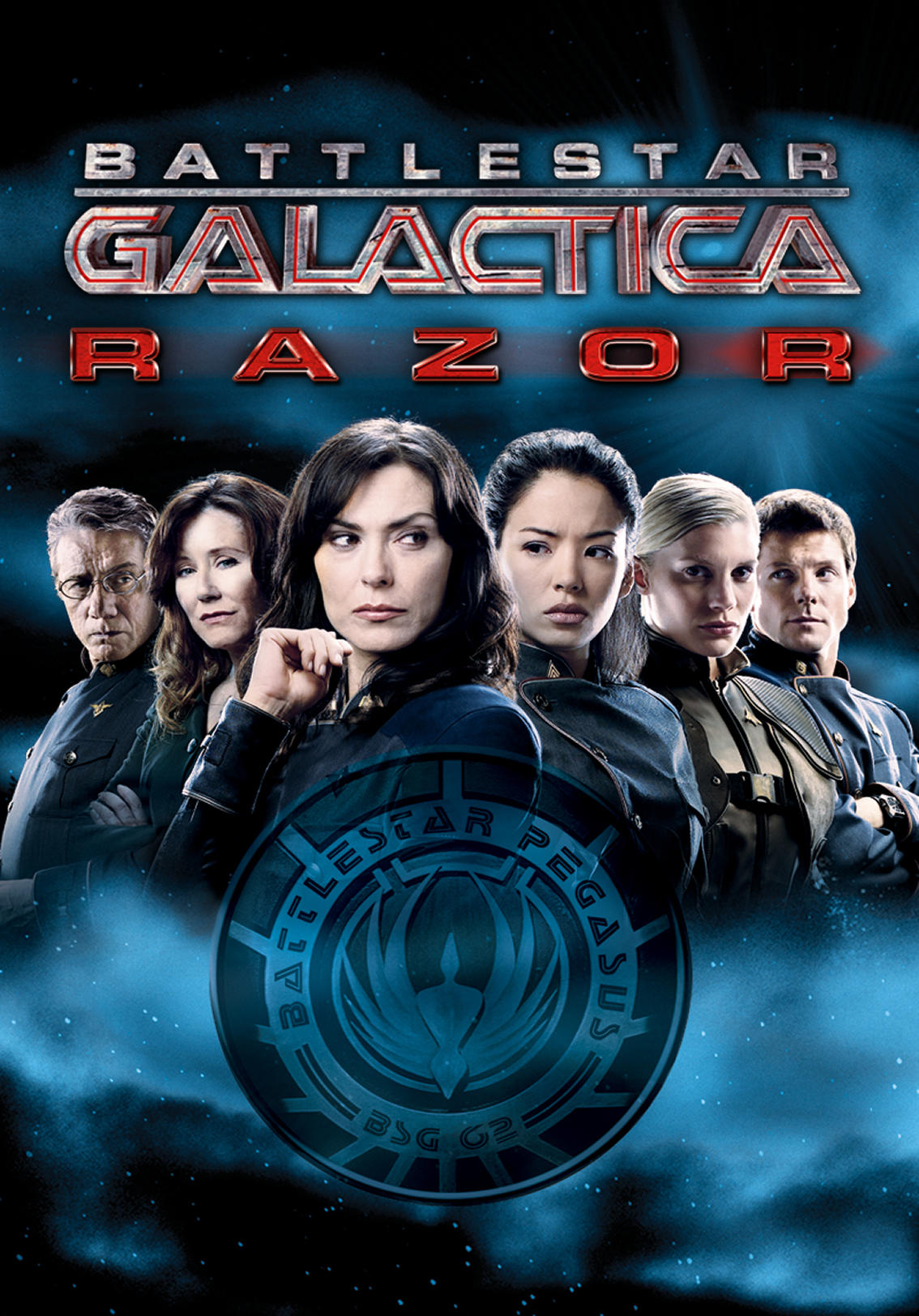 Lucky me, I was able to download a copy of Battlestar Galactica : Razor the new tele movie from the makers of the new series. It serves as an apetizer for the 4th and finals season of BSG. The events of the movie are partially in flashback mode. Lee Adama as his XO; she was considered to be Cain’s legacy. First coming aboard Pegasus less than an hour before the Cylon attack on the colonies, Shaw helped Admiral Cain make a risky “blind jump” that saved the ship from destruction at Scorpion Fleet Shipyards and earned her Cain’s respect & trust. Kendra’s flashbacks tell us about how Cain’s inspiring speech on learning about the destruction of the colonies, rallied the crew. And of how Cain shot her executive officer, Jurgen Belzen (Steve Bacic), who she was very close to, for refusing an order to attack a Cylon staging area filled with raiders at the risk of losing people.

We also come to know about how the cylon Gina Invierre (Tricia Helfer) came to be discovered. Gina worked on the Pegasus and was having a lesbian relationship with Cain. It was also during the mission in which Belzen is shot, that Kendra sees Gina helping Cylon centurions board the Pegasus and sees another copy of Number 6. Cain is furious and imprisons Gina and has her beaten & raped as torture. Kendra also started a massacre of innocent civilians on smaller ships, as Cain orders her crew to take all useful parts from the ships.

Meanwhile, Starbuck & Kendra clash on a rescue mission when Shaw makes a defensive maneuver to protect Pegasus despite endangering Starbuck and her wingman. Both pilots land safely but an old Cylon raider (the ones in the old BSG series) crashes into Pegasus. Sharon Agathon informs the others about a Cylon myth that tells of a group of original centurions tasked to guard the first hybrid built by the Cylons as a result of their human experiments. Admiral Adama then recalls his rookie mission as a viper pilot, when he encountered the same hybrid, and concludes that the Cylons must still be pursuing the experiments with the captured science team as new test subjects.

They decide to go after the base star, arm a nuclear warhead and destroy it. Kendra & Starbuck are in the team that lands in a raptor into the base star. The get in but are discovered by the old cylons and a shoot-out ensues during which a couple of humans are lost and Kendra is injured by a shot. The warhead gets damaged which means that someone must stay behind to manually trigger the weapon. Shaw holds a gun to Starbuck’s head and makes her leave with the others. Alone on the ship, she is about to detonate the warhead when she comes face to face with the old Cylon hybrid, which looks like an old man in a tank.

The hybrid, seemingly wise, offers absolution to Kendra for her part in the massacre of innocent lives. He also tells her that Kara Thrace is “the herald of the apocalypse, the harbinger of death” and that “they must not follow her.” An astonished Kendra tries to relay this information to Lee Adama, but is stopped when the Cylons jam communications. Her final act is to detonate the nuclear warhead by hand, destroying the basestar.

Adama & Lee reflect on Cain and Kendra as Adama decides to recommend a posthumous commendation for Kendra despite Lee’s protest. He states that Kendra butchered many innocent civilians but Adams says that the commendation is necessary under the circumstances as Pegasus’ crew will need it to soldier on. Lee finally agrees.

The razor in the title refers to a razor knife that we see Kendra fiddling with. It used to be Cain’s and it was given to Kendra as a sign of respect.

A good one by IMRATIONAL

download four brothers You gods will be forgotten in due time, your religions will soon die out just like your gods will. Just like the Egyptian gods, Norse gods, Greek gods, Mayan gods & the Roman gods died out, so will Allah & Vishnu & Shiva & Jesus. –