I have 5 games to update you on. Last night (today morning if you live in India), the Senators beat the surging Buffalo Sabres 5-3. Antoine Vermette, Daniel Alfredsson, Wade Redden, Mike Fisher & Dany Heatley scored a goal each. Heatley also had two assists to snap Buffalo’s 6 game winning streak, in a match which saw Redden become the first defenseman in Senators history to score 100 goals!

On the 23rd Ottawa beat the New York Rangers 3-1 with goals from Chris Kelly, Jason Spezza & Fisher to bounce back from a 3-4 defeat to the Chicago Blackhawks the previous night. Heatley had two goals in that game and Dean McAmmond had one. Two days prior to that Spezza & Alfredsson had the goals in a 2-3 loss to the Atlanta Thrashers.

On the 18th of this month the Sens had an away win at Boston as they beat the Bruins 3-2 with a brace of goals by Spezza & one by Luke Richardson. Now, after 32 games with 24 wins, 8 loses & 4 ots for a Eastern Conference leading 52 points. They are 5 points behind Detroit for the league lead. 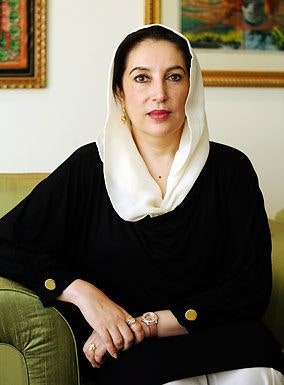 Former Prime Minister of Pakistan Mrs.Benazir Bhutto was assassinated today while at a political rally of the Pakistan Political Party at Rawalpindi. Her death was due to the combined suicide bomb attack and shooting. The Harvard & Oxford educated Bhutto was contesting for the upcoming elections to be held in Pakistan. A suicidal assassin reportedly fired shots in Bhutto’s direction just prior to detonating an explosive pellet-ridden vest, killing approximately 15 people and wounding many more.

The attack occurred just after Ms. Bhutto left the rally, where she had given a campaign address to party supporters in the run-up to the January 2008 parliamentary elections. She died at 6:16 pm local time at Rawalpindi General Hospital. At the hospital where she died, some smashed glass and wailed, chanting slogans against President Pervez Musharraf.

Who knows what the repercussions will be for our neighbours in an already volatile state and how it will affect India? On a personal note, I am saddened as I admired her a lot.