Everything comedic actor Seth Rogen turns to gold. Something of a sure hit actor, Rogen is at the helm of Pineapple Express brick lane online download but it’s James Franco who steals the lines and the kudos for this stoner hit buddy comedy. It’s about Dale (Rogen) who is a process server and who witness a murder committed by drug lord Ted Jones (Gary Cole) & his corrupt cop girlfriend Carol (Rosie Perez) on a rival Chinese gang member. Scared Dale toses his joint to the road and drives off but Ted recognises the rare weed strain as that of Pineapple Express. Cole has exclusive rights to that cannabis and he has only sold it to a local dealer – Saul Silver (James Franco) who sold it to Dale. Dale and Saul are on the run now from Ted and his minnions. What follows next is some funny scenes as the two friends try to escape.

There’s Red, who is a supplier, and who initially fights with Saul & Dale as he tries to give them up to Ted’s men in order to save his life. Red will later join up with the two friends. The fight scene in Red’s house is funny as hell but it also looks painful.

The duo try to save Dale’s girlfriend from the fiends but they only end up making her parents hate Dale, labelling him a loser. The two also sell some dope to a trio of school kids for some cash and Dale gets caught by a cop. While driving in her car Dale does manage to convince her of the corrupt female cop but Saul ‘rescues’ Dale and escapes in the car – driving it with one foot stuck through the windshield!

miss potter download the good night online download Finally there is the shooting & fighting scene with big explosions and Red who manages to get shot 7 times but still walks upright! Must be influenced by Bollywood movies! Ted’s lair, a barn and underground pot grow house which used to be an old Army base, gets blown up.

What I will forever remember about this movie is Saul telling Dale that Pineapple Express is “the dopest dope” when explaining about it’s sheer quality. And after telling him to smell the bag, he says that it “smells like God’s Vagina!”

The perfect song for Friday the 13th; infact it’s taken from the soundtrack of the 5th sequel to the original Friday the 13th movie! Sung by none other than Alice Cooper here’s the video for He’s Back (The Man Behind The Mask). 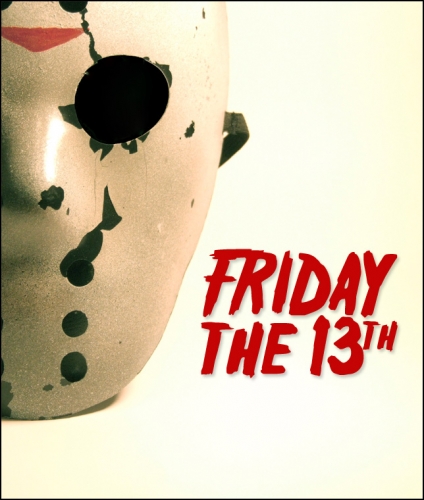 According to historical notes he earliest known documented reference in English occurs in an 1869 biography of Gioachino Rossini: [Rossini] was surrounded to the last by admiring and affectionate friends; and if it be true that, like so many other Italians, he regarded Friday as an unlucky day, and thirteen as an unlucky number, it is remarkable that on Friday, the 13th of November, he died.

One theory states that it is a modern amalgamation of two older superstitions: that thirteen is an unlucky number and that Friday is an unlucky day. According to the Stress Management Center and Phobia Institute in Asheville, North Carolina, an estimated 17 to 21 million people in the United States are affected by a fear of this day.